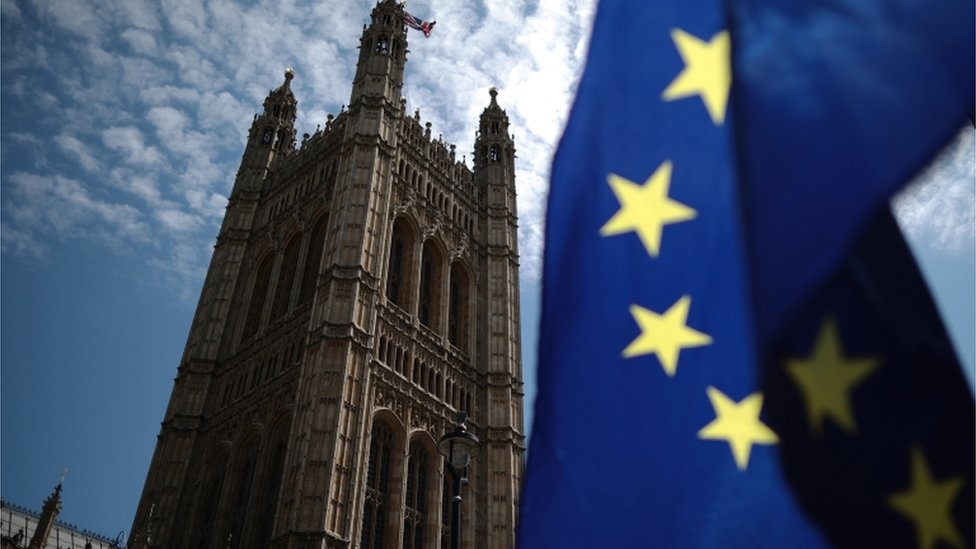 Tory rebels “could collapse the government” if they vote against a Brexit deal negotiated with the EU, a leading rebel has said.

Dominic Grieve said he wakes up “in a cold sweat” thinking about what could happen if a final deal is rejected.

But he suggested rebels would not back down in a current row with ministers about how much of a say MPs should get.

The EU Withdrawal Bill returns to the Lords and Commons this week, with further rebellions expected.

Last week the government avoided a defeat on the bill after agreeing to hold further talks with rebels.

They want a bigger role for Parliament, should a final Brexit deal be rejected by MPs, or if no deal is reached – the so-called “meaningful vote”.

Former Attorney General Mr Grieve told BBC One’s Sunday Politics that he thought they had agreed MPs could have an “advisory” vote, that would not order the government to do anything, but would help people to “keep calm” during what would be a “critical situation”.

But after two days of talks, Mr Grieve said a government amendment drawn up to avert a rebellion was changed at the last minute and was now “valueless”.

He implied rebels would vote against it this week: “I’m absolutely sure that the group is quite determined that the meaningful vote pledge, which was given to us, has got to be fulfilled.”

He added: “The alternative is that we’ve all got to sign up to a slavery clause now, saying whatever the government does, when it comes to January, however potentially catastrophic it might be for my constituents and my country, I’m signing in blood now that I will follow over the edge of a cliff, and that I can tell you, I am not prepared to do.”

What the government’s amendment says

The government’s amendment to the EU (Withdrawal) Bill sets out what must happen in the event of three scenarios: If MPs vote down the UK-EU Brexit deal, if Theresa May announces before 21 January 2019 that no deal has been reached, or if 21st January passes with no deal being struck.

Under these circumstances, a minister must make a statement in Parliament setting out their next steps and give MPs an opportunity to vote.

However, the vote would be on “a motion in neutral terms”, merely stating that the House has considered the statement.

Rebels had originally wanted the amendment to say that the government must seek the approval of Parliament for its course of action – and that ministers must be directed by MPs and peers.

When it was put to him that voting against any Brexit deal at “the 11th hour” of negotiations could cause the government to collapse, he replied: “We could collapse the government and I can assure you, I wake up at 2am in a cold sweat thinking about the problems that we have put on our shoulders.”

Last week another Conservative MP, Tom Tugendhat, told Sky News there was “going to be a new government” if MPs rejected the government’s Brexit deal.

Solicitor General Robert Buckland said that “however well intentioned” Mr Grieve’s plan had been, his worry was that “it actually plays badly in the most important negotiation, which is over in Brussels”.

It would imply to the EU, he said, that “there’s a third party in this relationship” – Parliament – which could “trump whatever the UK government say”.

He said ministers would stick with the new amendment for Monday, adding: “Let’s see what the Lords make of it. Of course we have Tuesday to consider matters ahead of the Wednesday vote.”

Earlier the prime minister defended her handling of the row.

She told BBC One’s Andrew Marr Show she had met Tory rebels and “undertook to consider their concerns”.

She admitted there had been “a debate” about what a “meaningful” vote for Parliament meant: “I’ve listened carefully to the concerns, I’ve put an amendment down which I think balances this issue of the role of Parliament together with the need for us to ensure we don’t overturn the decision of the British people.”

But she said Parliament “cannot tie the hands of government in negotiations”.

The main purposes of the EU Withdrawal Bill are to end the supremacy of EU law in the UK, and transfer existing EU law into UK law so the same rules and regulations apply on the day after Brexit.

But as it passes through Parliament, MPs and peers have been trying to change it, in some cases adding bits on that would change the government’s Brexit strategy.

The government says the whole row is about a “hypothetical” scenario and they are “confident we will agree a good deal with the EU which Parliament will support”.