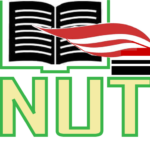 The Nigeria Union Teachers (NUT), Bayelsa State chapter, on Tuesday called off its strike and directed primary school teachers in the state to resume academic activities.

The union said it stopped the industrial action following the release of N300million by the state Governor, Mr. Seriake Dickson, to augment payment of primary school teachers’ salaries in local government areas of the state.

In a statement issued on Tuesday by NUT Chairman in the state, Kalaama John Tonpre and Secretary, Johnson Hector, the Union thanked the state government for the gesture, saying it would go a long way to alleviate their plight.

Others who endorsed the statement are the Chairmen of five local councils including the Vice-Chairman of the Association of Local Governments of Nigeria (ALGON) in the state, Kuroghofa Walter Benwari and its Secretary, Ebiango Egain.

The decision to stop the strike, the union said, was reached after exhaustive deliberations between the various local councils and executive committee of the NUT in Yenagoa.