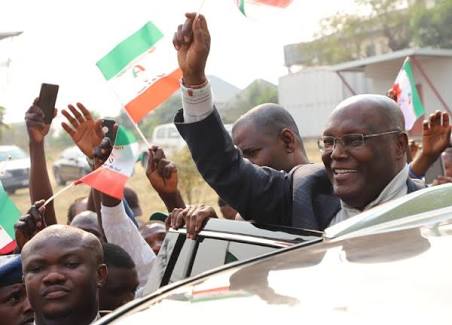 Both Atiku and his running mate pointed out some policies they intend to operate if elected.

Reacting, Bruce said the performance of Atiku and Obi was an indication that Nigeria needed them.

In a series of tweets, the business mogul said despite the alleged hostile environment and pressure, Atiku “never cracked.”

He commended Atiku for responding to his principles and not the environment.

“Under pressure, @atiku did not crack. This is kind of leader Nigeria needs. A leader who will never crack under pressure. This is why I will vote for Atiku. #NGCandidates

“The environment was hostile, yet @atiku was friendly and professional. That is Leadership in action. A man who does not react to his environment, but responds with his principle. #NGTheCandidates,” he tweeted.

On his part, veteran journalist and Publisher, Dele Momodu insisted that Atiku’s performance was far better than that of President Muhammadu Buhari.

Momodu tweeted: “I think whosoever watched the ATIKU ABUBAKAR and PETER OBI performance tonight would have decided who to vote for on February 16, 2019.

“As for me and my house, I think ATIKU ABUBAKAR is far better than MUHAMMADU BUHARI but YEMI OSINBAJO and PETER OBI can duel.”

The Senate President, Bukola Saraki on his part tweeted: “With the February 16th General Election drawing closer, tonight, our Presidential and VP candidates, @Atiku and @PeterObi, were guests on #NgTheCandidates where they laid out their well-articulated plans to tackle insecurity; create jobs; and get Nigeria’s economy working again.”