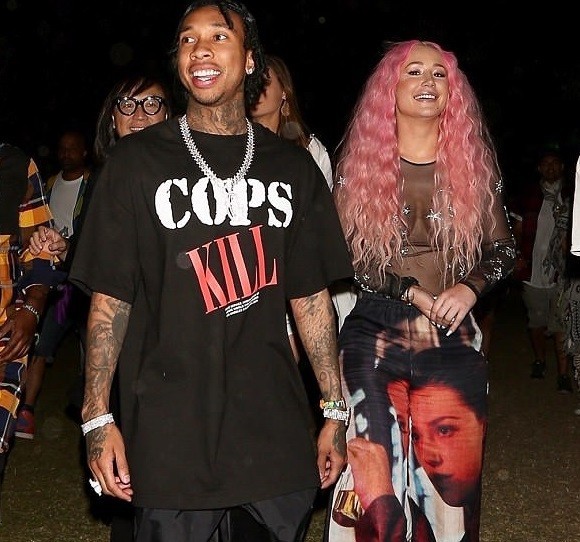 Photos: Tyga and Iggy Azalea continue to fuel dating rumors as they step out together again at Coachella

Rappers, Tyga and Iggy Azalea continued to fuel romance rumors as they were spotted together again after their initial appearance at Rihanna‘s  Fenty x Puma party on Saturday

On Sunday, Tyga, 28, and Iggy Azalea, 27, were seen at Coachella in Indio, California.

The pair were pictured enjoying each others company throughout the entire festival at the weekend.

For the outing, the ‘Ayo‘ rapper rocked a pair of black baggy trousers and an oversized black shirt, that made a political statement: ‘Cops kill.’ 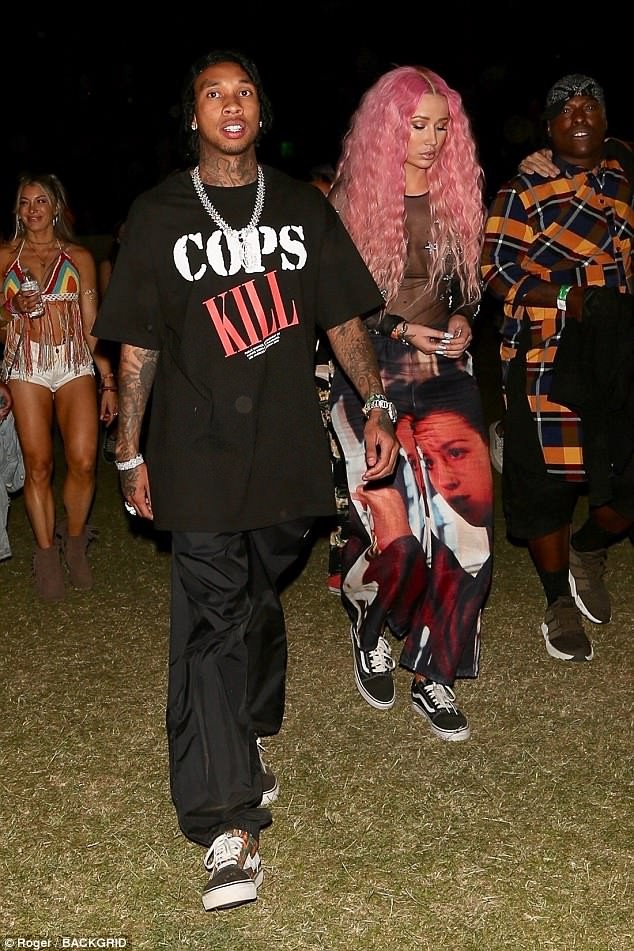 While the ‘Fancy‘ hitmaker, put on a very revealing show by donning a black see-through sheer long sleeve top, and protected her modesty with her long pink hair. She completed her outfit with a pair of graphic print wide leg trousers and black trainers. 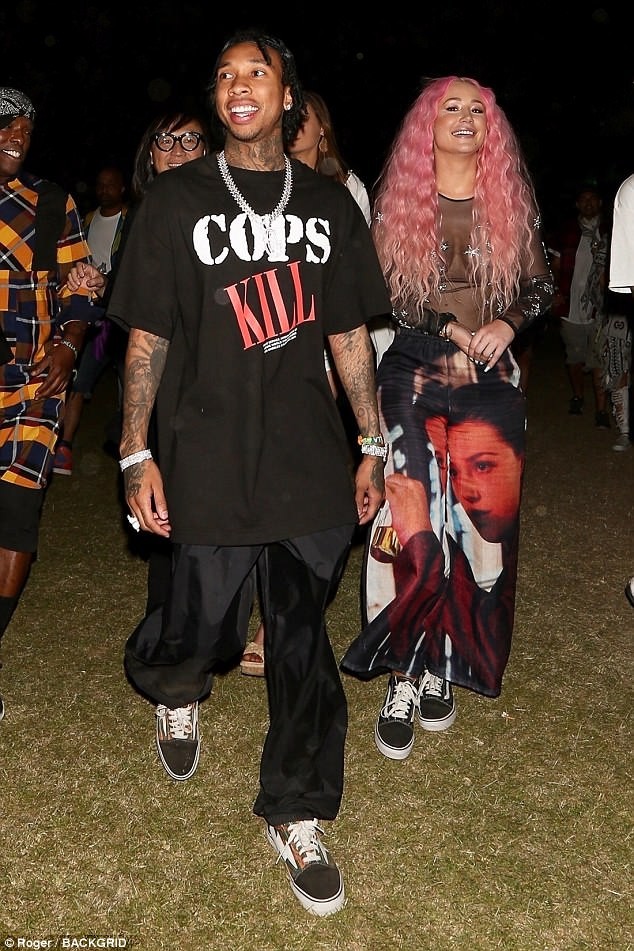