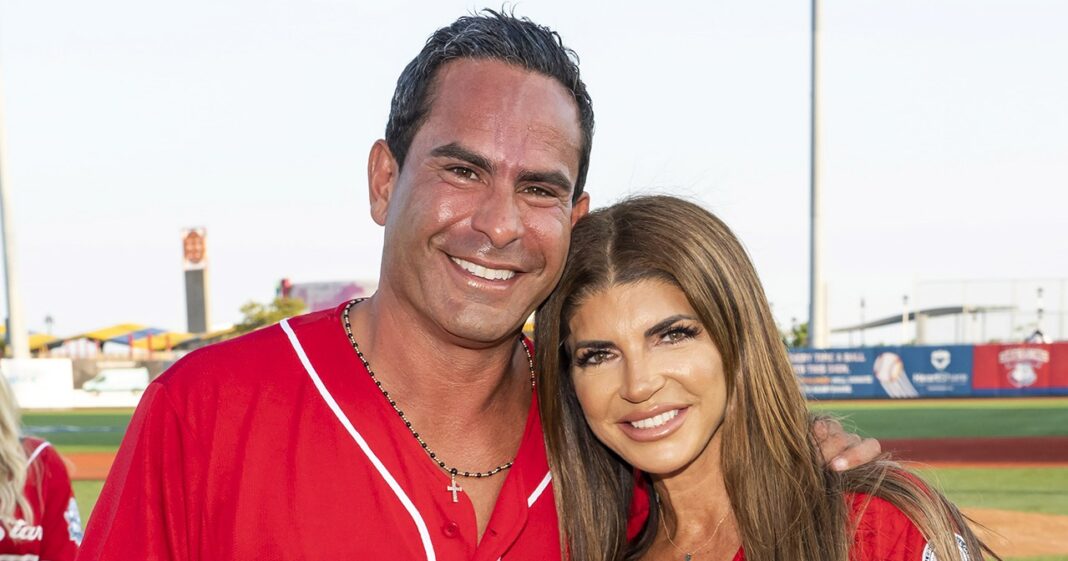 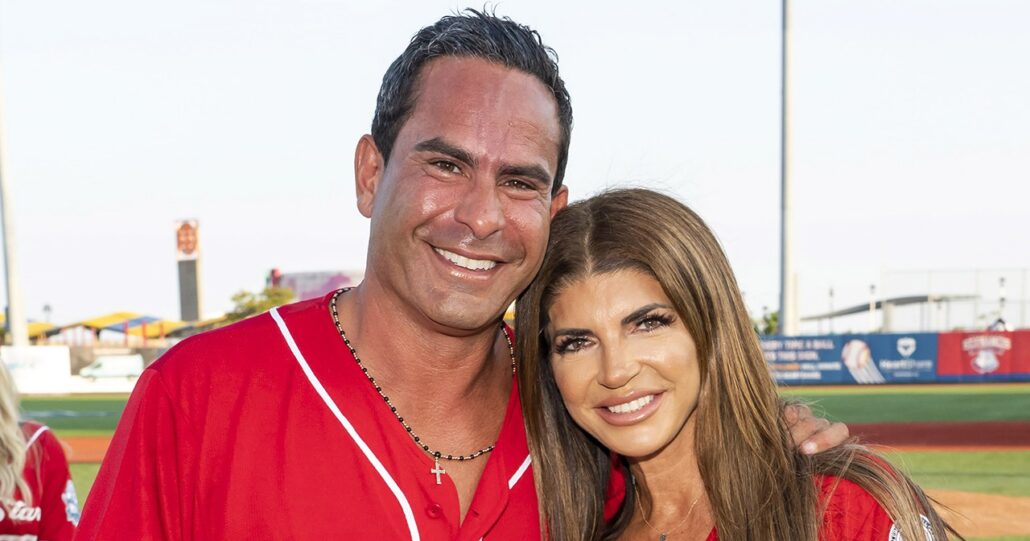 So in love! Teresa Giudice and boyfriend Luis “Louie” Ruelas couldn’t keep their hands off each other while participating in a charity event, an eyewitness told Us Weekly.

The Real Housewives of New Jersey star, 49, and the entrepreneur, 47, hit the field for a softball game benefitting Maimonides Medical Center on Thursday, August 12. The Turning the Tables author was also joined by her eldest daughter, Gia, 20, and castmates Melissa Gorga, Dolores Catania, Jackie Goldschneider, Jennifer Aydin, and Margaret Josephs. Held at Maimonides Park in Brooklyn, New York, the game was a face-off between the New Jersey Housewives and the Maimonides All-Stars.

Also Read: Everything Vin Diesel And Dwayne Johnson Have Said About Their Feud

“Louie and Teresa were inseparable,” the insider told Us of the happy couple. “When it wasn’t their time to be out in the field, they would stand next to each other on the sideline and touch each other, constantly hold hands. Louie kept putting his arm around her. Then, when it was their time to bat, they would give each other a quick kiss on the lips.”

The reality star began dating Ruelas in November 2020 after finalizing her divorce from Joe Giudice. The pair split in December 2019 after Joe, 49, was deported to his native Italy. The former spouses also share daughters Gabriella, 16, Milania, 15, and Audriana, 11.

Six months after Us confirmed Teresa’s relationship with Ruelas, Catania, 50, said that she could see an engagement in the cards for the duo.

“I see a marriage there,” she told Us in May. “I see the potential for so much and a life together, and I see a lot of love between them. So, I’m optimistic about what’s going on there.”

According to the eyewitness, the twosome is still going strong.

“It’s obvious Louie and Teresa are very much in love,” the insider added. “They weren’t just putting on a show for the cameras. They were acting like no one was around them at times, yet everyone watched them on the field. They must have kissed each other about 10 times throughout the night. They barely left each other’s side.”

The businessman also interacted with RHONJ fans who were watching the game from the stands.

“They chanted for them to kiss, and so they did,” the source explained. “They’re both very into each other, and it seems like Gia likes him a lot too since they chatted. … Teresa was in a pleasing mood, and you can tell it’s because she found someone she’s in love with.”

Keep scrolling for more photos from the softball game:

With reporting by Diana Cooper 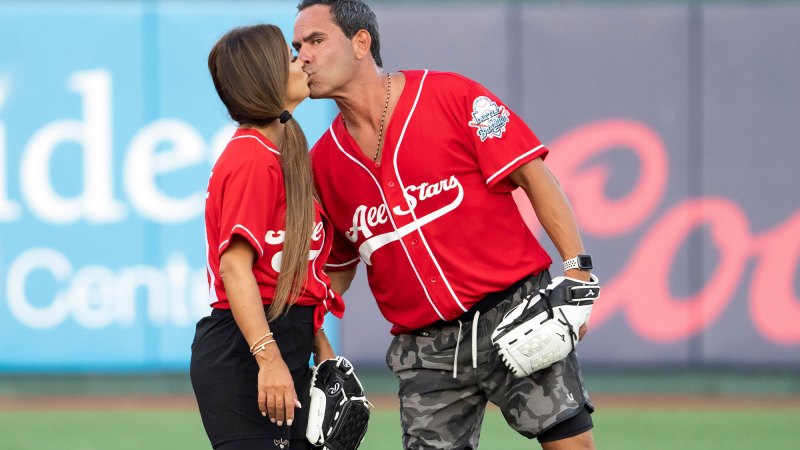 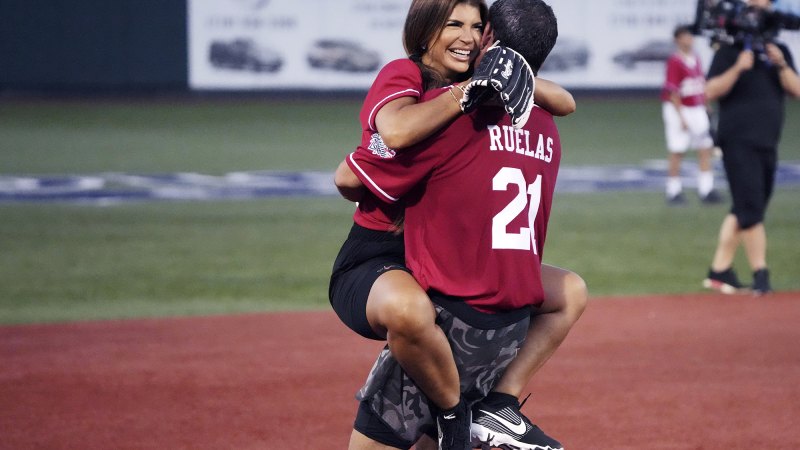 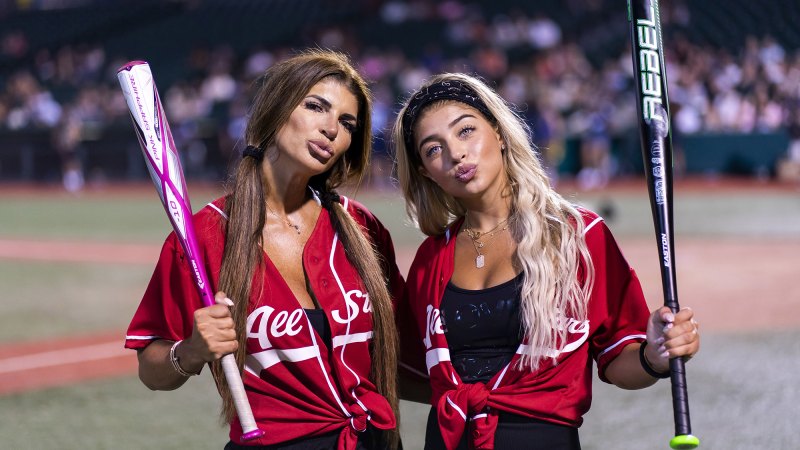 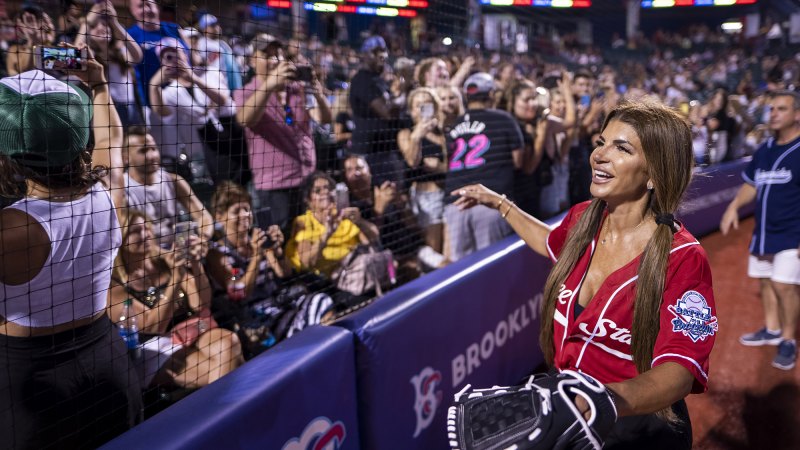