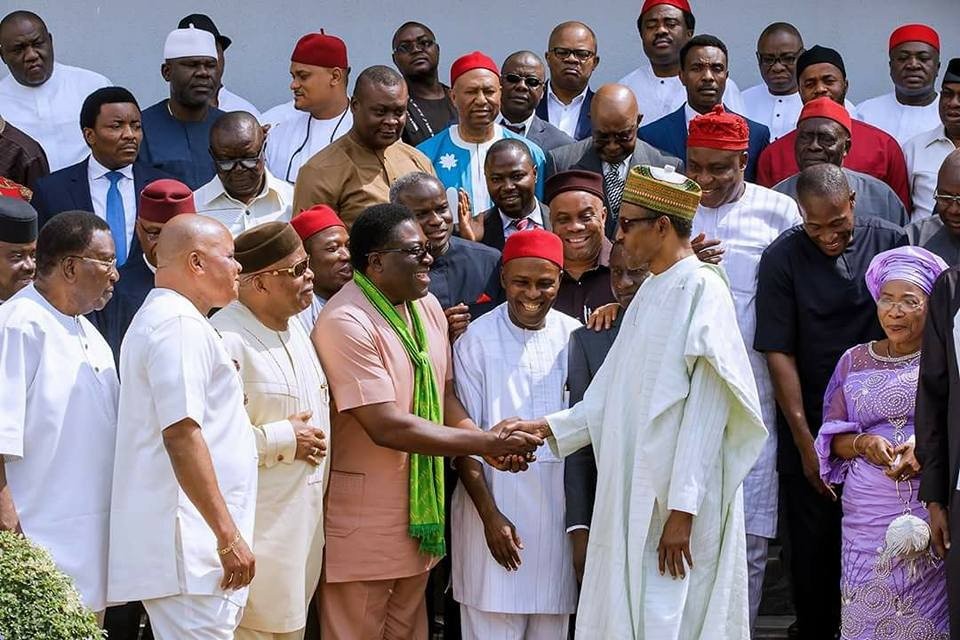 It is our conviction that  four years is not enough for you to complete this worthy journey hence the need for another four years to enable you make Nigeria truly great. We implore Mr.President, as a just and fair-minded leader, to make history by supporting the zoning of the office of the President in our great party to the South East at the end of your second tenure in office as President in 2023.” he said

‘I am appealing to you to try to restrain your people’ – President Buhari tells Governor and elders from Benue state
In Edo 3 reverend sisters kidnapped from convent regain freedom
Photos: President Buhari meets with Saraki and Dogara over the security situation in Benue state
Smart Phone Powered Laptop By Razer
Photos: Nigerian beauty queen contests for ‘Miss Intercontinental World’ in Egypt dressed as a Police officer
Soundcity MVP 2018 Davido emerges biggest winner with 3 awards
Xiaomi Plans To Hit $100 Billion Revenue
Nigerian musician and photographer, TY Bello celebrates turning 40
Jacob Zuma might be the next African president to receive the Mugabe treatment
Bishop David Oyedepo says he got a letter from herdsmen saying there will be no peace until cattle colonies are established in all states (video)
Aisha Buhari is doing more than PDP as an opposition – Nigerians commend first lady for speaking against her husband
“We attacked Benue communities because the residents attacked and stole our cows”-Miyetti Allah cattle breeders say