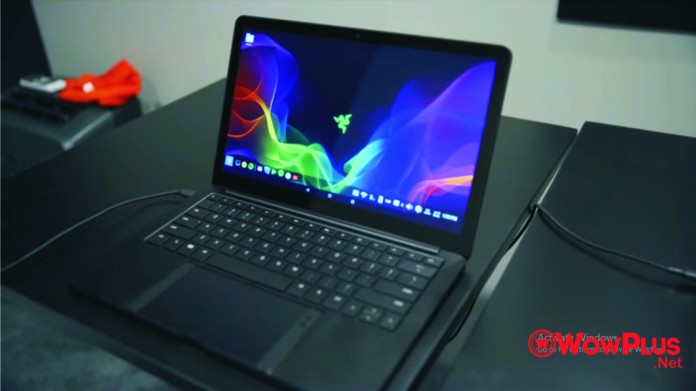 The Razer Project Linda is a concept laptop shown at CES 2018 made by popular gaming hardware company Razer Inc, although it’s not a whole new idea there were other concepts like these with smartphones converted to laptops, not always successful at the long run but this laptop is actually built around a smartphone, it  uses the Razer Phone as its main processing core and track pad.

The only major hardware on this Laptop is;

RGB Keyboard with an awesome cool feature that changes the colour of the lights beneath the keyboard,

A Battery for further usage when there’s a power cut or far from a power source,

The Headphone Jack for Aux, Headphones and a whole lot of those,

A USB type C for charging and a full size USB for adding accessories like Mouse, Game Pads or using flash drives. 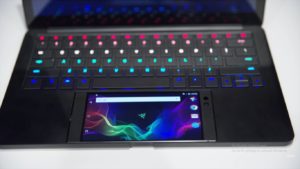 With a single push of a button the Razer Phone pops in and out, of the phones position where it sits flush with the Razer stealth laptop, the Laptop Has a cutout at the front where a mouse Pad is usually located in a Traditional Laptop, which uses the phone’s Fingerprint Reader and Power Button. 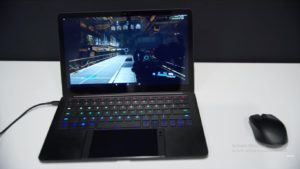 A really neat design for a smartphone powered laptop, but it’s still a probability if this will be a real product or not for now it’s still a concept.

For now there is no price range or release date yet, it’s a pretty common trend at the CES to see stuff that sometimes becomes an actual product for sale on market and sometimes just remains a concept.

There Razer phone will be updated in months or a year from now but the issue will be more of compatibility, will the dimensions of the phone remain the same to fit in this laptop but till then we will keep an eye on that.

Atlanta’s Hartsfield-Jackson airport restores power after crippling outage
How to Build a Hand Powered Laptop
Samsung Galaxy J7 smartphone reportedly blows up in mid-air flight The story is going by a possible theory that the user of that Samsung phone may have caused the incident.
In Kenya Second protester shot dead after fractious vote A second protester was killed in Kenya on Friday as anger raged a day after a divisive election boycotted by the opposition, taking the death toll from two days of protests to eight.
Tecno Phone brand storms Dubai again to launch Phantom 8 The launch that was held at the prestigious Armani Hotel, Burj Khalifa Dubai was not only to announce the unveiling of the Phantom 6 and 6 Plus but also to celebrate the brand’s tenth anniversary.
President Paul Biya of Cameroon marks 35 years in power
2019: ‘Buhari is either a bloody liar or a forgetful old man’ – Rotimi Akinola writes
Goodluck Jonathan Ex-President says Buhari’s government is full of lies Goodluck Jonathan says the Buhari government thrives on lies and propaganda.
Buhari 7 things we learnt from president’s New Year address
Nigerian Navy recovers 1330 cans of Petrol from oil thieves
Snapchat Social app’s Spectacles device not looking so spectacular now The sales of the camera-recording device has not been very encouraging for the millennial-friendly app.
Nokia 8 Launching Today: Event Time &amp; Live Stream, Price, Specifications, and More
Apple apologizes for slowing iPhone, drops battery prices
Is This ‘Goodbye Siri’?
‘Dear President Buhari, It is shameful that those like me who supported you have become butts of jokes everywhere we go’ – Dele Momodu writes
Goodluck Jonathan I will make sure PDP returns to power in 2019 – GEJ
Buhari Here’s full text of president’s new year address
FG to sell Tafawa Balewa Square, National Theatre others to finance 2018-2020 budget
See the shocking thing a woman did to her stepdaughter in Lagos