Sister Wives’ Janelle: Kody and I Have Been ‘Separated for Several Months’ #Janelle 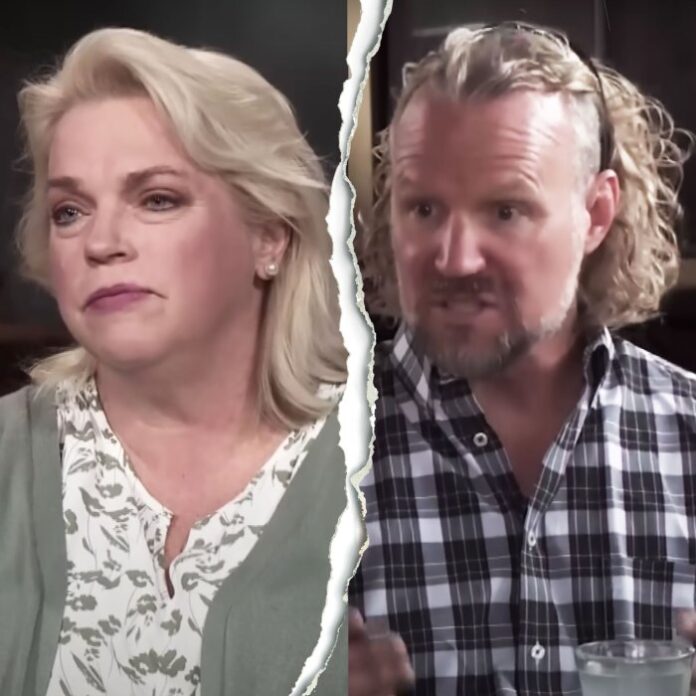 Another one bites the dust. Janelle Brown reveals where she and Kody Brown stand as a couple in the upcoming Sister Wives: One-on-One special.

“I think if we both really sat down, we’d look at each other say, ‘Really?’” Janelle, 53, says of her and Kody’s dynamic in the first look at the December 18 TLC tell-all episode. “We’ve been separated for several months.

The patriarch, who spiritually married Janelle in 1993, notes that things have been strained between the pair for a while.

“Janelle has made it pretty clear to me that she’s enjoying her life without me,” Kody says in the clip, which was released after the season 17 finale on Sunday, December 11.

Christine Brown announced in November 2021 that she and the Wyoming native had split after more than 25 years together.

Throughout season 17 of Sister Wives, fans have seen the fallout from Christine’s departure unfold. While Kody’s remaining spouses — Meri Brown and Robyn Brown — showed frustration with the 51-year-old for leaving, it was Janelle who appeared to be put in the middle.

“It’s been a bit of a civil war. The whole family in a way,” Kody said during Sunday’s finale. “I’m looking at Janelle wondering whose side she’s on.”

Elsewhere in the episode, the drama between Kody and Janelle came to a head, after Janelle ultimately chose her kids over the rest of the plural family.

Also read: The Sad Reason Piers Morgan’s Mother Changed His Name When He Was A Child

“To be honest with you, I really don’t know if I want to do the work. It feels like I’m being forced to choose between my children and this group,” the Utah native told Meri, 50, Robyn, 43, and Kody. “I don’t feel like my children are welcome.”

While Kody insisted that everyone will be included for the holidays, Janelle wasn’t convinced, as her partner previously told her that Gabriel and Garrison had to apologize for their past actions in order to do anything with the family. (The boys were allegedly mean to Robyn and hesitated to follow their father’s strict COVID-19 protocols.)

“At the end of the day, I think I’d rather be with my kids. [And] you’re getting upset with me,” Janelle told her spouse. She then confessed to the group, “There’s a strong pull to just run away and do the easy thing.”

In the teaser for the first part of the One-on-One special, Christine weighs in on Janelle and Kody’s strained relationship.

“For Janelle, I think that she’s frustrated, and she’s so hurt,” she says. “And that man that she was married to — she realizes that he’s totally different. But she’s different too.”

The trouble between Janelle and Kody, however, isn’t the only problem that the family will have to face in the three-part tell-all. Christine’s alleged role in keeping Meri and Kody distant and the patriarch’s tension with the whole family will come to light.