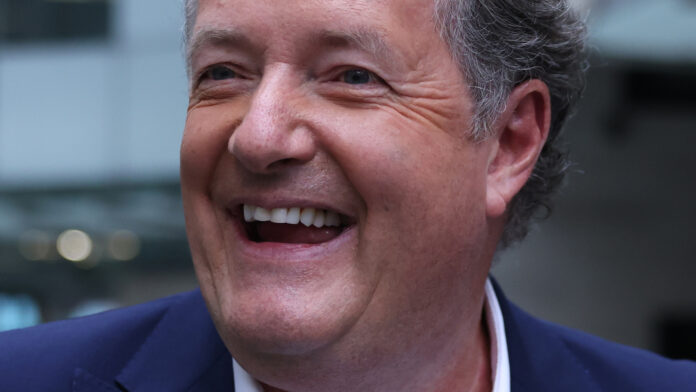 According to Express, while we know him as Piers Morgan today, the journalist was actually named Piers Stefan O’Meara at birth, born to parents Gabrielle Georgina Sybille and Vincent Eamonn O’Meara. So, where did the name Morgan come from?

Sadly for the family, before they could celebrate Morgan’s first birthday, O’Meara died. In his book, “The Hot Seat: Love, War, and Cable News,” Morgan revealed that his cause of death was an “Ulcer-related condition.” Even more devastating, his mother was pregnant with his younger brother at the time. Despite the heartbreak, however, Sybille managed to find love again a few years after the loss of her first husband. Enter Glynne Pughe-Morgan: Morgan’s stepfather, and the only man he can remember calling “Dad.

Though Morgan hasn’t shared exactly how old he was when he took his stepfather’s surname, in March 2021 — after making his not-so-complimentary thoughts on Prince Harry and Meghan Markle’s Oprah Winfrey interview known — Morgan revealed that he’d been a child at the time. In response to a Markle fan, who questioned why he brought up her relationship with her father, while he didn’t use his own father’s surname (via Express), Morgan tweeted, “My father died when I was one. I then took my Dad’s name when he married my mother.