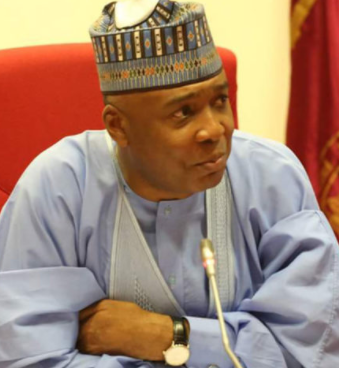 Senate President Bukola Saraki, has commended the Kwara state House of Assembly for passing into law the bill that suspend the payment of pension to former governors, deputies and political officers in the state.

In a post shared on his Facebook page this morning, Saraki who was governor of the state from 2003 to 2011, wrote;

”I am pleased that following my conversation with Kwara Speaker, Rt. Hon. Ali Ahmad, two months ago, the Bill to suspend the payment of Pension to former Governors and their Deputies when they hold a Political or Public office was passed into law yesterday by the Kwara House of Assembly. Moving forward, it is my hope that other State Assemblies take a cue from Kwara State and pass similar pieces of legislation into law”