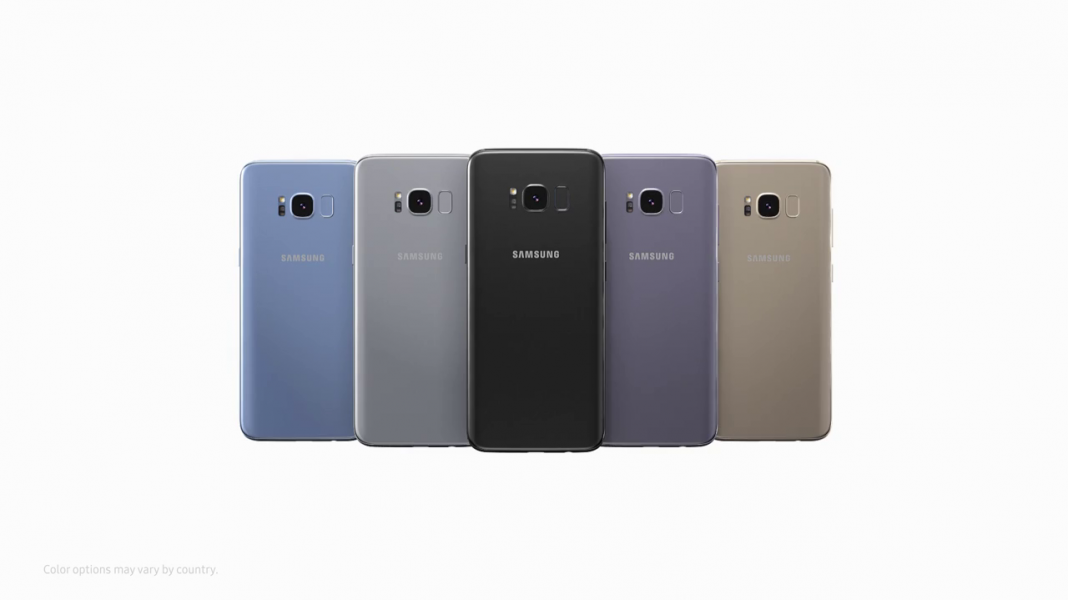 The Samsung Galaxy S9 will officially be out February 2018, alongside many leaks of the phone specs and even photo of the phones box.

According to the leaked photo the Galaxy S9’s specs, include a 5.8-inch QHD+ Super AMOLED screen, IP68 dust and water resistance, an iris scanner, 4GB of RAM, wireless charging, an 8MP front-facing camera and 64GB of storage.

Those specs are all shared by the Samsung Galaxy S8, so they’re not particularly impressive, but are in line with various other rumors.

However, some things differ, most notably the rear camera, which, while supposedly a 12MP Dual Pixel one with optical image stabilization (again, just like the Galaxy S8), is also listed as having an aperture of f/1.5-f/2.4.

Now, that could mean a dual-lens camera, but rumors suggest only the Samsung Galaxy S9 Plus will have two lenses, and there’s no specific mention of it being dual-lens here anyway, so another possible interpretation is that it’s a variable aperture camera, able to switch between f/1.5 and f/2.4 as needed.

Camera For Any Lighting

In practice, that would likely mean f/1.5 for low-light scenes, as it makes the lens open larger to capture more light, and f/2.4 for a broader depth of field, allowing for sharper shots in good lighting.

Samsung has actually already debuted a variable aperture camera on the Chinese W2018 flip phone, so this is a distinct possibility.

The box also mentions ‘Super Slow-motion’, which could refer to the camera’s rumored ability to shoot at 1,000 frames per second.

And it mentions stereo speakers tuned by AKG, which sounds like a much-needed upgrade – Samsung’s flagships typically don’t have great sound through their single speakers, but the Galaxy S9 could have two speakers if this is accurate.

And it could also come with Bluetooth AKG-tuned earphones according to the box, which is another leak we’ve heard before.

Of course, the box itself might be a fake or a Photoshop, so we can’t count on any of this to being true just yet, but if it is then the Galaxy S9 could be worth getting excited about for fans of photography and media.

Photos: Former Head of State, Abdulsalam Abubakar pays courtesy visit to President Buhari
Remember the Sudanese beauty with gorgeous dark skin? She just signed a major modeling contract after her photos went viral
Sextape of Cardi B’s fiance Offset with another female leaks on Twitter
Carmelo Anthony still lusting over his estranged wife, Lala Anthony
BankyW &amp; Adesua Etomi step out in style for the Arabian themed premiere of ‘The Wedding Party 2’ (photos)
Caroline Danjuma shows off her massive butt in new photo
Nokia 8 Launching Today: Event Time &amp; Live Stream, Price, Specifications, and More
Photo of actresses Funke Akindele-Bello and Lolo at a party in Lagos today
‘Erase the hate’ – Snoop Dogg says as he shares a photo with Caitlyn Jenner
Cossy Orjiakor Our Drama Queen is back with more bosom After being away from the public eye for a while now, this actress is finally back with more booby ransom to give away.
9ice shares beautiful photo with his mum
Students of Kings College, Lagos pictured being punished like animals today (photo)
‘I don’t want my daughter to play tennis’ – Serena Williams
See what Cardi B looks like without makeup
Samsung Galaxy J7 smartphone reportedly blows up in mid-air flight The story is going by a possible theory that the user of that Samsung phone may have caused the incident.
Choi! Lady shares naked photo of a man she just slept with and asked his GF to come take him
Curvy actress Moesha Boduong goes braless in sexy new photo
Lol. T.I embarrasses his daughter on Instagram for sharing a sexy photo
Photo; Nigerian rapper, Zoro shows off his newly acquired G-Wagon
‘Mark my words, money will fail in 2019 elections’ – Fela Durotoye
Share
Facebook
Twitter
WhatsApp
Pinterest
Linkedin
ReddIt
Email
Print
Tumblr
Telegram
Mix
VK
Digg
LINE
Viber
Naver