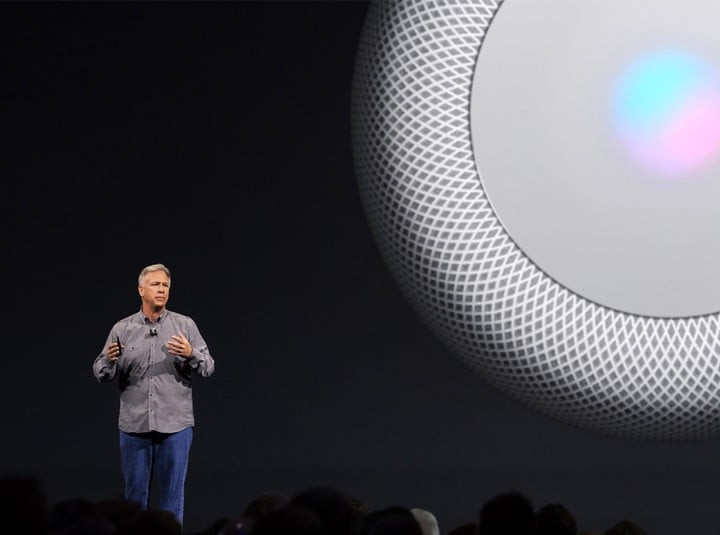 Alexa was the big story at last year’s CES, injecting herself into more stories than Donald Trump. Speakers, watches, appliances, robots, everything conceivable is now Alexa compatible and listening. Also listening was Google, which clearly got the message, staging an all-out assault on CES 2018. The company wrapped the Vegas monorail, threw up huge ads at every intersection, and set up a massive play space in the parking lot to demonstrate the multiple ways Google’s voice assistant is evolving.

This, year, Alexa was still everywhere, but it was clear that Google won CES.

The one name not on anyone’s lips? Siri. I didn’t see a single “talk to Siri” sign, and I was looking.

Apple has traditionally skipped CES in favor of its own splashy events, which allow the company to control the conversation completely. With journalists fawning and brands scrambling to be part of the conversation, this strategy works. Apple doesn’t like sharing the stage, and has used this strategy to sell hundreds of millions of iPhones and all their related accessories. But at CES for the past two years, other companies are building bigger, better ecosystems – and Siri hasn’t evolved to keep up.

Consider the humble smart speaker. Apple’s been working on one since 2014, painstakingly experimenting with a variety of designs and prototypes before arriving at the HomePod – which still isn’t out. Meanwhile, Amazon has cranked out half a dozen different Echo models over the past three years, which have become the de facto standard for smart speakers. In the ‘80s and ‘90s, Apple’s strategy centered around education: Get kids familiar with the interface in school and you’ll build customers for life. News flash, Siri: Parents have been training their kids for years to talk to Alexa. Maybe you could ask your peeps to step it up?

Apple plans to launch the HomePod in early 2018. It may be too late. 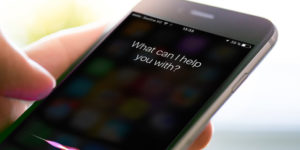 HomeKit is Apple’s answer to the smart home market, offering an easy, Siri-powered interface to your lights, locks, and Lutrons. Apple’s site claims that “over 50 brands worldwide are committed to providing accessories that are compatible with the HomeKit framework.” That number may seem a little underwhelming to you, with good reason. For years, Apple made manufacturers jump through hoops to earn the “Works with HomeKit” label. Part of that was a special coprocessor Apple required in products, presenting extra cost and headaches for manufacturers. It was easier (and cheaper) to skip the chip, and HomeKit. Sorry, Siri.

In August, Apple announced that it would allow manufacturers to begin adding HomeKit without the chip. Yep, turns out Apple can accomplish all the stuff it does through software alone. So … why was there a chip in the first place? I’m no hardware engineer, but The Register has a theory: “The decision to insist that third parties incorporate a superior chipset just to be allowed to work within its eco-system is pure Apple arrogance.”

But forget about why. What’s more significant is the results. The added cost and complexity of  working with HomeKit meant support in fewer devices. It was just easier to work with Amazon and Google. Meanwhile the rise of voice assistants has powered smart home adoption over the last year; we were hard-pressed to find a smart home device at CES that doesn’t interact with Google Assistant and Amazon Alexa. This means HomeKit has remained a second-class citizen, and without Apple at CES to tout its features, Lets hope for next year.

I Lived Like a Celeb at the Cannes Film Festival
Premier League Merseyside misery as Liverpool and Everton lose heavily Defensive frailty has long been a problem for Liverpool and they found themselves 2-0 down inside 12 minutes as Spurs…
Kim K &amp; Kanye West sell the Bel-Air mansion they bought for $9m to a philanthropist for $17.8 million
Apple apologizes for slowing iPhone, drops battery prices
First-day preorders for the iPhone X sold out at Apple.com in minutes (AAPL)
President Buhari congratulates Asisat Oshoala on wining the Women’s African Football Player of the Year
Slave trade aside, Libya starts voter registration ahead of 2018 elections
Exclusive Report: An Ordinary Student From Nigeria Earns $200 A Day While Staying At Home
Check out Erykah Badu’s hairstyle to the 2017 British Fashion Awards
’20 things you shouldn’t do in 2018′ – By Debola Williams
2018 Budget Passes 2nd Reading
Amazon is now the size of a small country
Photo: President Buhari pardons 500 prison inmates in Kano
See how billionaire businessman Tony Elumelu spent his weekend (photos)
Governor Ambode presents the 2018 budget to the Lagos State House of Assembly
Woman who survived wildfires turns home into donation site for victims
‘The hopes of all Nigerians will become a reality in 2018’ – Atiku
Boy 19, stabs his stepfather to death and posts his final moments of life on Snapchat (Photos)
Atiku, Reno Omokri, Ben Bruce, reach out to President Buhari, wish his son, Yusuf, a speedy recovery
“You are better with your hair covered” – Man advises Kano Governor’s daughter Fatima Ganduje
Share
Facebook
Twitter
WhatsApp
Pinterest
Linkedin
ReddIt
Email
Print
Tumblr
Telegram
Mix
VK
Digg
LINE
Viber
Naver