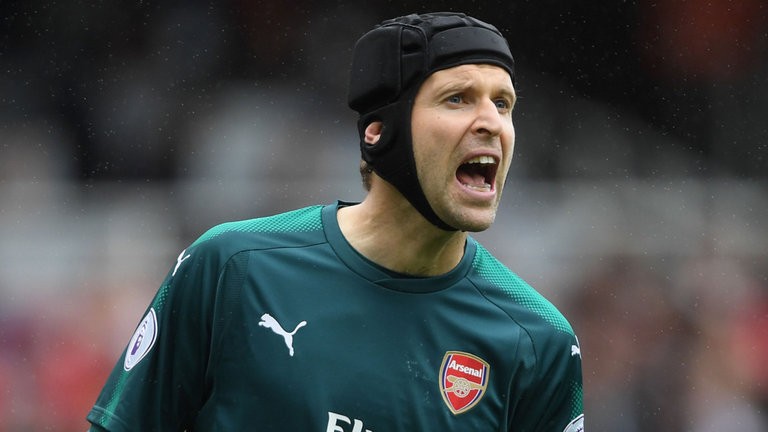 Petr Cech has admitted Arsenal have not been up to standard this season as they battle to keep pace with the top four in the Premier League.

Arsenal are currently sixth in the table, five points behind fourth-placed Liverpool, and are playing in the Europa League having missed out on a place in the Champions League for the first time in 20 years.

While Cech believes Arsenal belong in European football’s premier club competition, he conceded they have not done enough to return to the tournament.

“But every year the fight for the top four spots becomes harder and harder because the league is very competitive.

“Regardless of that, this season we have had so many games where we were not up to the standard we needed to be and this is something we need to address for the rest of the season.

“We should have far more points than we have at this moment.”

A further concern for Cech is the fact he has never saved a penalty for Arsenal, a run stretching back to 2015 when he joined the club from Chelsea.

That makes for a run of 15 consecutive penalties conceded at club level, something that is frustrating the 35-year-old.

He said: “It’s an amazing run, you have to say. I don’t like it at all obviously.

“Throughout my career, all the big trophies came through saving penalties and suddenly you have a run where you don’t save a penalty for such a long time.

“It’s very frustrating for a goalkeeper because I’m not used to conceding penalties.

“But you need to carry on your preparation and I believe the day will come where everything is reversed. It will happen.”

Arsenal travel to Swansea in the Premier League on Tuesday night before then hosting Everton on Saturday evening.