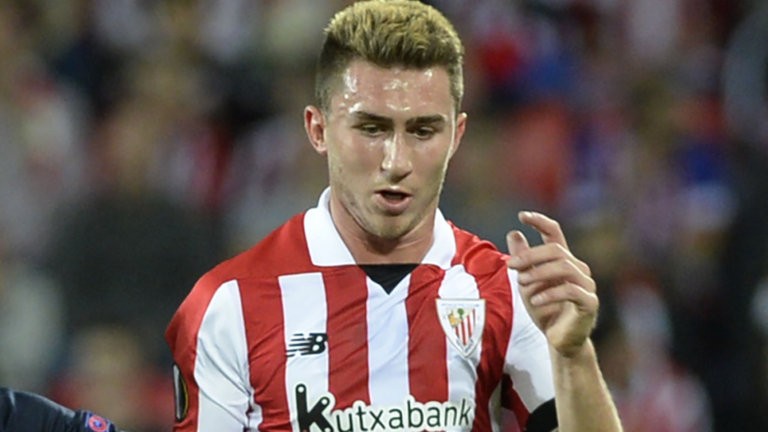 Manchester City have agreed a deal to sign defender Aymeric Laporte from Athletic Bilbao, according to Sky in Italy.

City are thought to be happy to match the defender’s £57m release clause, which would break the club’s transfer record of £55m that they paid for Kevin De Bruyne in 2015.

Sky Sports News reported earlier this week discussions had begun between the clubs over a deal for the 23-year-old.

Laporte, who has made 19 appearances for Athletic this season, was left out of their squad to face Eibar on Friday.

Pep Guardiola refused to give anything away when asked about their pursuit of Laporte, but it appears they have now persuaded the Spanish club to part company with the highly-rated Frenchman.

Asked whether Laporte was a player of interest, Guardiola said: “There were players in the past who we were interested in and we will be in the present and the future.

Laporte previously turned down a move to the Etihad in October 2016 but the Premier League leaders have always remained interested.