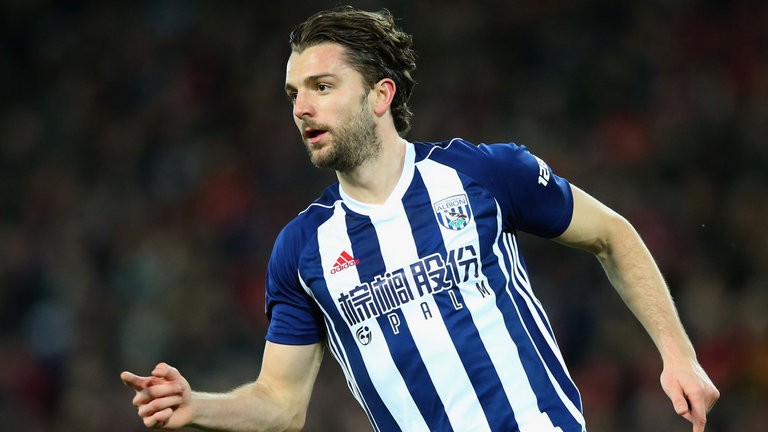 West Brom dumped Liverpool out of the FA Cup after their chaotic 3-2 win at Anfield in the fourth round was dominated by VAR calls.

Liverpool took the lead through Roberto Firmino’s deft lob from a rebound (6), but West Brom were level just a minute later as Jay Rodriguez slammed home from 18 yards (7).

Rodriguez made it three goals in six minutes, finishing off from close range from Kieran Gibbs’ cross (11), before VAR intervened twice in quick succession.

Man of the match: Jay Rodriguez

Craig Dawson’s header was correctly ruled out for a Gareth Barry offside at one end, before Liverpool were awarded a penalty for Grzegorz Krychowiak’s tug on Mo Salah, with Craig Pawson going to the pitch-side VAR screen for the first time in English football. Firmino stepped up, but hit the bar with his penalty.

It was 3-1 to West Brom in first-half stoppage time as Joel Matip inadvertently turned home Dawson’s angled effort (45+2), and though Salah halved the deficit with a low finish with 12 minutes remaining, Liverpool could not force a replay.

The draw for the fifth round will be made on Monday evening.

Liverpool opened the scoring after just six minutes through Firmino, who produced a delightful chip over Ben Foster from 20 yards after the West Brom goalkeeper had kept out Salah’s low effort.

Liverpool made three changes from the side that lost 1-0 at Swansea on Monday Night Football; Mignolet came back in for Karius, Alexander-Arnold replaced Gomez and Moreno came in for Robertson. Emre Can was made captain. West Brom also made three changed as Nyom, Livermore and Robson-Kanu came in for Hegazi, Rondon and Phillips.

But West Brom were instantly level as Rodriguez found a yard just inside the box from Chris Brunt’s square pass and produced a fierce effort into the top right corner.

Liverpool’s defensive frailties were highlighted once more just minutes later as Dawson beat Firmino to the ball and headed home from a corner, but referee Pawson went to VAR and correctly found that Barry was in an offside position and interfering with Simon Mignolet.

There was further VAR controversy in the other box as Krychowiak tugged Salah’s shirt in the penalty area, with Pawson going to the VAR pitch-side screen to give a penalty. Three minutes after the original call, Firmino hit the bar from the spot.

Liverpool’s defence then allowed Dawson to turn an effort goalwards before the break, with Matip making a hash of his clearance as the ball fell into the far corner. Pawson went to VAR again after an offside hint, but correctly allowed the goal to stand.

Jurgen Klopp made a triple change on 65 minutes in an attempt to save the game, bringing on Danny Ings, Jordan Henderson and James Milner, and it was Ings who was soon forcing Foster into a good save with an effort from 15 yards.

Salah made it 3-2 with a fine low finish after Firmino had laid the ball off from 15 yards to the right of the penalty area, but Liverpool could not make their pressure tell in the closing stages.

Man of the match – Jay Rodriguez

Just over a minute after going behind to Firmino’s wonderfully executed chip, West Brom drew level thanks to an equally stunning strike from Rodriguez.

He followed up that piledriver with a tap-in a few minutes later and ultimately proved to be the match-winner as Liverpool were unable to find an elusive third goal.

That double means that Rodriguez has scored three goals in his last two appearances – incidentally all on Merseyside – and his tireless work-rate and finishing ability was pivotal to West Brom’s progression into the fifth round.

Jurgen Klopp: “In the decisive parts of the game around the goals it was poor. Bad defending, that’s how it is. Bad defending most of the time means the wrong decision.

“It’s a difficult game, experienced opponent. They deserved it to be honest, I don’t like to say that, but it’s the truth, they deserve it, so compliments to their side.”

Alan Pardew: “It was a really professional, positive performance from us. We played without fear, which you have to do here. I set them up that way, because after the Swansea loss I thought Jurgen would go very strong tonight.

Liverpool now go to Huddersfield on Tuesday night in the Premier League, while West Brom are at leaders Man City the following evening.