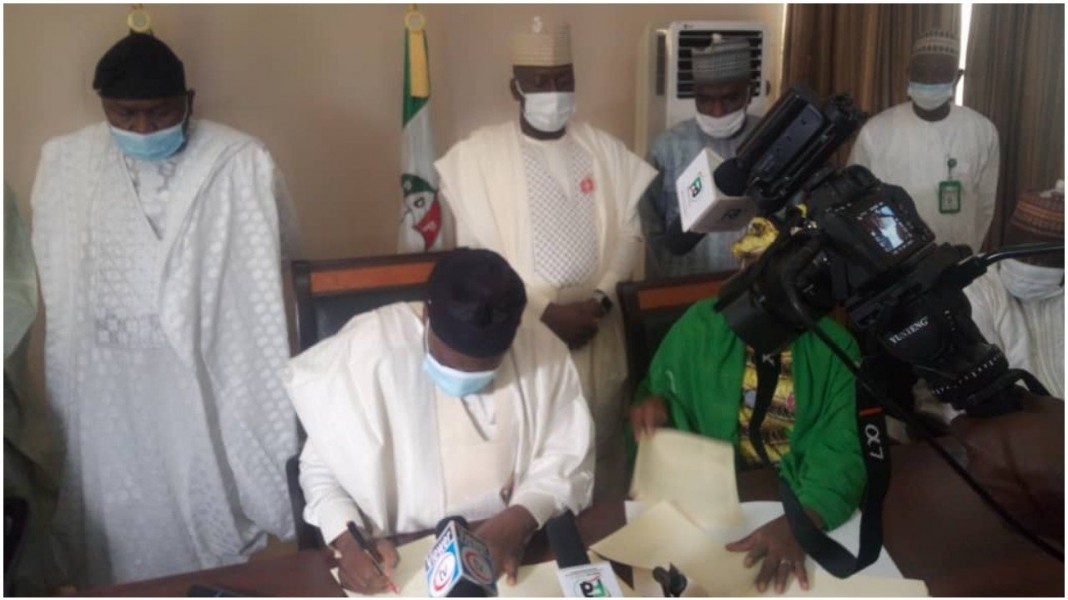 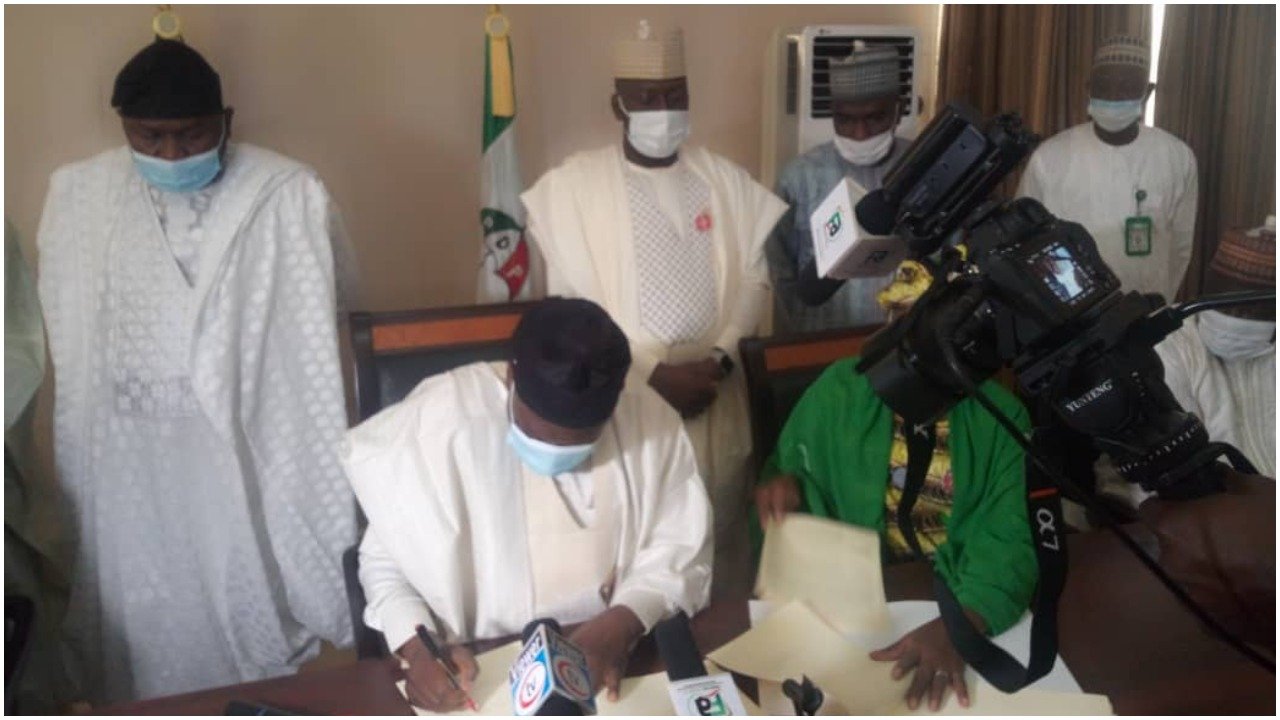 Governor Ahmadu Fintiri of Adamawa State on Saturday signed the 2021 budget into law.

He said while signing the budget at the Government House’s residential wing in Yola, and the 2021 budget was designed to stabilize the state and achieve maximum development.

He said 52 percent of the N140 billion budget is earmarked for capital projects in his government’s belief that democracy without infrastructural development is a failed democracy.

He added that N16 billion of the budget would be spent on youths and women’s development in his administration’s commitment to human capital development for a better society.

The Adamawa State House of Assembly had passed the N14O billion fiscal appropriation on Christmas eve in what was described as a rare plenary, almost exactly as the executive proposed it.

Thanking the lawmakers for cooperating with him, Governor Fintiri said their untiring support, which made them pass the budget when most people were on Christmas holiday, was appreciated.