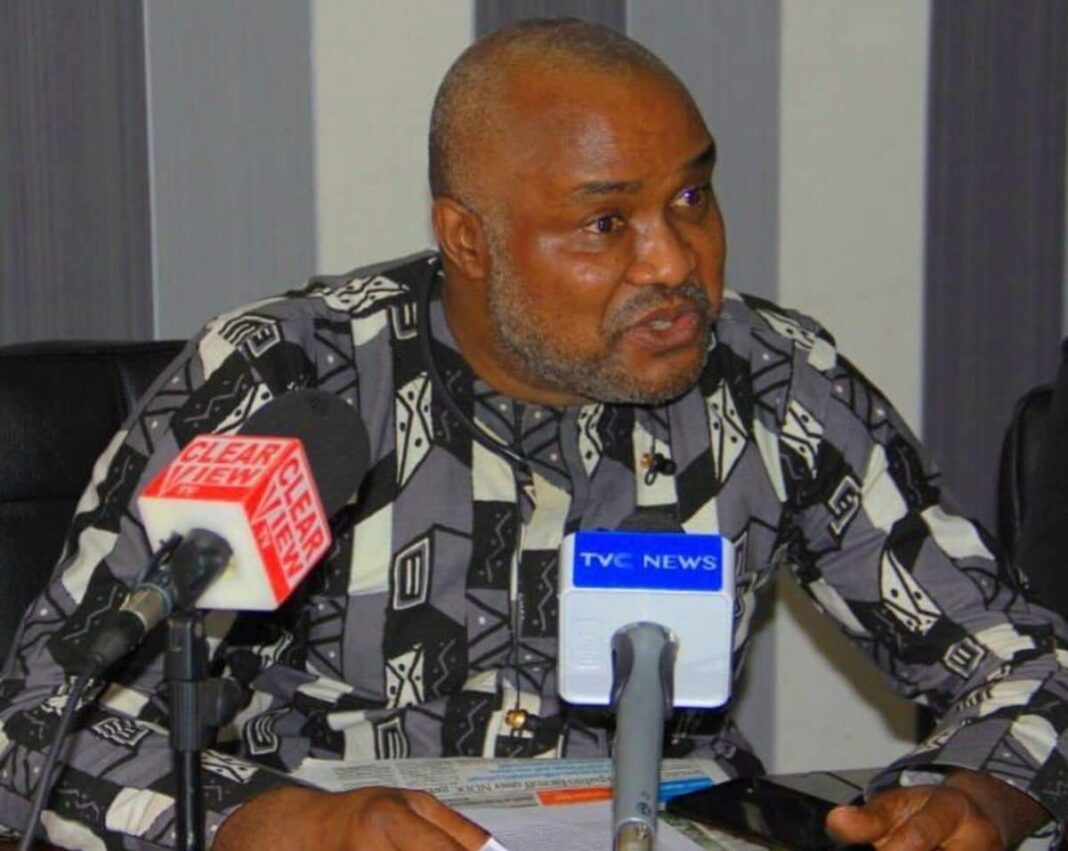 HURIWA, a prominent civil rights advocacy group made the remark while urging Nigerians to publicly protest the proposed hike in the electricity tariffs as proposed by NERC to commence on April 1st 2020.

It accused NERC of conniving with shylock and corrupt private sector operators in the electricity industry to inflict unquantifiable agony and pains on Nigerians who are at the receiving end of what can possibly be described as ‘Electricity Terrorism’.

Dismissing the proposed hike in electricity tariff as the biggest April Fool’s scam by any government agency, the Rights group asked Nigerians who are “sleep-walking” into involuntary servitude being imposed by the current totalitarian regime, to demand accountability from the federal government on how several billions of public fund frittered away packaged in the guise of dubious grants to the private entrepreneurs in the electricity power sector as a condition precedent before any national dialogue can take place on the way forward towards improving the dwindling and poor electricity power supplies to Nigerians.

A statement by HURIWA’s National Coordinator, Emmanuel Onwubiko noted that aby upward review of tariffs of electricity can only be an imposition of “slave tariffs for the darkness that envelopes most parts of Nigeria at night following constant failures of the Distributors to meet up with their business obligations to the consumers of electricity.”

The statement reads: “Nigerians must realize that what is needed for a dictatorship to take root is for the masses to accept hook, line, and sinker every unimaginable and toxic policy for good or for evil introduced by government without asking intelligent questions to ensure that there is transparency and accountability always. Nigerians should ask the federal government to explain how the #37 billion grants for prepaid meter supply it gave to a private sector operator to supply meters to interested distribution companies were utilized since millions of electricity consumers are still without those meters even in the Federal Capital Territory in Abuja.”

HURIWA recalled that in 2028, the then Power Minister Babatunde Fashola, disclosed that N37 billion was distributed as meter grants just as he made the announcement at the 28th monthly meeting of power stakeholders in Kaduna.

The rights group quoted Fashola, who did not mention the name of the company, as saying that the federal government provided the fund based on the demand for meters, given the increasing power generation, transmission and distribution in the country.

HURIWA, however, insisted that there was no empirical evidence to show what the unnamed company that benefitted from the political largesse of N37 billion did with this humongous public cash given that millions of homes can’t find electricity meters for their use, thereby exposing them to extortion rackets run by the different regional DISCOS that still charge estimated billings.

“Nigerians should also ask the federal government to render account on the #1.095 trillion federal intervention fund distributed to DisCos by the Central Bank of Nigeria since 2018 even when power supplies are still poor and indeed over 80 million Nigeria families are still without electrical power.

“According to public information made available by the Central Bank of Nigeria (CBN)’s annual report for 2018, the apex bank had as at the end of 2018, granted total credit of N1.095 trillion to the power sector under three different schemes it set up. The schemes were Nigerian Electricity Market Stabilization Facility (NEMSF) worth N213.417 billion meant to settle outstanding payment obligations due to market participants during the interim rules of the market as well as legacy debts owed by the Power Holding Company of Nigeria (PHCN) to gas suppliers; the N300 billion Power and Airline Intervention Fund (PAIF); and the N701 billion Payment Assurance Facility (PAF) extended to the Nigerian Bulk Electricity Trading Plc (NBET) to settle invoices of generation companies (Gencos) to a minimum level of 80 per cent,” the statement added.

The Rights group condemned the opaque system in operation within the Central bank of Nigeria and the Power ministry because two years after, there are no available body of knowledge yo justify or rationalise how these huge public funds were spent.

HURIWA said: “We call on Nigerians in their numbers to reject the decision by NERC to hike the tariffs of electricity power to be paid by Nigerians with effect from April 1st even without accounting for how government utilized the quantum of cash paid out to the private businesses in the electricity sector even without any form of improvements.”

Recall that NERC had recently directed the 11 electricity distribution companies, DisCos, to hike their tariffs by average of 50 percent on April 1.

Ikeja Electric (IE) Plc, which made this disclosure in its memo to the commission, noted that the directive is “in order to meet the tariff shortfall funding target from 2020 by the Federal Government of Nigeria.”

Owing to the directive, the 50 percent tariff increase is expected to raise the average tariffs from the current level of 27.30 N/kWh to 40.95 N/kWh, according to the Chief Executive Officer, Anthony Youdeowei.

The memo was dated February 12, 2020. The power distributor titled the document: “Re: Addendum to Ikeja Plc’s Performance Improvement Plan and application for extraordinary tariff review of MYTO-2015.”

NERC, according to the IE document, said: “The objective for the extra-ordinary tariff review of MYTO-2015 is to ensure Ikeja Electric adjusts its tariff in line with the commission’s directive that current average allowed tariff shall be grossed-up 50% from April 2020.”

IE informed the commission that in line with the directive, “we have designed the tariffs based on the MYTO tariff model contained in the document, ‘Ikeja DisCo Tariff Model Jan 2020’ shared with IE by the commission.

“In this application, we intend to create a new tariff class, called Bilateral; a class that is being created for customers that IE has a signed Power Purchase Agreement (PPA) with under a willing-buyer-willing seller arrangement. In order to provide an efficient and reliable service to customers in this tariff class, cost-reflective tariffs are required to cover the cost of service delivery.”