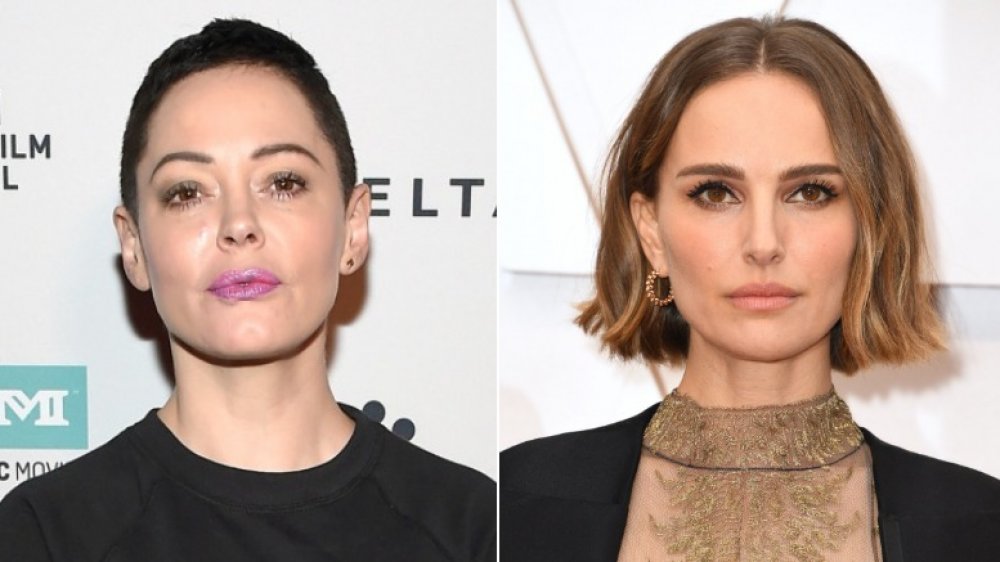 Instead of going toe-to-toe with Rose McGowan online, Natalie Portman provided a statement to CNN. “I agree with Ms. McGowan that it is inaccurate to call me ‘brave’ for wearing a garment with women’s names on it,” she began. She then brought up those who have gone up against disgraced producer Harvey Weinstein, writing, “Brave is a term I more strongly associate with actions like those of the women who have been testifying against … Weinstein the last few weeks, under incredible pressure.”

Portman went on to discuss “a blossoming of directing opportunities for women due to the collective efforts of many people who have been calling out the system” and added that her cape “was intended as a simple nod to them” and wasn’t meant to “distract from their great achievements.”

Portman also responded to McGowan’s point about working with women directors, acknowledging that she’s only “made a few films with women,” but she pointed out that she has “made shorts, commercials, music videos, and features with Marya Cohen, Mira Nair, Rebecca Zlotowski, Anna Rose Holmer, Sofia Coppola, [and] Shirin Neshat.” She also noted that “the unmade films [she’s] tried to make are a ghost history,” largely because there are “gatekeepers at every level.”

“I have tried, and I will keep trying,” Portman stated. “While I have not yet been successful, I am hopeful that we are stepping into a new day.”