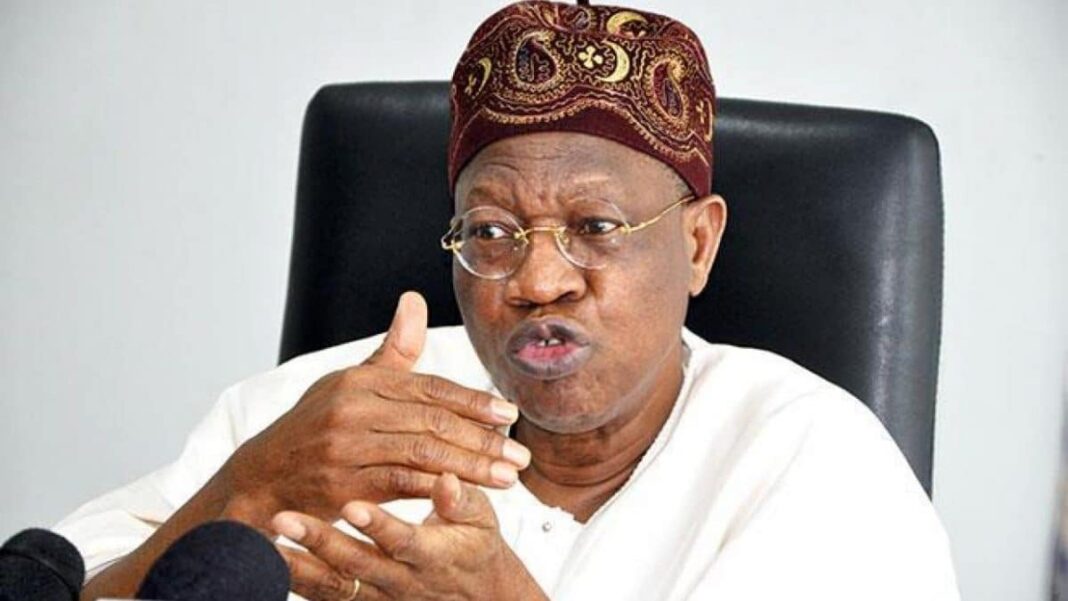 The Minister of Information and Culture, Alhaji Lai Mohammed, has said he stands by what he said in 2015, that the Boko Haram terrorists have been technically defeated.

The minister stated this on Monday when he paid a working visit to the new corporate headquarters of “The Sun” Newspaper in Lagos, NAN reports.

Fielding questions from the editorial board of the newspaper led by the Managing Director and Editor-in-Chief, Mr Onuoha Ukeh, the minister said Nigeria is currently facing global terrorism that has no boundary, no frontier.

“I stand by what I said that Boko Haram is technically defeated.

“What we are having today is global terrorism where you have the ISIS, ISWAP Al-qaeda all working together.

“Terrorism is a global issue. Between 2009 and 2015 we were fighting Boko Haram, but today we are fighting global terrorism where the remnants of the Army in Syria are now joining hands with the ISWAP and others,” he said.

Mohammed said his position in 2015 that Boko Haram had been technically defeated was based on what he saw on ground when he led a team of local and international journalists to the epicentre of insurgency in 2015.

“I was on ground in Bama, Konduga and Maiduguri and I know what I saw before I made that claim.

“We are fighting global terrorism and that is why we are appealing to our foreign partners, especially the UN and our neighbours.

“By the time we get more platforms and the new helicopters that are being expected there will be tremendous improvement.

The minister, who said he was at the newspaper’s headquarter as part of his continuous engagement with the media, enjoined “the Sun” to continue to support the government in fighting fake news and hate speech.

“Fake news and hate speech pose an imminent threat to the survival of the nation’s existence.

“The purveyors of Siamese twins of evil must be checkmated and government will continue to engage to end the menace.

“We expect you to remain in the vanguard of the efforts to tackle fake news and hate speech.

“We expect you to educate our people on the efforts being made, especially by the government, in this regard.

“This administration has no intention of muzzling the media or stifling free speech.

The minister said that President Muhammadu Buhari’s administration has delivered on the three mantra of fighting corruption, fighting insurgency and improving on the economy.

He assured Nigerians that the government will continue to work the more to deliver on the mandate and lift Nigerians from poverty.

Speaking on the reform in the broadcast industry, Mohammed reiterated that no amount of attacks, will stop the implementation of approved
recommendations on reform of broadcasting code.

He, however, assured that in implementing the recommendations, the government will not tamper with the freedom of the press or stifle the rights of people to air their opinions.