Colton Accepts Rachel’s Podcast Invite to Point Out Her ‘Hypocrisy’ 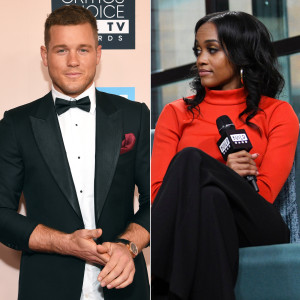 Things between Colton Underwood and Rachel Lindsay still aren’t coming up roses. While the one-time Bachelor accepted the former Bachelorette’s invitation to work out their issues on Lindsay’s podcast, Underwood has a catch.

“I’ll come on your podcast Rachel. One condition: ask your producer to leave it raw, unedited and untouched,” the 27-year-old former football player replied to Us Weekly’s story about their feud on Wednesday, October 16, via Twitter. “Looking forward to meeting you & pointing out your hypocrisy over the last year.”

I’ll come on your podcast Rachel. One condition: ask your producer to leave it raw, unedited and untouched. Looking forward to meeting you & pointing out your hypocrisy over the last year. https://t.co/O3yuMYa5Yd

Underwood and Lindsay’s drama began earlier this month after he weighed in on the former attorney’s feud with Raven Gates.

“Shocker. Rachel mad at another person… does she like anyone?” Underwood commented on Us’ Instagram about Lindsay’s beef with Gates.

In a second comment, the ex NFL player accused Lindsay of saying negative things about his girlfriend, Cassie Randolph, whom he met on season 23 of The Bachelor.

“I’m not weighing in on the Rachel/Raven drama. I could care less about that, not my business,” Underwood wrote. “What is my business is the countless number of times she’s spoke poorly of me… including that time she ran her mouth about me to Cassie … Funny thing is I have never met her.”

“I’m so confused as to why he thinks I ran my mouth,” Lindsay said. “It’s so petty to me. As much as I wanted to go at him in the comments section, I just thought, ‘You know what? Excuse me. I need to go interview Oprah Winfrey.’ That was literally my mindset. I don’t have time for this.”

The “Bachelor Happy Hour” podcast host then extended the invite to join her on an episode.

“I would love for Colton to actually come on the podcast because what I’m not going to do is entertain you in the comments section of somebody else’s post. What I will do is have a grown ass conversation with you and we can talk about it, but what I don’t appreciate are the accusations being made because I believe he said I ran my mouth to Cassie,” Lindsay explained. “Well, your girl follows me on Instagram so I don’t know what I could have said.”

She concluded: “I didn’t know he was holding this resentment towards me. … I met Cassie three months ago, so I don’t understand why you’re commenting on it on an Instagram post.”