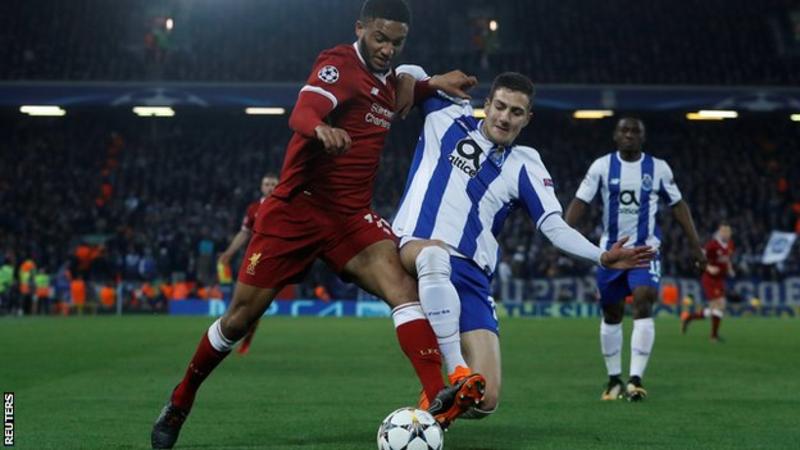 Manchester United are closing in on the signing of Porto’s teenage defender Diogo Dalot.

Dalot, 19, has a release clause of £17.4m but United are not thought to have activated it yet.

Contact between the clubs has been made and it seems only a matter of time before the deal is completed.

Dalot has represented Portugal from under-15 to under-21 level and made his Porto debut in October.

Mourinho is determined to strengthen his defence for what he hopes will be a far closer Premier League battle with champions Manchester City next term.

Matteo Darmian is set to join Juventus, while Dutch international Daley Blind is unlikely to still be a United player by the start of the new season.

The Old Trafford side are still keen to sign Brazil midfielder Fred – who will play for his country against Croatia at Anfield on Sunday – and Tottenham’s Belgium defender Toby Alderweireld before the World Cup starts.

The future of midfielder and fellow Belgian Marouane Fellaini remains uncertain but the chances are increasing that he will leave Old Trafford this summer.