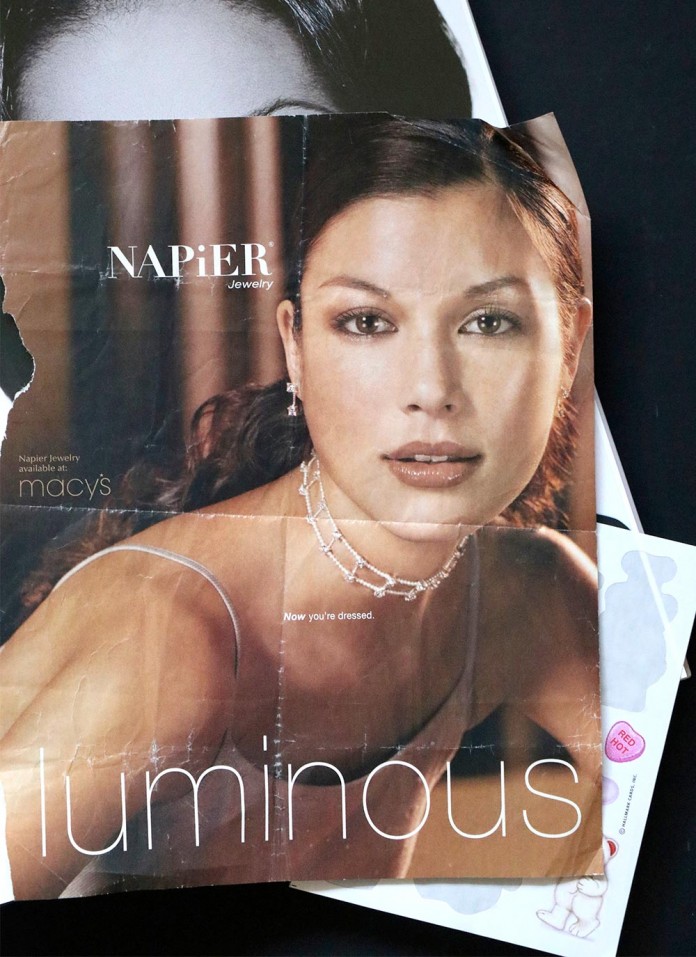 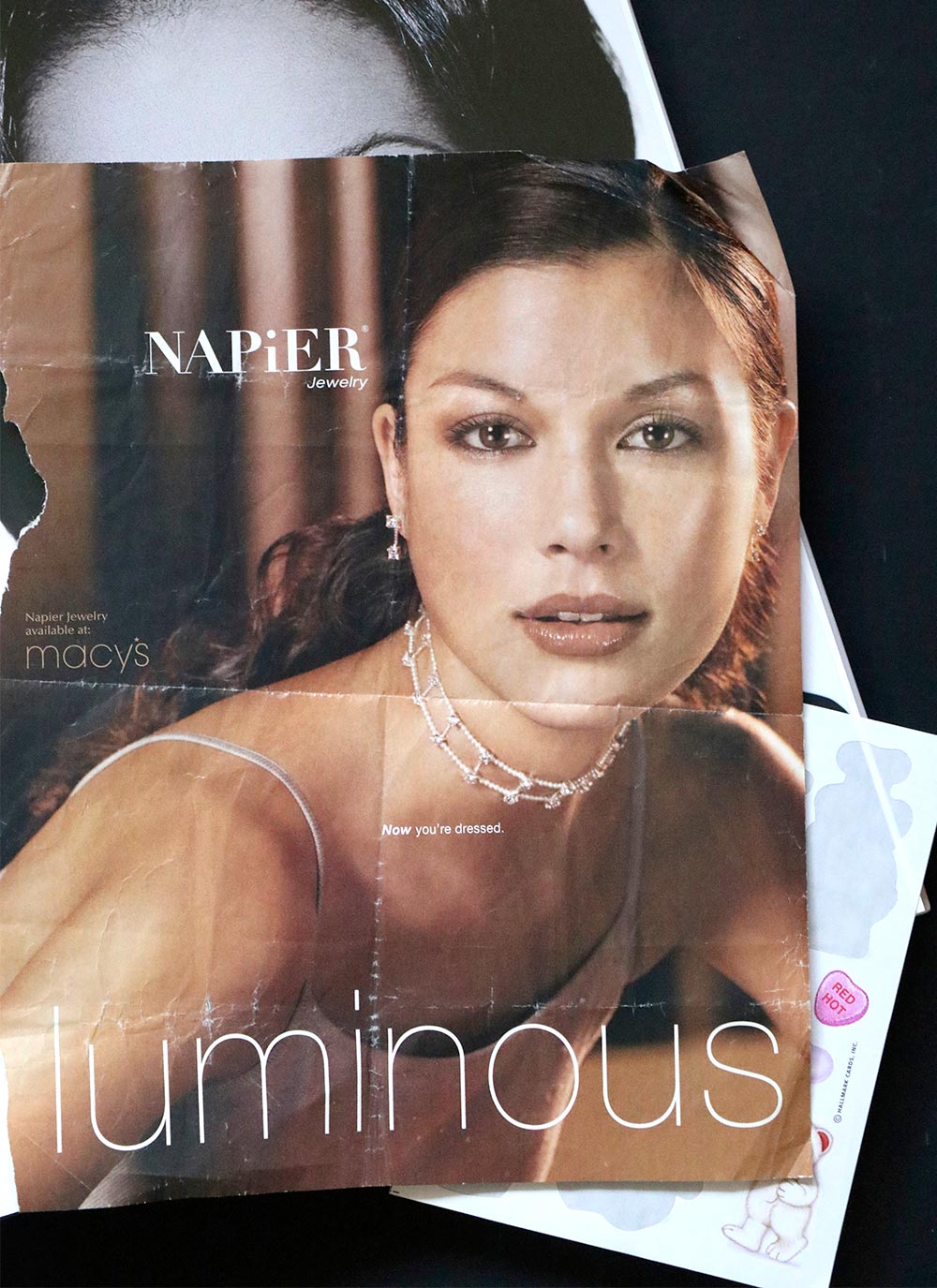 This makeup look is from 17 years ago.

I was de-cluttering the books in my bedroom last weekend (KON MARI 4 LIFE) and found my old copy of Kevyn Aucoin’s Face Forward, which I’ve had for eons. 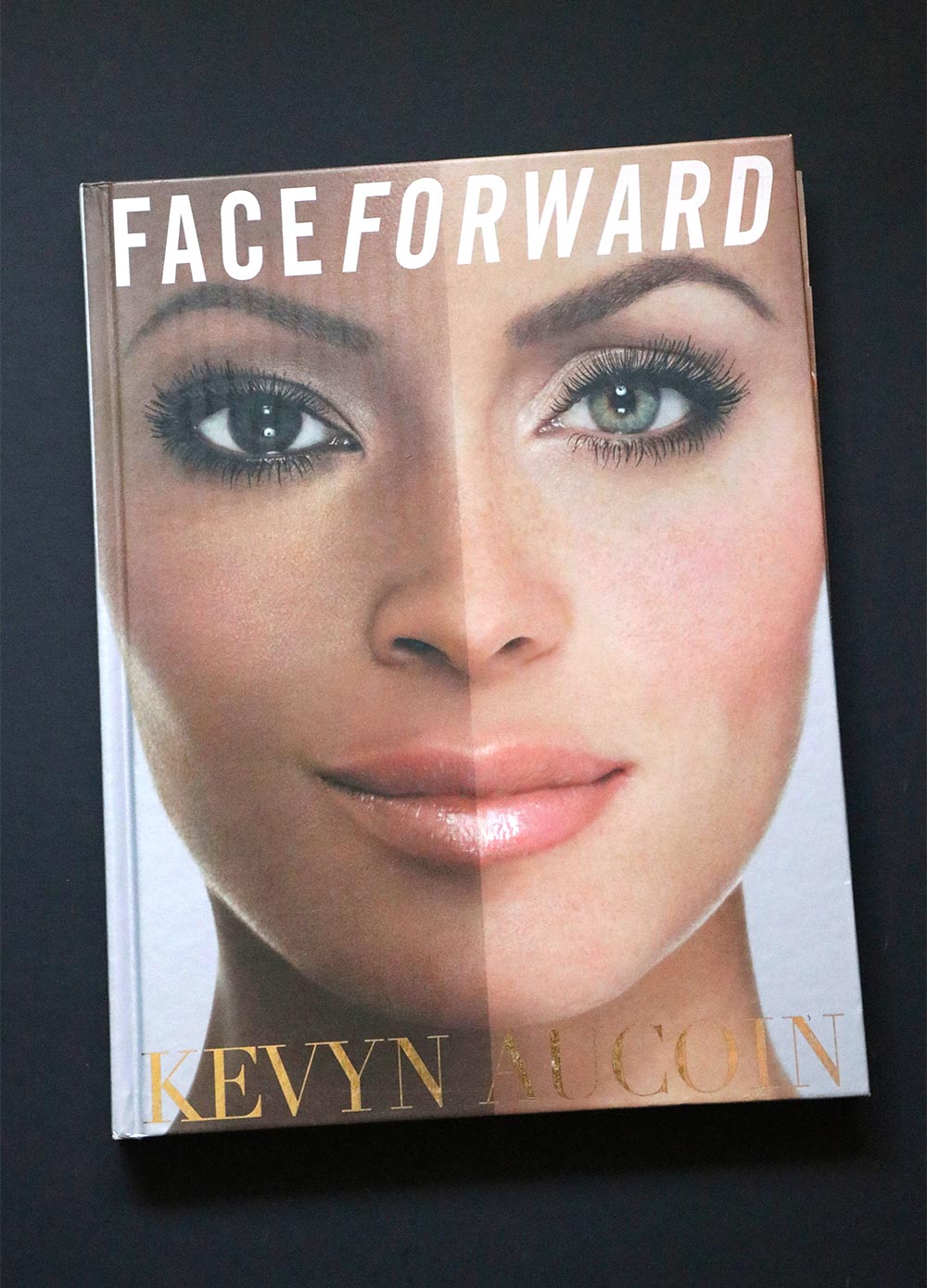 Look what fell out when I opened it up! 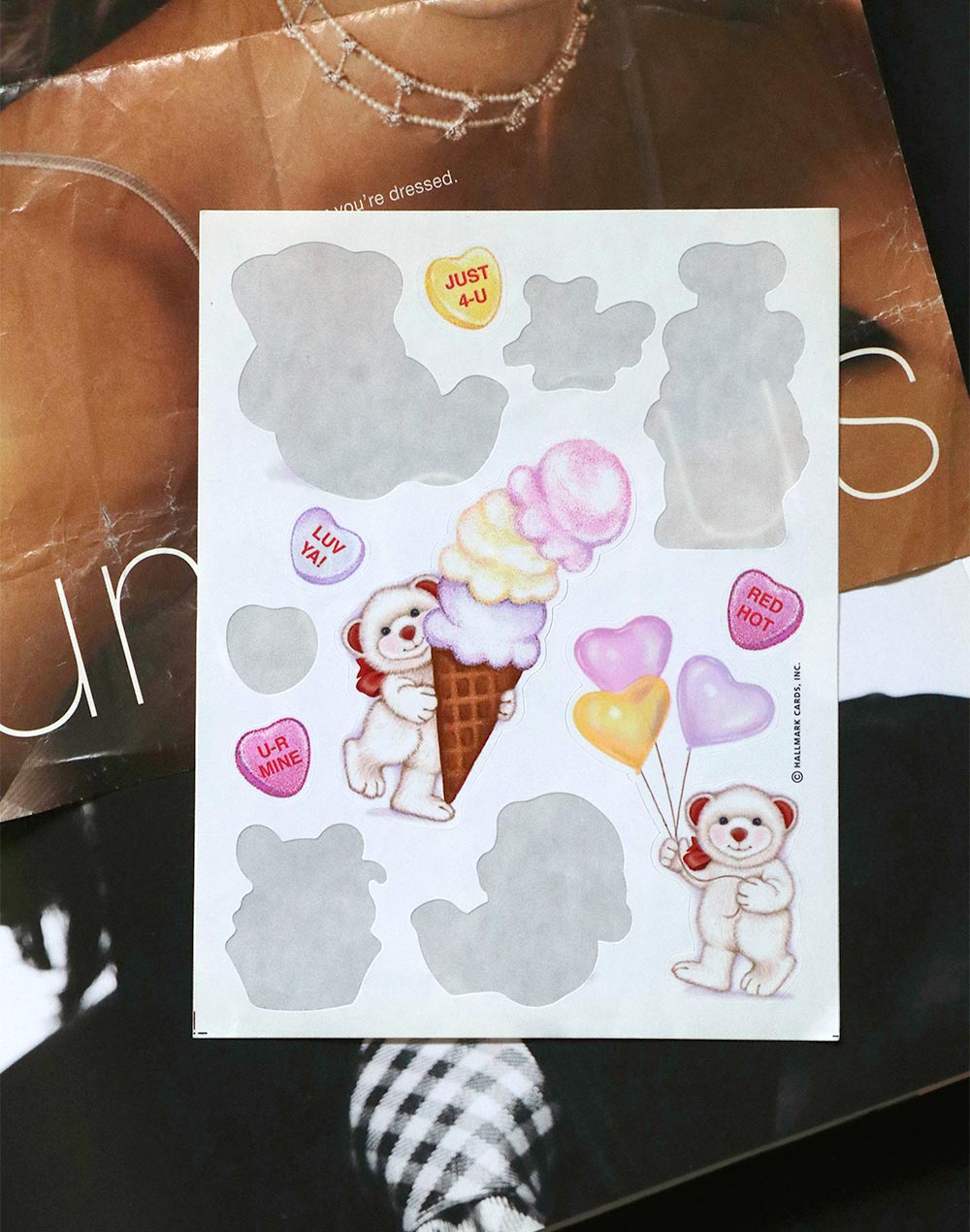 Why did I put a sheet of stickers in this book?

It’s an ad I tore out of an issue of In Style magazine in THE YEAR 2000 because I liked the makeup. 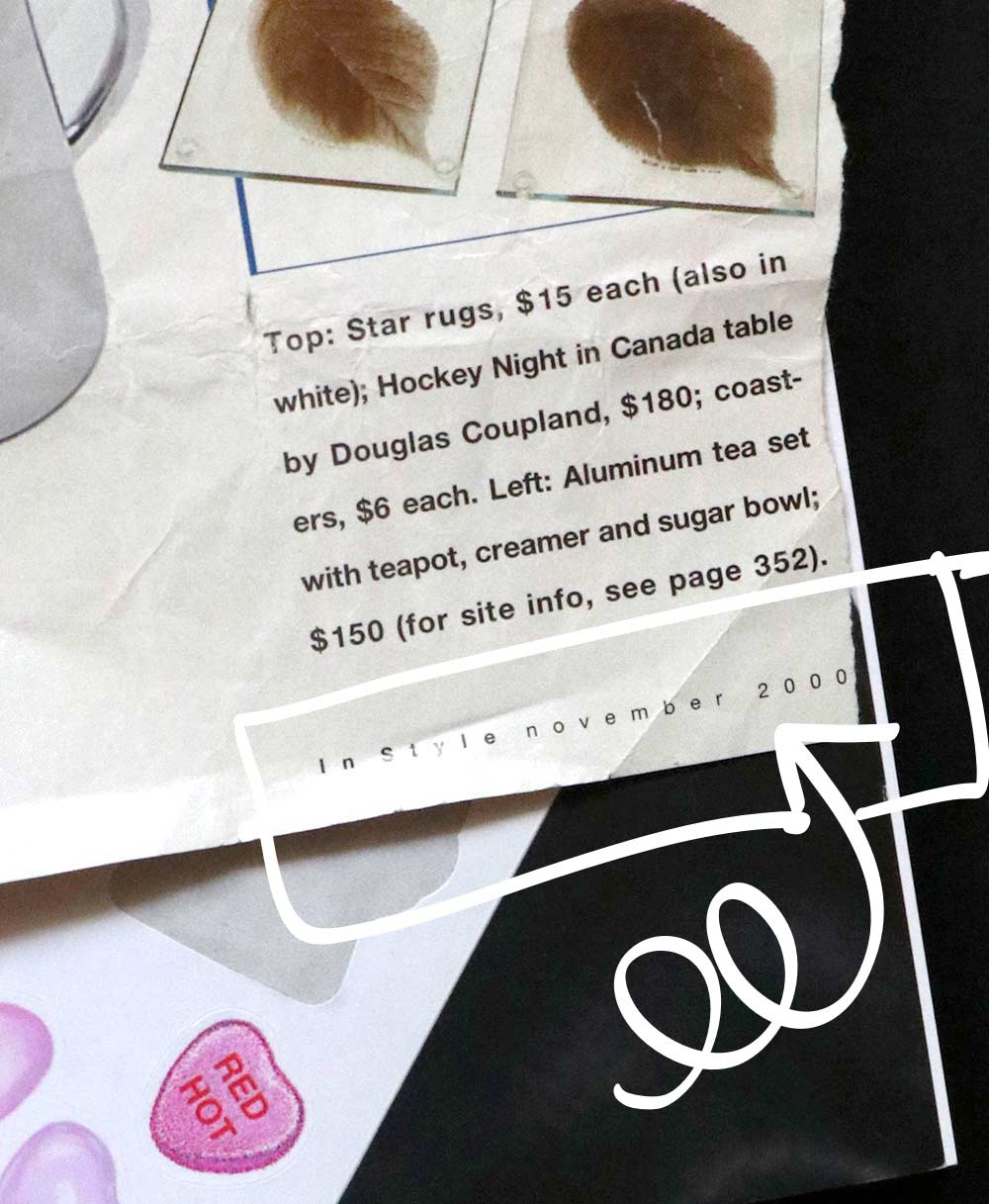 Where were you in November 2000? I was tearing makeup looks that I liked out of magazines…

Crazy to think that this look was from a print ad 17 years ago, because it still totally holds up today. That brown lip is definitely back in style again. 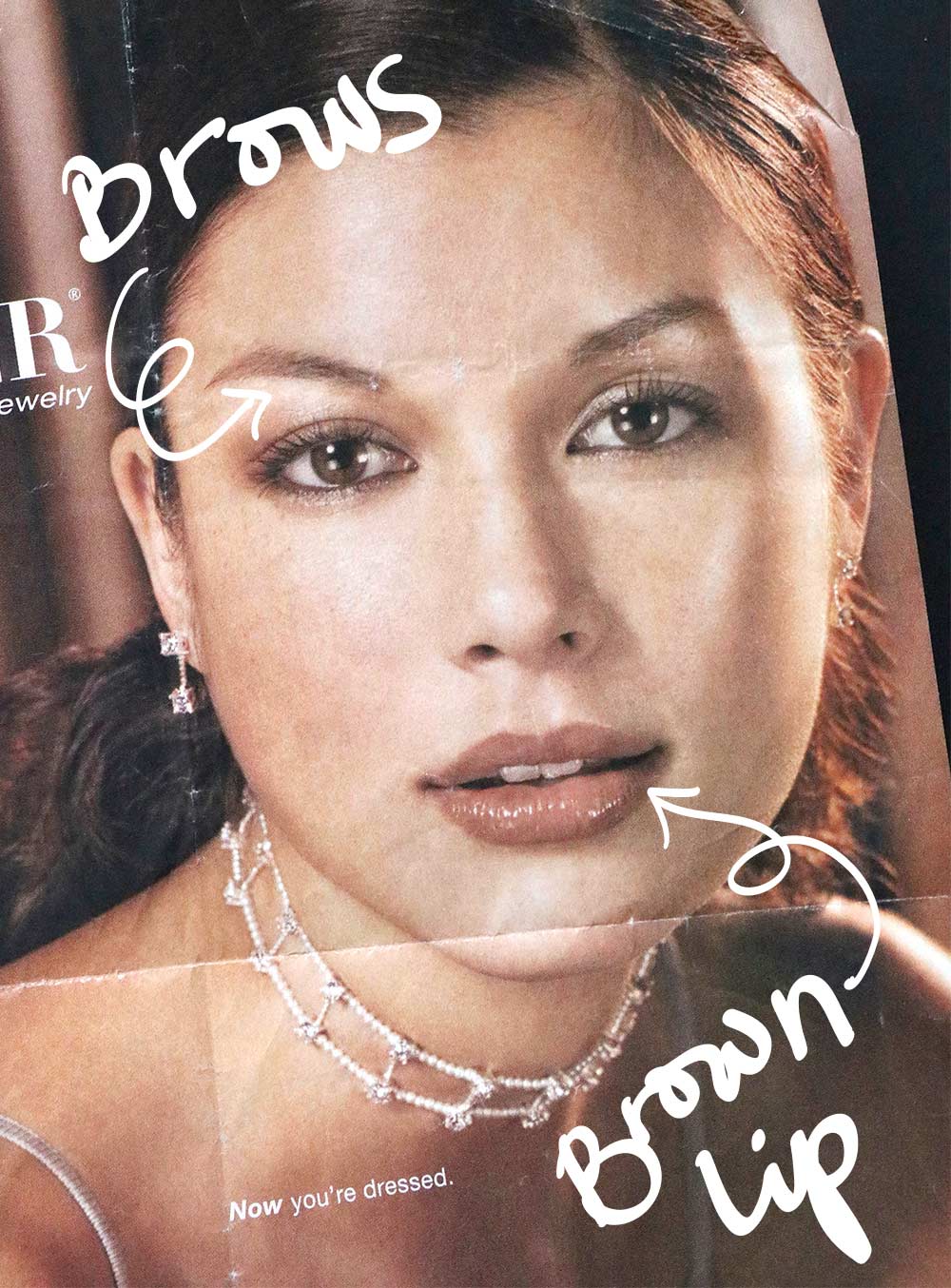 And the brows. The brows! It’s interesting to me that the artist decided to keep them relatively thick, because even in the the 2000s, the over-plucked, thin brow craze of the mid- and late-’90s was still going strong. This thicker, natural brow is current.

I think there’s something to be said for classic, timeless makeup looks like this one, because even 20 years later, you could still totally wear this same look, and it would be completely relevant. I think I’m gonna try it this weekend.

And, oh…I’m not a hoarder or anything, HAHA!