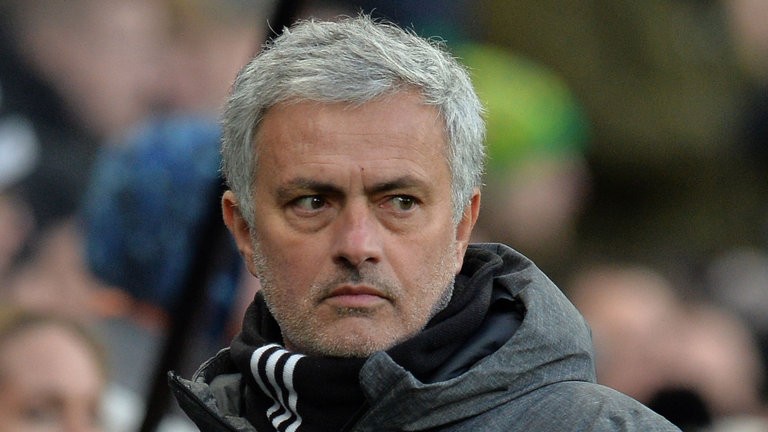 Gary Neville says Jose Mourinho needs to get Manchester United to play at a higher intensity as a team and become “killers” in the final third, if they are to challenge for the Premier League title next season.

Manchester United saw their slim title hopes fade further after they were beaten 1-0 by Newcastle on Sunday, with the result leaving them 16 points behind leaders Manchester City.

While Mourinho was gracious in defeat, saying Newcastle “fought like animals”, the visitors did spurn several good chances to score either side of Matt Ritchie’s 65th-minute winner.

And, speaking on the Gary Neville Podcast, former Manchester United defender Neville said: “The individual talent is there but to coordinate that into a team is Jose Mourinho’s job in the next few months. He has to make them into a team.

“They look like a team that play five per cent below the intensity that they can play at and should play at. That’s what Jose Mourinho has to do. He has to mould this talented group of players into a team that can come together and can win the title.

“Next season will be Jose’s third season and you would think in his mind, and in everyone’s minds, that he has to win it next season. They have to start preparing now and days like today do damage confidence and take away the work you are trying to do.

Not only does defeat damage Manchester United’s faint title hopes, but it means they are in a battle to finish in the top four.

Fifth-placed Chelsea could close the gap on Mourinho’s side to three points if they beat West Brom on Monday Night Football.

Neville added: “Manchester City have been exceptional but days like today and at Leicester and Huddersfield, Jose Mourinho does not expect that of his teams. They are still quite a way off from where he would want them to be and where Manchester United need them to be.

“The job will only be measured by whether Jose Mourinho wins the Premier League. Obviously winning the Champions League would be absolutely acceptable as well, but to win two trophies in his first season to now…he will be disappointed with how far Manchester United are behind Manchester City.”

Reflecting on the significance of the result for Newcastle, Neville said: “It’s an absolutely huge three points for Newcastle. Going into the game there was pressure, which was increased by the fact Huddersfield beat Bournemouth and pushed them into the bottom three. They would have been aware of that yet they responded brilliantly.

“Normally when you see a team at the bottom of the league beating a top side they start to panic and kick the ball forward and do rash things, but the composure they showed was really good.

“They have been on a terrible run, particularly here at St James’ Park. Today they showed quality, but overall the three points is the most important thing.”