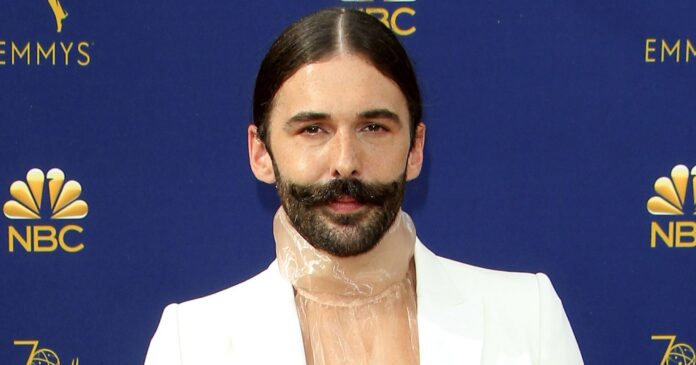 His truth. Jonathan Van Ness opened up about his HIV-positive status in a forthcoming and vulnerable new interview.

The Queer Eye star, 32, revealed his diagnosis in a New York Times profile published on Saturday, September 21. Van Ness tested positive for HIV after fainting at age 25 and going to Planned Parenthood for his flulike symptoms.

“That day was just as devastating as you would think it would be,” he wrote in an excerpt from his upcoming memoir, Over the Top, which is set to be released on Tuesday, September 24.

Van Ness considers himself a proud “member of the beautiful HIV-positive community” and hopes that his transparency surrounding the subject will shut down common misconceptions. “When Queer Eye came out, it was really difficult because I was like, ‘Do I want to talk about my status?’” he told the newspaper, noting that the political climate swayed his decision. “I do feel the need to talk about this.”

The journey to get there was not easy, though. “I’ve had nightmares every night for the past three months because I’m scared to be this vulnerable with people,” he admitted, adding: “It’s hard for me to be as open as I want to be when there are certain things I haven’t shared publicly.”

Elsewhere in the wide-ranging interview, the hairstylist talked about his struggle with addiction. He revealed that he began doing cocaine during his first semester of college and later started smoking methamphetamine. Van Ness completed two stints in rehab but relapsed just as many times.

The television personality also told the outlet that he was subjected to sexual abuse, detailing an alleged encounter with an older boy when he was a child. “For a lot of people who are survivors of sexual assault at a young age, we have a lot of compounded trauma,” he said.

Van Ness then addressed the pressure to live out his Queer Eye persona when meeting fans in real life. “If you’re having a terrible moment or in the middle of a conversation about something serious, people don’t care,” he explained. “They want their bubbly J.V.N. and to get that major selfie.”

However, he concluded on a positive note: “I want people to realize you’re never too broken to be fixed.”