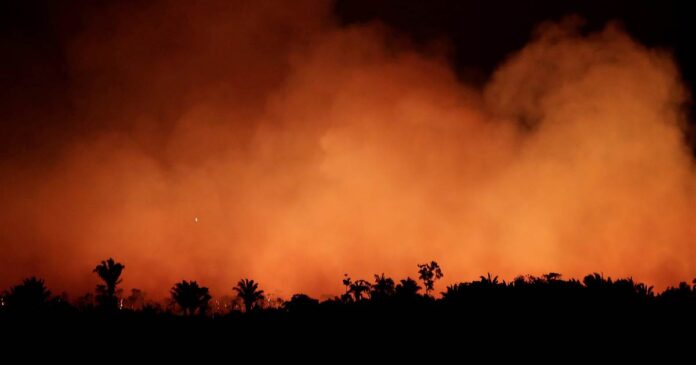 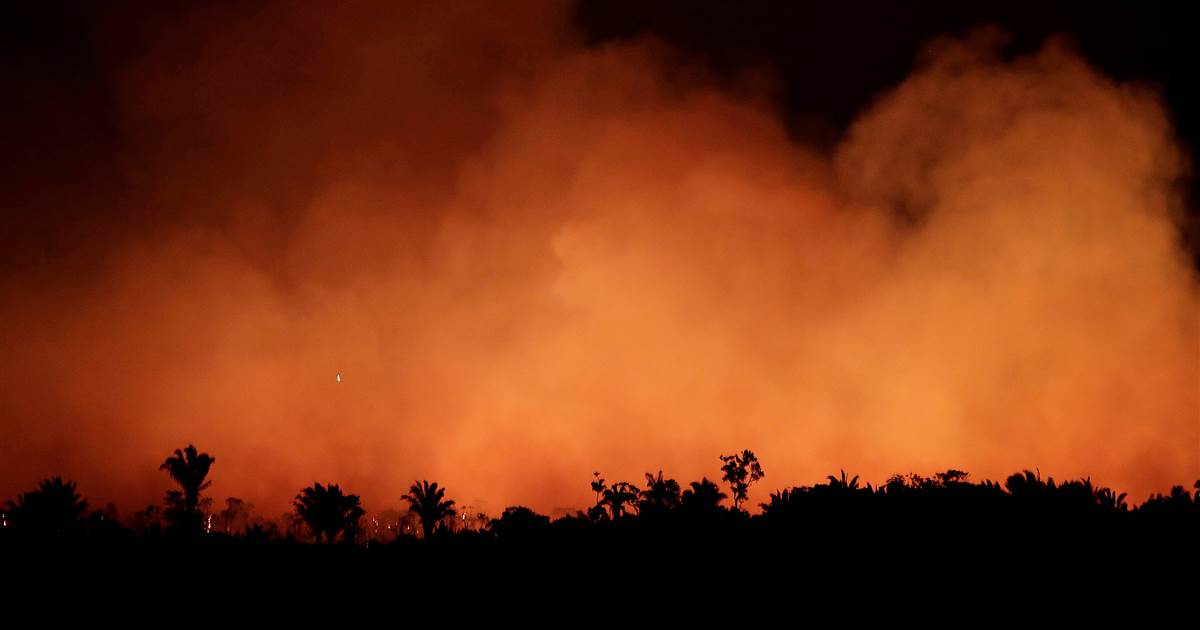 The Amazon’s lush greenery and network of waterways are at risk in the face of this summer’s record fires, but another force of nature brewing high above the landscape is also deserving of attention, scientists and researchers say.

An invisible atmospheric river that carries water vapor from the rainforest’s billions of trees helps to hydrate the land, as well as provide moisture across the South American continent. However, the continued loss of vegetation in the Amazon could have a cumulative effect, not only in contributing to climate change but also affecting rainfall patterns around the globe, including the U.S. Midwest, threatening food production and destabilizing ecosystems, according to the experts.

“The Amazon is definitely a weather engine,” said Meg Symington, the World Wildlife Fund’s senior director for the Amazon in the United States.

“It’s well-known that the weather patterns affect rainfall in the breadbasket of South America,” she added, “but there’s also evidence that it affects the breadbasket that is the middle of the U.S.”

A 2014 study in the journal Nature Climate Change found that “complete Amazon deforestation would reduce rainfall in the U.S. Midwest, Northwest and parts of the south during the agricultural season.”

Similarly, deforestation in Central Africa would also have an effect on different areas of the U.S., the report found. That’s because by cutting down trees, moisture that would cool the air is lost and the warmer air rises to the upper atmosphere, creating ripples that flow outward and can alter the climate of other regions.

While some areas could see a decline in rainfall, such as the U.S. Midwest and southern France, an opposite effect of more precipitation might be seen in Hawaii and the United Kingdom, according to the study, although the exact scale is still unclear.

A 2018 report published through the Yale School of Forestry & Environmental Studies noted that as humans “shave the planet of trees, we risk drying up these aerial rivers and the lands that depend on them for rain.”

The impact of deforestation “could in many continental interiors dwarf the impacts of global climate change,” the report added. “It could dry up the Nile, hobble the Asian monsoon, and desiccate fields from Argentina to the Midwestern United States.”

Experts say a “tipping point” exists for how much deforestation must occur before the Amazon, which spreads across an area 10 times the size of Texas, flips into a drier, savanna-like state, with some studies suggesting that the deforestation level must reach 30 percent to 50 percent of the Amazon basin.

The World Wildlife Fund estimates about 17 percent of the Brazilian Amazon is already deforested. A 2018 study in the journal Science Advances reported that a tipping point can now be reached in Brazil at 20 percent to 25 percent.

And with deforestation levels unchecked, that could happen in as little as five years, according to Symington.

“The Amazon is so important — a critically important part of the world — not just for animals and plants and the people that live there,” she added. “This is a crisis.”

Brazil had made strides from 2004 to 2017 to drive down its deforestation levels by 75 percent, the government reported last year.

But with the presidential election of populist Jair Bolsonaro, who took office in January, Brazil has seen a shift in environmental policies meant to curb illegal logging and fires started by farmers clearing land for cattle and agriculture. This week, Bolsonaro blamed the fires on nongovernmental organizations, accusing them of starting the blazes in order to undermine him. He provided no evidence for the claim.

His government has also blasted the government agency in charge of tracking deforestation, saying it was lying about the data. According to Brazil’s National Institute for Space Research, more than 74,000 fires have been observed in Brazil alone this year, nearly double the total for 2018.

After attacking his critics on social media, including French President Emmanuel Macron, Bolsonaro said Friday that he might send Brazil’s military to battle the blazes, although he didn’t provide any immediate details.

“That’s the plan,” Bolsonaro said, according to The Associated Press.

The National Institute for Space Research has said that while the current dry season in Brazil creates favorable conditions for more fires, the region has not been in any significant drought and humans are a root cause for the destruction.

Scott Saleska, a University of Arizona professor who first began studying the Amazon more than 20 years ago, said that water produced in the Amazon ecosystem has a more immediate impact on the continent, but there are also “subtle and nuanced” ripple effects globally felt from the loss of trees, including winds carrying changes in climate that could pose a substantial risk or gain to agriculture in different places.

For instance, depending on climate shifts, Amazon deforestation might actually increase productivity in U.S. agriculture in the Midwest, while causing a mix of increases and decreases in productivity in Eurasia, Saleska said. For southern Brazil, the effects could be devastating if the Amazon isn’t allowed to recover.

“We worry that we will soon cross a threshold of forest loss, a point of no return, after which the water recycling pump will be insufficient to maintain the system and we will see forest collapse independent of further human depredations,” Saleska said in an email.

“Now after more than a decade of progress, that is all being thrown away,” Saleska added. “It is a waste and a shame.”

Norway’s Wealth Tax Is Uncommon. Here’s What America Could Learn From It.

The Rift In The House Democratic Caucus

“It’s far from over, there are 600,000 ballots in question”- Trump lawyer Rudy Giuliani says president won’t concede until legal options are exhausted