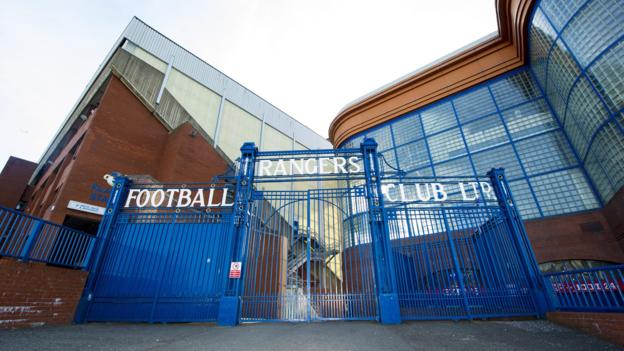 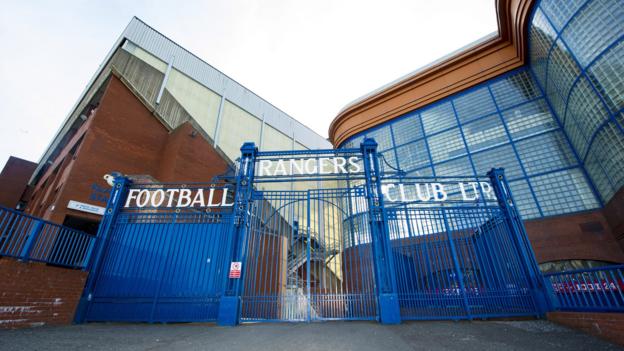 Rangers have been ordered to close part of Ibrox for Thursday’s meeting with Legia Warsaw following “racist behaviour – which includes sectarian singing” from fans.

The punishment from Uefa relates to the Europa League first round, second leg against St Joseph’s on 18 July.

Rangers must close at least 3,000 seats and display a banner with “#EqualGame” on it in the empty section.

They are yet to announce the area to be shut for the sold-out game.

The tie is in the balance after Thursday’s first leg in Warsaw finished goalless.

Uefa’s disciplinary regulations state Rangers could face a euro 50,000 fine and the prospect of playing a tie behind closed doors if there is a further breach.

“Our supporters have been asked repeatedly by the club to refrain from indulging in this, and other forms of unacceptable behaviour,” said a statement from the Scottish club.

“Sadly, the warnings have fallen on deaf ears and the actions of this minority will cause the club and the majority of good and decent Rangers supporters to pay a heavy penalty.

“Unfortunately, a significant number of supporters, innocent of any wrongdoing, will be unable to attend next week’s match. This is deeply regrettable to all at the club and we hope that the guilty parties who attracted the attention of Uefa might reflect on the damage their unacceptable behaviour is causing Rangers and their fellow supporters.

“If any individual supporter is unable to behave in a civilised manner then please stay away from Ibrox and our club.

“You are harming Rangers and that is something a genuine supporter would never wish to do.”

Rangers chairman Dave King added: “Rangers is a club open to all and we will continue to convey this message at every opportunity through our Everyone Anyone initiative.

“Rangers has players and supporters from many religions, cultures and backgrounds but we are one and the same when we gather to support our club. If any supporter cannot accept that then Rangers is not the club for them.”

Police Scotland have confirmed three arrests were made on the night of the St Joseph’s game, but none for sectarian singing.

The Scottish FA and Scottish Professional Football League have declined to comment.