Feeling strange! From Mike and Eleven to Lucas and Max, viewers have watched their favorite Stranger Things characters grow up — and fall in love — right before their eyes.

Sadie Sink joined the Netflix series in its second season, playing the mysterious Max, who moves to Hawkins, Indiana, from California. Max quickly catches the interest of Lucas (Caleb McLaughlin) and Dustin (Gaten Matarazzo), but Mike (Finn Wolfhard) and Will (Noah Schnapp) aren’t totally sold on letting a girl into their group.
Also read: Where Do Harry Styles And Zayn Malik Stand Today?

“I knew the big following Stranger Things had and I really liked the show, but even if I hadn’t known what the show was, I still really related to the character and I really liked the material,” Sink told The Hollywood Reporter in November 2017. “I loved how she had this backstory where things are not easy for her, but she’s still super tough. I really liked that. She could be feisty and funny at times, too.”

Though she was new to diehard fans when she made her season 2 debut, the actress was already familiar with McLaughlin and Matarazzo. “We were on Broadway at the same time,” she told the outlet. “Caleb was in Lion King, Gaten was in Les Mis and I was in Annie. We all knew each other from that. It’s cool. It’s interesting how three little Broadway kids all ended up on the same show.”

When the boys weren’t fighting off supernatural demons, they were fighting for Max’s affections. Eventually, she and Lucas share a sweet kiss during the school’s winter dance — and the scene was a pretty big deal for the duo in real-life.

“I had a bunch of people around me and, like, extras and everyone just watching,” McLaughlin recalled to Teen Vogue in early 2022, confessing that his first kiss was caught on camera. “And they had, like, the music on, and everyone’s, like, waiting for it to happen. It’s a lot of kids [being] like, ‘Oooh, you’re gonna kiss her!’ And I’m like, ‘Bro, stop. We’re acting. You’re making it bigger than it actually has to be.’”

Also read: Everything To Know About ‘Thor: Love And Thunder’

Sink, for her part, bragged that she had a “pretty incredible” first kiss story. “It’s amazing to be with one of your best friends in this amazing ’80s decked out gym,” she told Heat magazine in 2021. “Kind of cool. I’m not mad at it!”

Executive producer Shawn Levy, however, had a different recollection of how it went down. “The kids were mortified shooting those kisses,” he told Glamour in 2017. “Mortified! We had to do it a lot of times because the steady cam was going around and around. If the camera was in the wrong place, you wouldn’t see the kiss.”

Season 4 of Stranger Things will dive even deeper into Max and Lucas’ relationship — and will be scarier than ever before. “The kids are obviously, like, we’re a lot more mature now,” Sink teased on The Tonight Show Starring Jimmy Fallon in May 2022. “The show has kind of matured with [us] in a way. And Max, you know, she’s not doing too hot. You’re kind of getting to see her in, like, her emo phase a bit.”

Scroll down to relive Max and Lucas’ ups and downs in Hawkins: 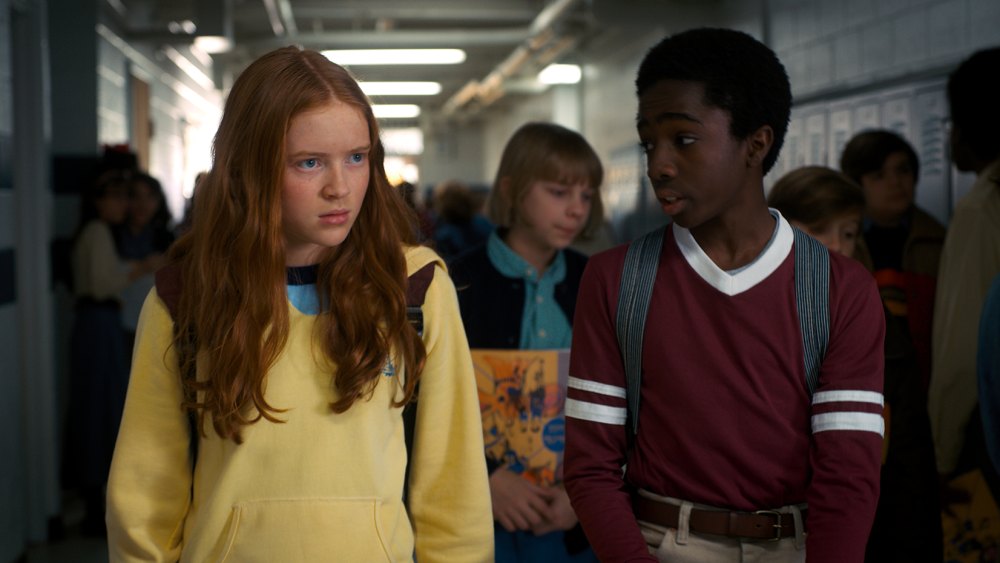 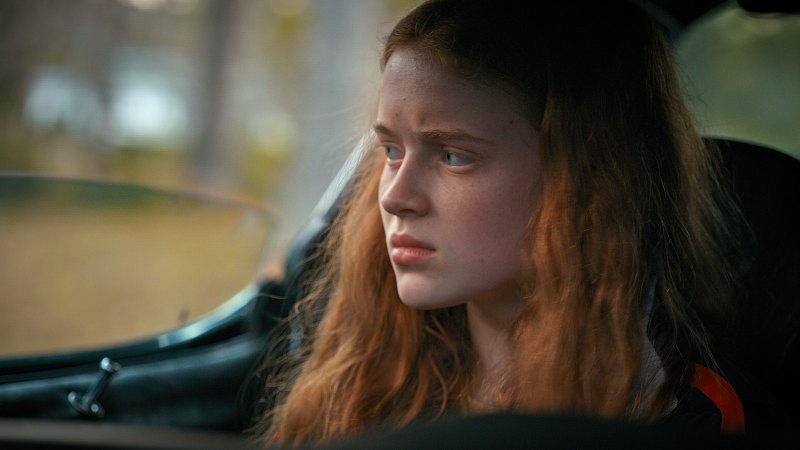 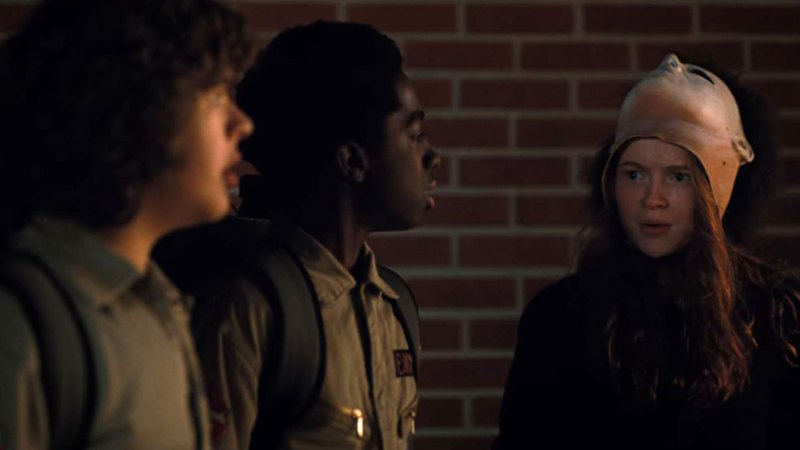 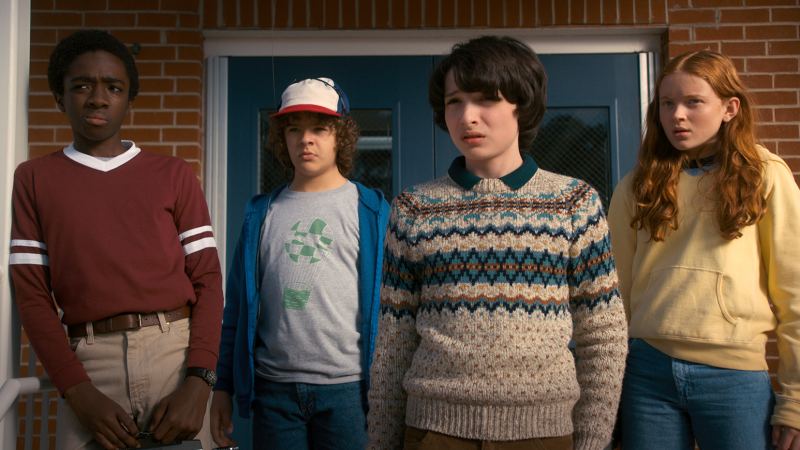 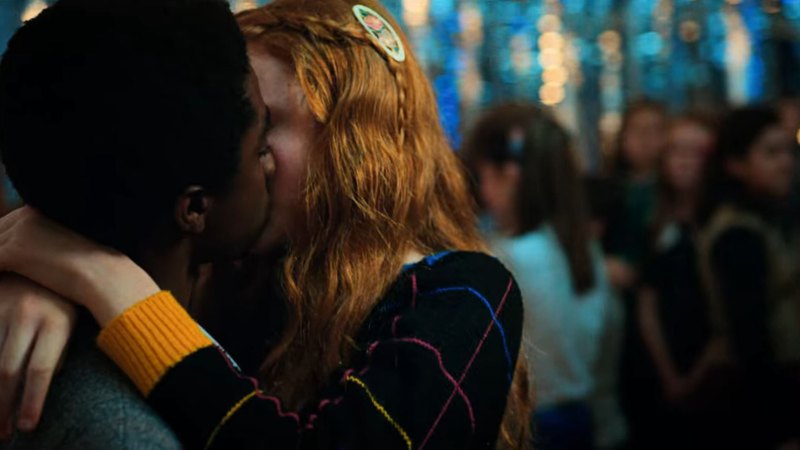 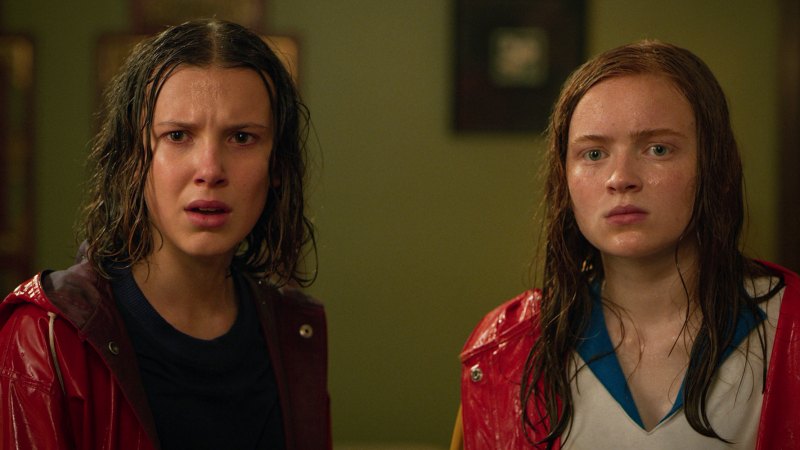 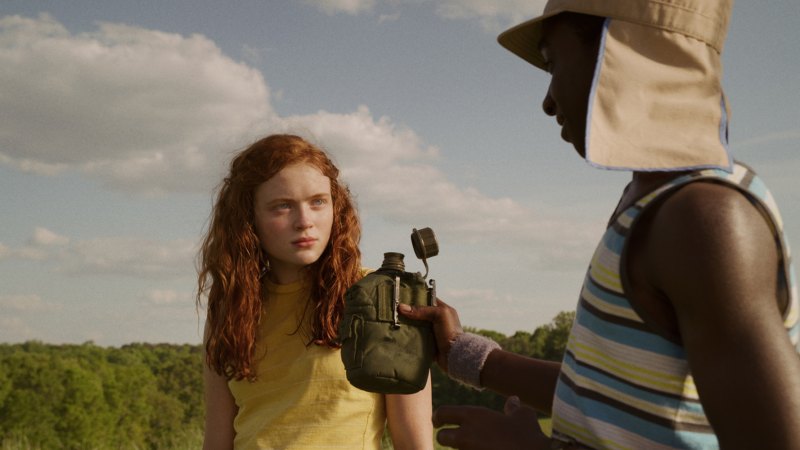 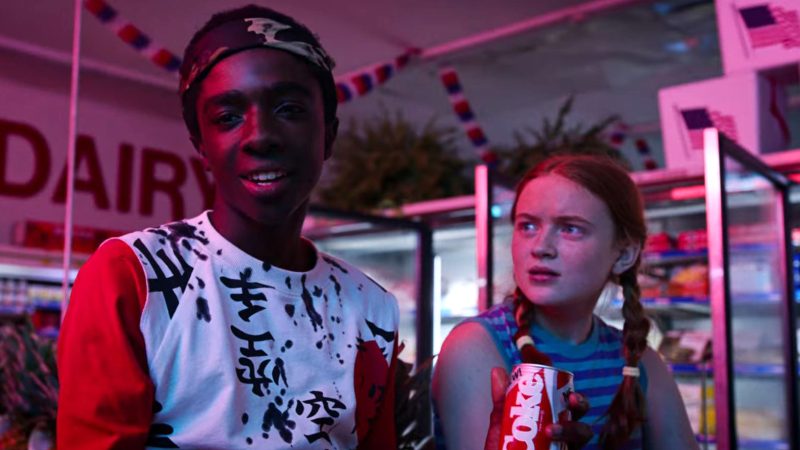 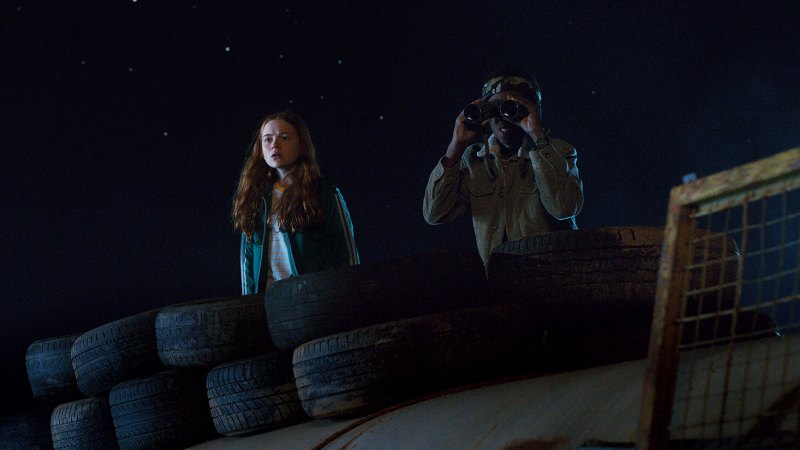 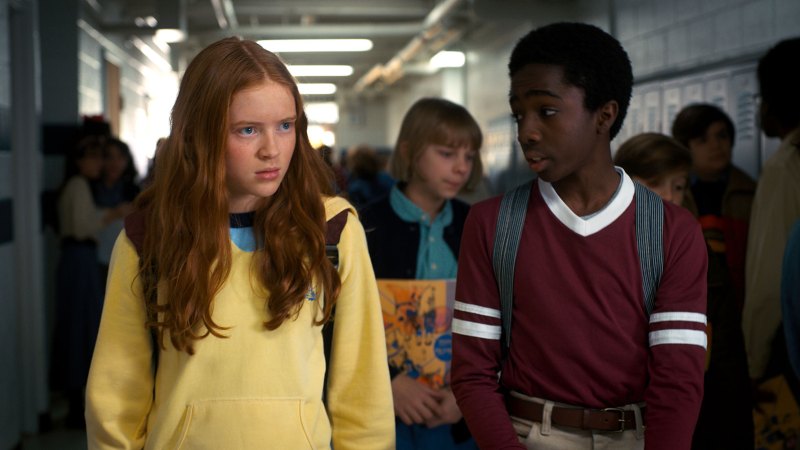 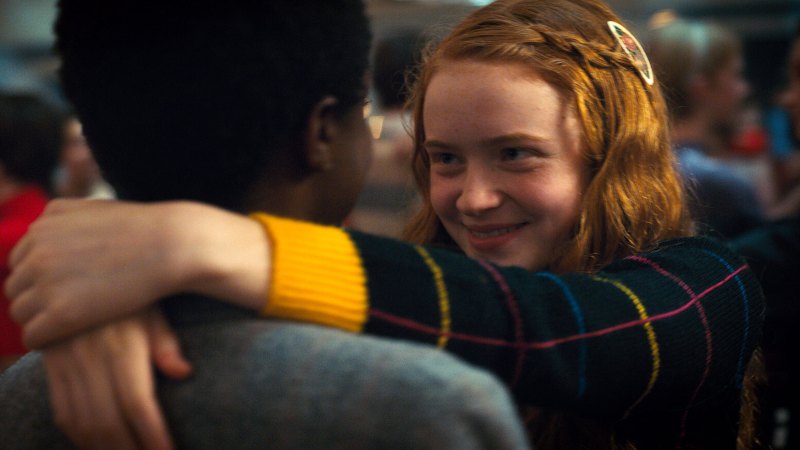