Florence Pugh Has Another Talent Outside Of Acting 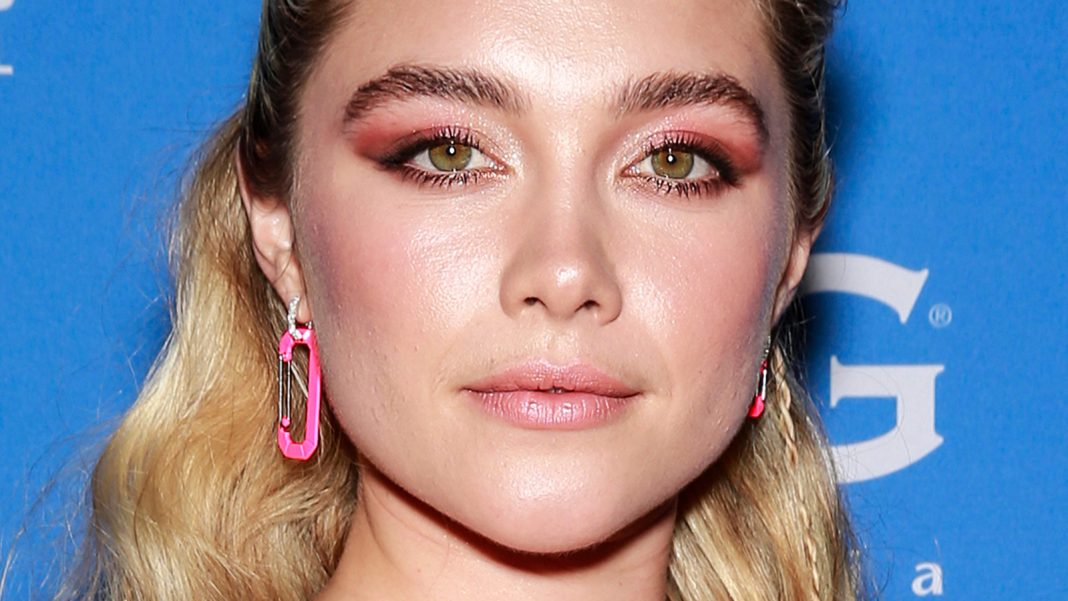 Florence Pugh can sing! In a 2020 Vogue cover story, Pugh explained that her mother uploaded home videos of her to YouTube. In 2013, Pugh called herself “Flossie Rose” and sang Oasis songs while playing guitar. According to People, one of Flossie Rose’s most

popular video is “Wonderwall,” which she tailored to sound like Ryan Adams’ cover. “So amazed by Ryan Adams’s version of this I decided to have a go at it. Love the original and love this version-food for ears!” Pugh wrote in the video’s caption.

It makes sense that the young actor is comfortable singing. Pugh told Vogue, “I’ve always been a very loud personality … And because I was good at it, I don’t think my parents found it offensive.” Pugh revealed that her unusual singing voice is due to tracheomalacia, making her trachea partially collapse when she breathes. The “Little Women” actor said

tracheomalacia resulted in childhood hospitalizations but noted she’s done some singing in her films and would like to make more music. Watch “Flossie” perform; her voice is amazing!