Lionel Messi Barcelona star and his wife hang out with Fabregas in London Messi and Fabregas hung out together with their partners to have lunch in London. 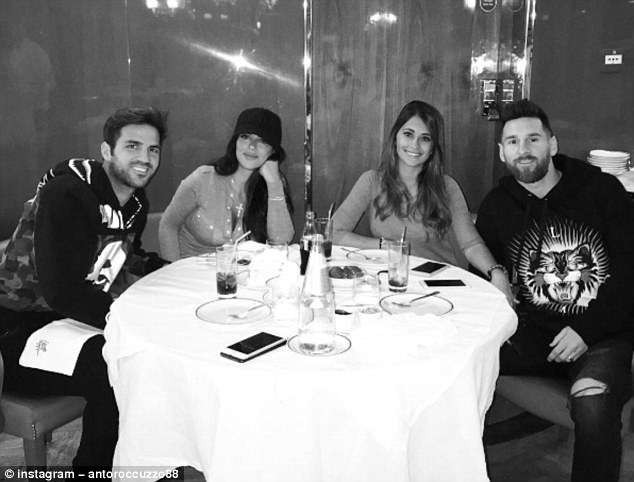 Barcelona star Lionel Messi and his wife Antonella Roccuzzo hung out with his friend and former teammate Cesc Fabregas who was also with his partner Daniella Semaan.

Messi and Fabregas have been friends since their days together at Barcelona’s famous La Masia Academy.

The friends with their respective partners hung out together to have lunch in London after the Best FIFA Football Awards which happened on Monday, October 23.

Messi’s wife Roccuzzo put up a photo she snapped at the meet.

“Beautiful lunch with them! @daniellasemaan @ cescf4bregas @leomessi !! See you next time,” she wrote alongside the photo on Instagram.

Fabregas and Messi were pictured boarding a taxi (BackGrid)

The crew was also pictured boarding a taxi after lunch.

Messi attended the awards’ ceremony where he lost out on the big prize of the night to his arch-rival Cristiano Ronaldo.

Fabregas and Messi were pictured boarding a taxi (BackGrid)

Individually, the Argentine had a better year compared to Ronaldo but the Portuguese’ La Ligaand Champions League double win with Real Madrid gave him the edge.