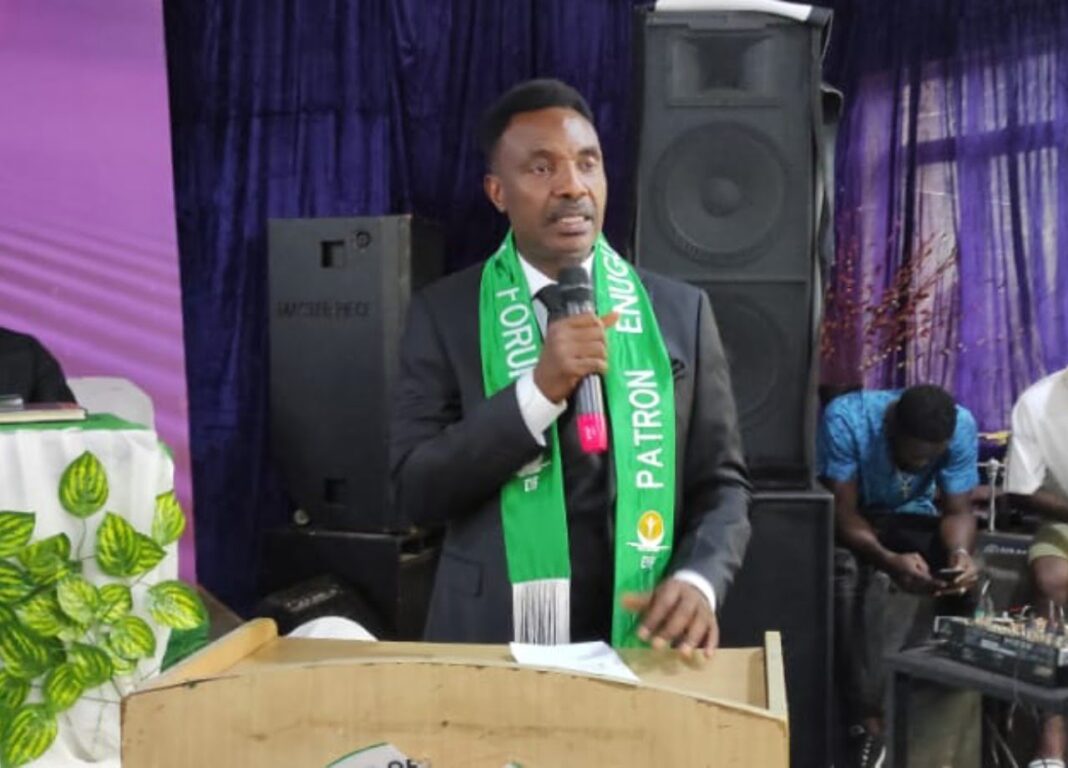 The immediate past chairman of the All Progressives Congress, APC, in Enugu State, Dr. Ben Nwoye has described the ongoing attack on former Deputy Senate President, Senator Ike Ekweremadu over his guber ambition as unnecessary.

Nwoye took the stand on Thursday while addressing journalists.

He said there was nowhere in the constitution where anyone could be barred from contesting election whether zoning or no zoning.

Nwoye, who expressed support for zoning, said, “I’m for zoning because it has brought peace, equity, and fairness in Enugu State but zoning does not prevent anyone from running for an election, there are other factors that prevent someone from running but not on zoning.

“For instance APC has zoned the governorship seat to Enugu East Senatorial district and I stand by that zoning, even when people come to talk about the issue of competence, but I believe that every zone has competent people, we just need to choose right.

“I gave my support to zoning during the rally organized by Enugu East, not because I’m for PDP but because it’s fair because we started the zoning with Enugu East in 1999, then to Enugu West and to Enugu North, so it ought to go back to Enugu East and the people of Enugu East has appealed to other aspirants from Enugu West and North to support Enugu East so that we can continue to enjoy fair distribution.

“Unfortunately, there are others who believe they have the capacity to run and they have the constitutional right to run, but what we see is people attacking them.

“Specifically, Senator Ike Ekweremadu does not deserve the type of attack that some people in PDP are giving him. What the people of Enugu East should do is to appeal to Ekweremadu and some others.

“The Enugu East people ought to send a delegation to Senator Ekweremadu and plead with him to allow Enugu East to go, but for the fact that they are attacking him, it means they don’t have all it takes to contest,” he said.