Wowplus
Home Communities Politics 2019 Elections: Fela Durotoye and how Nigerians reacted to his decision to... 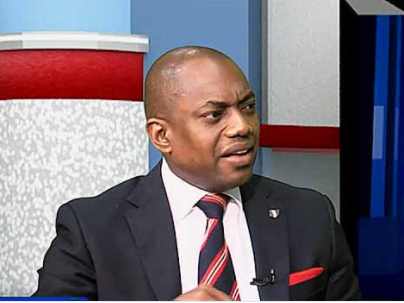 2019 Elections: Fela Durotoye and how Nigerians reacted to his decision to run for office

There’s been alot of talks about young Nigerians getting more involved in politics and with the recent passage of the ‘Not Too Young To Run’ bill, it gained more momentum.

So during this past week, popular motivational speaker, Fela Durotoye declared he’ll be running for President come 2019 but it wasn’t received quite well as several young Nigerians on social media began asking ‘what does he know about goverment’?

This brings the question, ‘what do we really want’?

See all the reactions below…

We are so obsessed with Political experience thats why we end up with people like Dalung and Shittu.

What Do We Really Want ?

The same youths campaigning for #NotTooYoungToRun are the ones bad mouthing Fela Durotoye Presidential ambition.

Dear youths, you know what you want, but you are just hypocrites.

I like the fact that Fela Durotoye is running for office as president…it’s nice and that’s all it is NICE.

What I don’t like is the idiots deceiving him…

Run in your local area and make impact. Start from there.

Imagine a presidential debate between Fela Durotoye and Buhari. Lmao ?

I’d like to read up on Fela Durotoye’s views on things like restructuring, state police, land use act, etc… can anyone on my TL kindly send links to articles or interviews

46-year-old Fela Durotoye is running for President in 2019. 36-year-old Adama Garba is also running. Welcome developments. But the platform’s influence they’re running on matters and can they get adequate funding & mass outreach on time? For example, PDP is active in all 774 LGs.

You complain about this govt
Fela Durotoye steps up, you complain
We gotta ask God for permission for you to rewrite book of Lamentations

Can’t we all just vote for that Fela Durotoye man? at least let’s take power away from these Old heartless people that have been leading us since whenever.

He is not getting my vote.

In fact, he isn’t going anywhere – so I won’t even bother myself with him.

Scenes when Fela Durotoye wins the 2019 elections, locks up your favorite messiah for corruption and arrests everybody that has worked for NEPA from 95 till date

Youths: Dear Nigerian youths, you have to take this country from the old.. #NotTooYoungToRun

Sowore: Rumoured for the same position

Youths: Fela & Sowore are not serious

I wish Fela Durotoye well and I think it is a very brave thing he is doing, however I personally will not vote for the man, I do not trust his judgement. He actively campaigned for Buhari in 2015 even though he had all the facts available about the man.

It does not matter what Fela Durotoye is for and what he is against. Except he
builds/
acquires/
joins
a political machine that can deliver votes at the PU and ensure those votes are reflected all the way to the federal level, his candidacy is DOA.