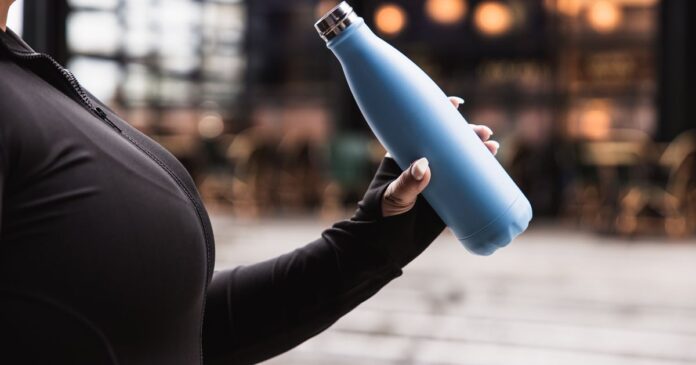 By Terry Paul
January 10, 2023
The power of a reusable water bottle cannot be understated. It sees us through WFH, the gym, and our daily commute. It saves on plastic waste and keeps us healthy and hydrated, making sure we get our recommended daily dose of water.

But despite it playing such an integral part in our lives, most of us are forgetting to clean ours regularly.

Do you ever think about what type of bacteria might be living in your water bottle? Well, wonder no more, because the team behind waterfilterguru.com has investigated what exactly we could be ingesting when we take a sip.

Gram-negative bacteria can cause infections that are increasingly resistant to antibiotics, while certain types of bacillus can lead to gastrointestinal issues.

The researchers measured colony-forming units (CFUs) to estimate how many living microbes are in a sample. By their count, reusable water bottles have an average of 20.8 million CFUs of bacteria, with the most CFUs found in spout-top and screw-top bottles, which had 30 million CFUs. Squeeze-top bottles were the cleanest, with only a tenth of that amount of bacteria (3 million CFUs).

most germ-filled spots in a home, the kitchen sink.

And that’s not even half of it. Reusable bottles can harbor four times the amount of bacteria as a computer mouse, 14 times more than a pet bowl, and a whopping 40,000 times more bacteria than a toilet seat. Yes, you read right.

Moist environments are breeding grounds for germs. That’s why washing a reusable water bottle you drink from every day should be part of your daily routine. More than 60% of respondents to the company’s survey said they clean their water bottles once or more per day – but others weren’t so diligent.

The same water bottle that keeps you healthy could make you sick if not cared for properly. If you’ve been feeling unwell, check in with your water bottle cleaning habits to see if bacteria and mold might be the culprit.

Experts recommend washing your water bottle once a day and sanitizing it at least once a week, more often if you’ve been sick, drinking while eating, or filling it with something other than water – especially if it has sugar.

You also need to be mindful of the water you’re putting into your reusable bottle. Inadequately treated water or contaminated pipes can decrease the safety of your drinking water, so filtering your water can be a good way to keep it safe.

5 Things Not to Do Before Trying to Sleep