Rishi Sunak Refuses To Say If He Uses Private Healthcare 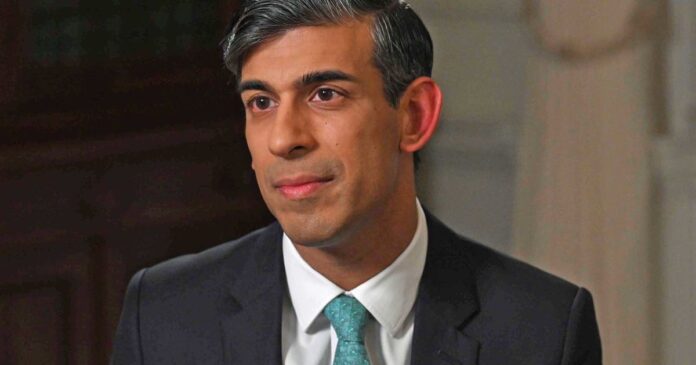 Rishi Sunak has repeatedly refused to say whether he uses private healthcare as it is not “relevant”.

Speaking to the BBC’s Laura Kuenssberg programme on Sunday, the prime minister said questions about his personal situation were a “distraction”.

“As a general policy I wouldn’t ever talk about me or my family’s healthcare situation,” he said. “I think my track record matters more than these things.”

It comes as a wave of strikes and high levels of flu and coronavirus are compounding the huge pressures in the health service.

Senior doctors have warned the NHS is on a knife-edge, with many A&E units struggling to keep up with demand and trusts and ambulance services declaring critical incidents.

On Monday unions will meet with health secretary Steve Barclay to discuss pay for 2023-24 from April.

The Royal College of Nursing (RCN) has demanded discussions cover pay for the current financial year not just the next.

It has asked for a 19% pay rise for nurses but has indicated it would be willing to meet the government “halfway”.

Sunak said this morning it had “always been the case” the government was willing to discuss pay and hinted talks could cover the current year’s deal.

Pressed on whether he has private healthcare, the prime minister said: “It’s not really relevant in this is, what’s relevant is the difference I can make to the country.

“It’s just a personal choice. It’s about healthcare, I think it is somewhat private.

“I think what people care about is am I going to make a difference on the thing they care about.

“When it comes to the NHS I literally grew up in an NHS family. My dad was a GP. My mum was a pharmacist.”

He added: “It’s a distraction from the real issue. The real issue is making sure there is high quality healthcare available for the country.”

Pat Cullen, the general secretary of the RCN, told the BBC she thought Sunak should “come clean” about his healthcare arrangements.

“I think as a public servant you ought to be clear with the public whether or not you are using private health cover,” she said. “That’s about being open, it’s about being transparent and it’s about honesty.”

Wes Streeting, Labour’s shadow health secretary, said he did not use private healthcare but there was nothing wrong doing so. “It’s a free country, people can make that choice,” he said.

“The prime minister in that interview gave the impression of someone who not only doesn’t use the NHS but doesn’t understand the scale of the challenges.”