Exclusive: Tories Warn Sunak He Must ‘Make Progress’ In 2023 Or Face Election Defeat 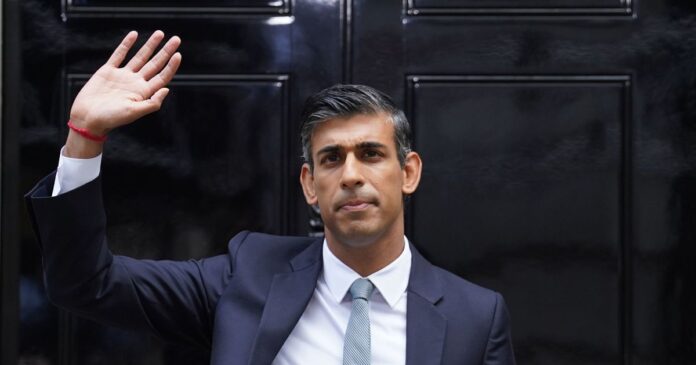 Tory MPs have warned Rishi Sunak that he must show voters he has made progress in 2023 on the economy, the NHS and illegal immigration if he is to stand any chance of winning the next election.

The prime minister has won plaudits from his backbenchers for “steadying the ship” after the chaotic reigns of Boris Johnson and Liz Truss.

But Conservative parliamentarians now want Sunak to tackle the big issues facing the country over the next 12 months.

They say that unless he does, he faces being thrown out of Downing Street at the next election, which could be just over a year away.

One senior Tory MP told HuffPost UK: “Rishi has steadied the ship. Calm has been restored. The party and most of the country welcome that.

“But Rishi now needs to deliver some tangible positives on the economy, and tackle illegal migration whilst still attracting legal migrants to help fill all the vacancies across the country. The NHS must also be a priority.

“He can’t fix it all before the next election but he must make some tangible progress if we are to recover in the polls.

“The economy, migration and the NHS will all determine the party’s future prospects.”

Another Conservative backbencher said: “I think Tory MPs are looking for stability.

“If you speak to ordinary people, they are just relieved that things have calmed down again after the Johnson and Truss experience.”

One former minister told HuffPost UK that the Tories had had “a near death experience” and the vast majority of MPs are now willing to back Sunak.

“They realise that Rishi is now the only game in town so we have to support him,” they said.

However, one MP said the Tory backbench rebellions over housebuilding targets and onshore wind projects – both of which forced Sunak into embarrassing U-turns – showed that the PM will have trouble keeping his party united.

“The reality is that if 25 Tory MPs are against something, it can’t happen,” the MP said. “Rishi is very much at the behest of the party on many fronts, rather than being in control of events.”

One former cabinet minister told HuffPost UK that unless Sunak can halt the small boats carrying asylum seekers across the English Channel from France, the Tories’ electoral prospects are grim.

“Colleagues in red wall seats are under a lot of pressure on immigration, particularly on the boats crossing the Channel and asylum seekers being put up in hotels,” the MP said.

“Rishi has got to be seen to be on top of that – that’s his Achilles Heel when it comes to taking on Nigel Farage’s Reform UK party.”

With the latest opinion polls indicating that Labour retains its commanding lead over the Tories, the next 12 months will be crucial if Sunak is to stand any chance of hanging on to the keys to Number 10.

A veteran Tory MP said: “The odds are still in favour of a Labour victory, but at least they’ll have to go out an win it now rather than just turning up, which is where we were before.

“The better Rishi does on the economy, the harder Labour will have to work to win in 2024.”