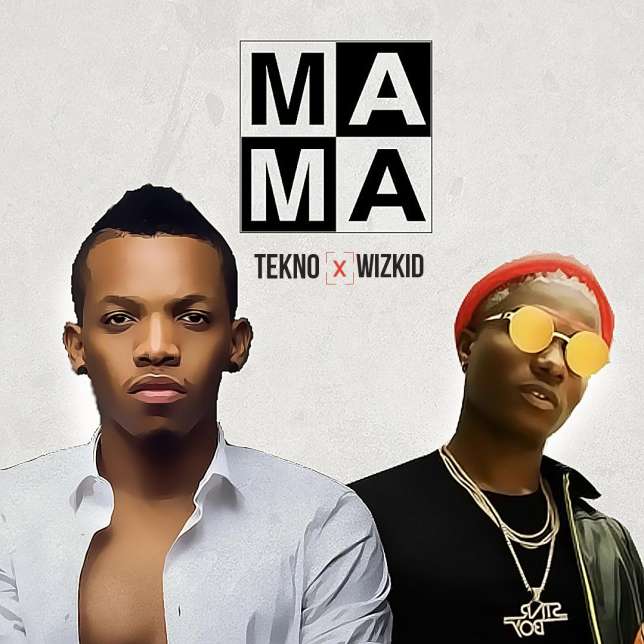 This isn’t a bad song. There’s enough quality in the music to consider it a good song. But is it the best jam Wizkid and Tekno can make?

Tekno and Wizkid linked together in what is supposed to be one of Nigeria’s strongest collaborations, and the result isn’t their strongest foot forward.

This new song titled ‘Mama’ isn’t the collaboration that we know they are capable of. It just makes me want to call them both and ask them why they misrepresented themselves on what could have been one of the songs to end the year on a high. How did this happen? Who signed off on such a record? Why did they pick that song as their working material? Don’t they fear God at all?

When Wizkid and Tekno had a fight earlier in the year as an extension of the great and never-ending Starboy-OBO rivalry, they dominated the Nigerian conversations. Wizkid’s pet name for ‘Tekno’ (duck-face) is one of Nigeria’s pop culture gems, and it became a national issue because of the strength of their artistry and celebrity. To see them move quickly through the reconciliation process and straight to collaboration is a positive. But this record isn’t their best work.

Tekno is currently one of the most revered acts in African pop music. Since 2015, the singer has properly come into his own, shattering mainstream consciousness with a string of hits. His good run has seen him zoom to the zenith of African pop music, with each new song almost guaranteed to be a hit record. He has become Africa’s go-to guy for bangers, showing a one-dimensional ability to destroy dance floors from Lagos to Kampala. He’s also a good producer, who have crafted huge records for his peers.

Wizkid, on the other hand, is a certified music monster who can turn anything into artistic gold. A career full of sonic gems has created one of Africa’s most celebrated pop musicians. So great is his artistry and impact that he has been repeatedly compared to Fela Kuti, the creator of Afrobeat. What has stood Wizkid out is his big pop records and collaborations which attracted major label Sony Music. His latest album “Sounds From The Other Side” was a product of RCA Records. That’s how big he is.

Bringing these two bastions of pop music together on a record would create certain expectations. On paper, a unification of Wizkid and Tekno’s powers would create a super product with the power to become an instant classic, rule the industry, and dominate the continent. (You can also add: heal the sick, raise the dead, cure AIDs, end cancer, and give us elusive World Peace.)

But this record isn’t that pop cut that ought to have come out. Wizzy and Tekno flipped the script on us. They took the music to a sober dimension. Over mellow, throbbing Highlife arrangements, they begin to introspect. These make conscious music, reflecting on their rags-to-riches story, and tying it back to the belief of their mothers. How disappointing.

Tekno sets up the sombre mood with the opening line: “I no get money when I come Lagos, Na my dream and my hustle and I thank Jesus.” Wizkid latches on to this, following up with his own come-up story: “Nobody send when I sabi Banky W, but right now na starboy starboy. Now girls move tingaligaling, God bless me I bless mama pocket.”

It’s the sober gratitude Olympics here, from two artists who have the ability to make Africa go mad on the dance floor. This record will have its lovers. It ticks all the right boxes for the crowd that fell in love with ‘Ojuelegba’. The same crowd that demands for music to be used as a tool for inspiration. They will fall over themselves with excitement.

‘Mama‘ isn’t a bad song. There’s enough quality in the music to consider it a good song. Some section of fans and commenters will call me a hater for not feeling this. But close your eyes for a moment and think of all the hits that have come from these stars. Imagine throwing these hits together and creating one solid record that would make enjoyment kill you this Christmas season. Think of your speakers blowing that mega jam from Wizkid and Tekno. Imagine the potential madness that could have been. Then slowly open your eyes and listen to this reality that they have made.