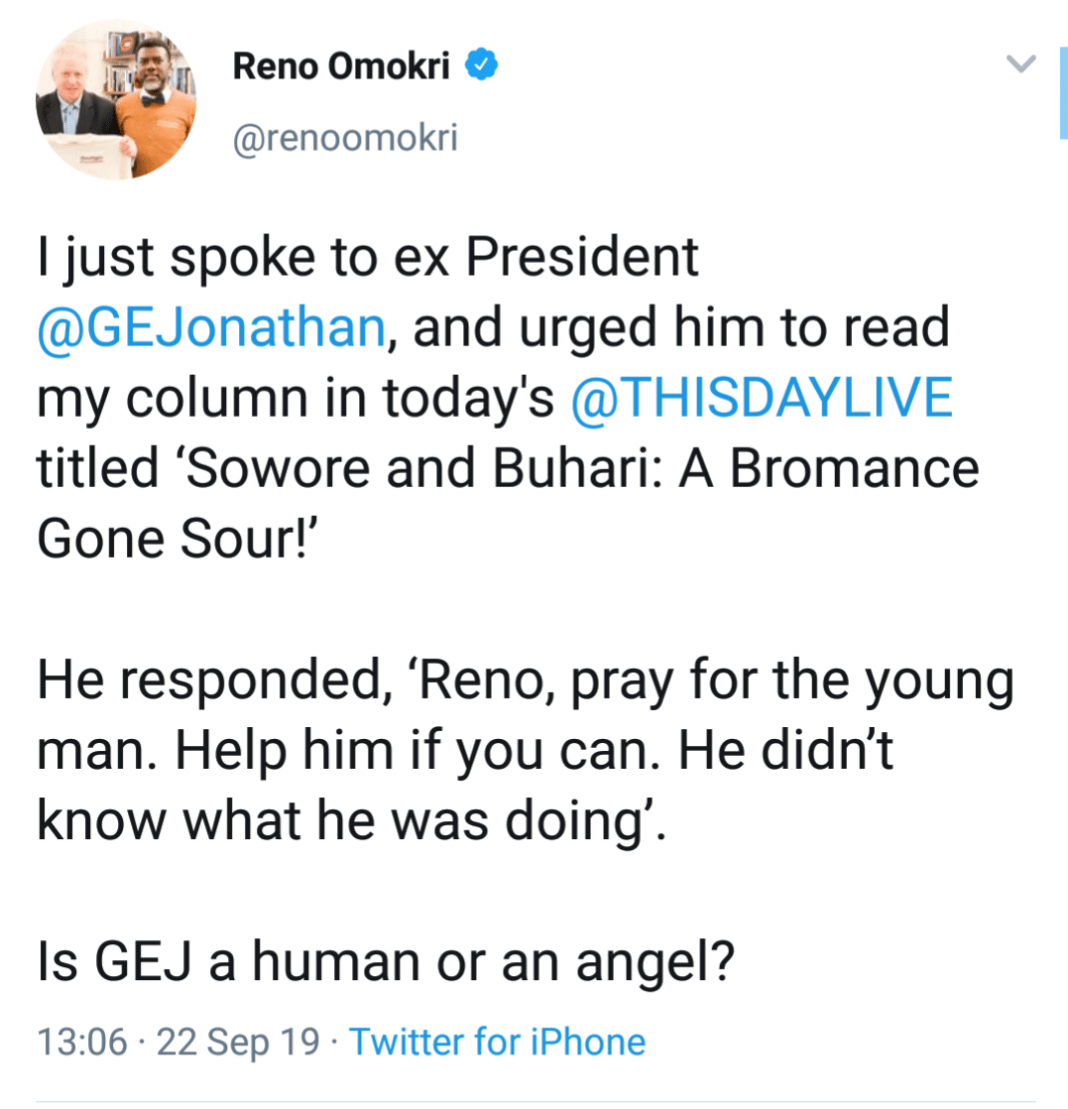 Sowore, the convener of ‘RevolutionNow’ protest and publisher of Sahara Reporters, Omoyele Sowore, has been in Department of State Services (DSS) detention, having been accused of treason.

Making the disclosure on Twitter, Reno said Johnathan was full of pity about Sowore’s situation.

He tweeted: “I just spoke to ex President
@GEJonathan, and urged him to read my column in today’s @THISDAYLIVE
titled ‘Sowore and Buhari: A Bromance Gone Sour!’

“He responded, ‘Reno, pray for the young man. Help him if you can. He didn’t know what he was doing’. Is GEJ a human or an angel?” 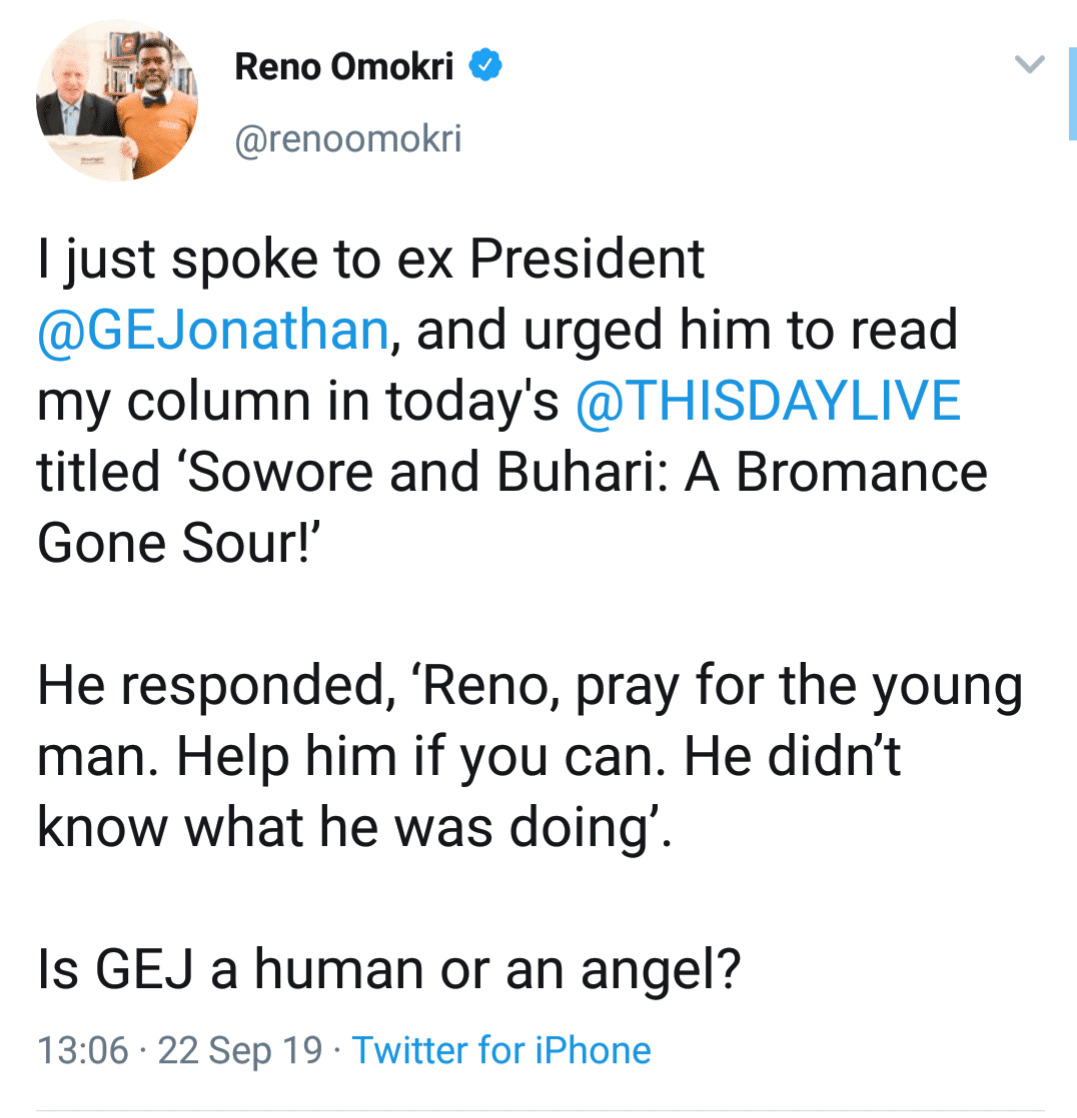 Meanwhile, the Socio-Economic Rights and Accountability Project (SERAP) has written open letter to Mr Abukabar Malami, SAN, Attorney General of the Federation and Minister of Justice, urging him to enter a nolle prosequi and discontinue the prosecution.

“These cases are persecution and not prosecution. As guardian of the public interest, you have a role to end this travesty now, and to maintain the sanctity and integrity of Nigeria’s justice system.

“These cases set a dangerous precedent for the misuse and subversion of the justice system, which may lead to the politicization of the judiciary. This will be bad for everyone—ordinary citizens, journalists and even the politicians in power, as they may themselves become targets of these repressive and abusive tactics when they are out of power/in opposition.

“While the Nigerian government has a responsibility to prevent and prosecute criminal offences, it ought to do so lawfully, and in full compliance with human rights and the rule of law. Exercising your constitutional independence and discretion to withdraw these kinds of charges would meet the test of reasonableness, demands of justice, and as noted, serve the public interest.

“Laws against terrorism and money laundering should be properly used, and not to undermine critical voices, activists, and the media. Invoking the charges of treasonable felony to unjustifiably or arbitrarily restrict the right to freedom of opinion and expression would minimise the seriousness with which our laws traditionally treat such offences, and undermine the essence of the criminal justice system and the rule of law.

“If not urgently addressed, the misuse of the criminal justice system and politicization of Nigeria’s judiciary would jeopardise the independence of the judiciary and the rule of law and lower the public estimation of the ability of our justice system to serve as the last hope of justice for desperate victims.

“Unless these bogus charges are immediately withdrawn, there is a danger that the public interest represented by the courts and that represented by your role, might part company.”