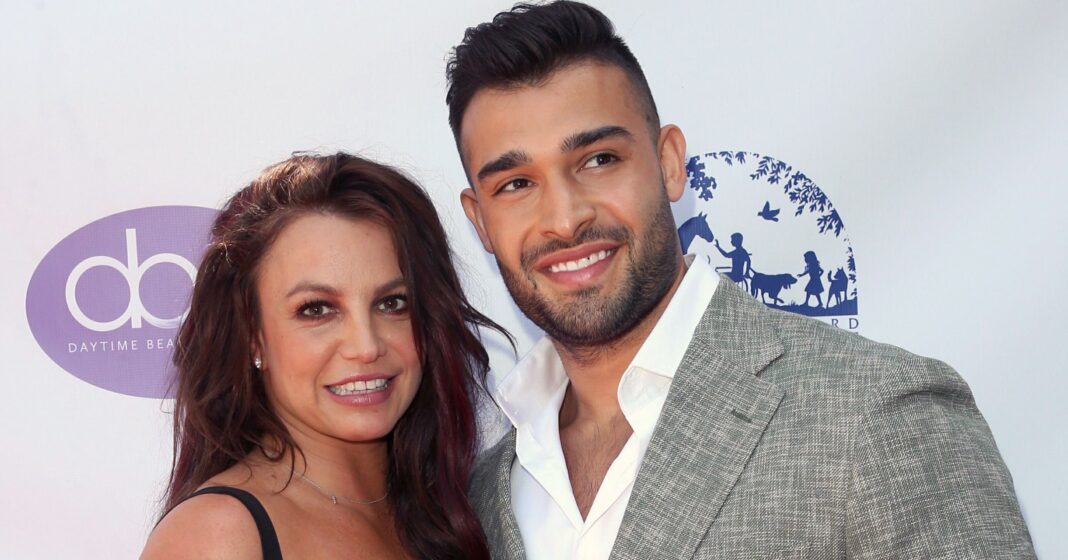 Lifting each other up. Sam Asghari and Britney Spears keep each other motivated with their health and fitness goals.

Britney Spears and Sam Asghari: A Timeline of Their Relationship

“You have to stay on top of that. When it comes to our busy schedules, both of us, we try to support each other as best as we can,” Asghari exclusively told Us Weekly at the 2019 Daytime Beauty Awards in Los Angeles on Friday, September 20.

The “Toxics” singer, 37, joined the personal trainer, 25, at the awards, where he was honored with the award for Outstanding Achievement in Fitness.

Spears teased her award show look — a body-hugging black mini dress with strappy heels — in an Instagram video of herself dancing prior to the event.

“Going to #daytimebeautyawards with my man but had to dance before going !!!! PS I felt beautiful !!!” the “Oops!… I Did It Again” singer captioned the post.

The pop star frequently posts videos of them working out together with outside-the-box exercises. In one video, Ashghari does push-ups while Spears also does push-ups — on top of his body.

The couple arrived at the Daytime Beauty Awards just two days after a court hearing on Wednesday, September 18 to reassess her father Jamie‘s status as her conservator. Jamie had stepped down from the role, which he’s had since 2008, earlier this month. He was replaced with Britney’s current care manager, Jodi Montgomery. Her father will resume his duties once Montgomery’s temporary conservatorship ends in January 2020.

Britney Spears’ Ups and Downs Over the Years

Before the hearing, a source told Us that Britney “immediately” wanted her father removed as the conservator of her estate. Her mother Lynne “feels it’s in Britney’s best interests” if the conservator is a “neutral third party.”

Meanwhile, her father still wants control of Britney’s estate, which is valued at more than $100 million.

“Jamie isn’t opposed to being removed as conservator of Britney as the person, but will fight any attempt to remove him as conservator of her estate,” a second source told Us. “Britney’s finances were in shambles before Jamie took over. She was approaching bankruptcy in 2007.”