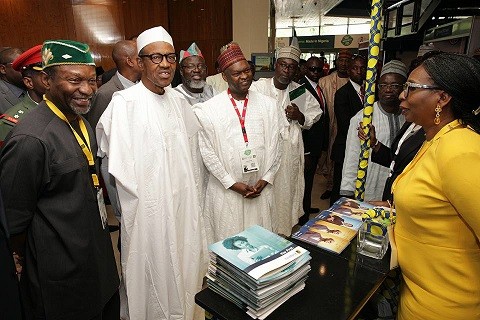 The Consul-General of Switzerland in Lagos, Mr. Yves Nicolet, on Sunday, expressed the readiness of more Swiss companies to export their products to Nigeria, as soon as the recession was over.

Nicolet made the remark in Lagos at the celebration of the 726th anniversary of the foundation of the Swiss Confederation.

The Consul-General said that the celebration of the Swiss Day in Lagos, which was usually meant to be celebrated on Aug. 1, every year, was not a blunder.

“Let me say that we have been trying to strengthen our bilateral relations with Nigeria, especially in the areas of Economy and Culture.

“In the last two months, we are proud to see five new Swiss companies who took the decisions to open their branch offices here in Lagos, and this is a very positive sign.

“Let us hope that as soon as the economic recession ends in this country, we will have a lot more of Swiss companies that will show big interest in the Nigerian market,’’ he said.

The Consul-General, however, said that the current economic situation was also the “right moment’’ for companies to come and invest in Nigeria.

Nicolet expressed optimism at the possibility for the improvement in the current Nigerian economy.

He said that he was committed to attracting more Swiss companies to come and invest, as well as do business in Nigeria.

Nicolet also announced his home government’s plan in October, to organise “Nigerian Days’’ in the three linguistic regions of Switzerland, where Swiss companies would be exposed to investment opportunities in Nigeria.

“The volume of the bilateral trade between Switzerland and Nigeria has to be increased, and I am here with the goal of reaching this objective.

“We believe that the bilateral trade between our two countries is quite still weak. I am convinced that we can bring more Swiss
company products to Nigeria, as well as have more Nigerian products go to Switzerland,’’ he said.

According to him, about 90 per cent of Switzerland’s importation from Nigeria is crude oil. Nicolet added that to further promote bilateral relations between both countries, a Swiss-Nigerian Business Council was founded last year.

He said that his government’s engagement with Nigeria was being guided by the vision that Nigeria would be an example of a peaceful multi-ethnic, multilingual and multi-religious country model, like Switzerland.

Due to its oil imports, Switzerland has a very negative trade balance with Nigeria. Some 60 to70 Swiss firms are active in Nigeria, mainly in the south of the country. Swiss direct investments amount to about USD 300m, employing about 4,000 people.

An aviation agreement has been in force since 1980. In 2000, Switzerland and Nigeria concluded an agreement on the mutual protection and promotion of investments.

In addition, since 1980s, the two countries have implemented several debt restructuring agreements in Nigeria’s favour. The Swiss financial centre has an interest not to become a safe haven for illicitly acquired assets.