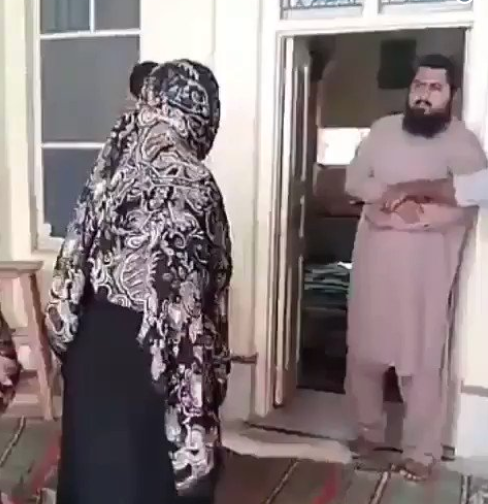 The mother of an 8-year-old girl took matters into her hands when she found out the Maulvi at their local mosque molested her daughter.

In a video shared on Twitter, the mother is seen with her daughter at the mosque as she confronted the sexual predator. She questioned the man for a while before she launched the attack on him with a stick. 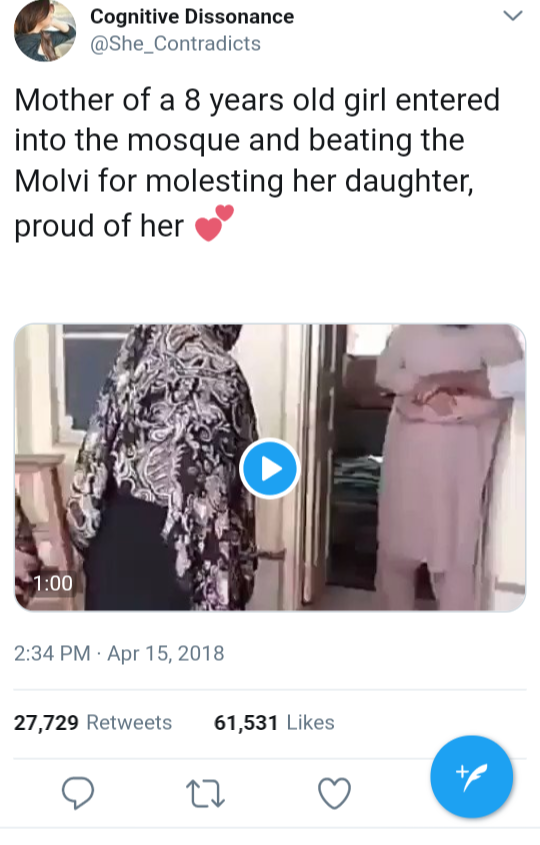 Other maulvis present also joined her in teaching a lesson to the errant scholar.