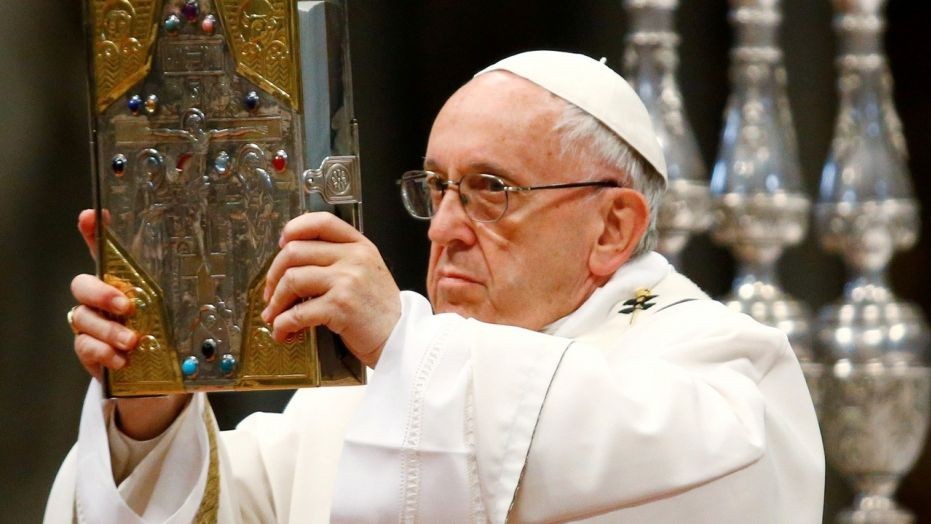 The Vatican on Thursday worked to set the record straight on whether Pope Francis denied the existence of hell in an interview with a well-known Italian journalist.

The controversy started when 93-year-old journalist Eugenio Scalfari, the founder of La Repubblica newspaper, publisheda report that he asked Francis where “bad souls” end up going, USA Today reported. Francis’ reply, according to the journalist, was that those who repent could be forgiven but those who do not, “disappear.”

The article, which ran on March 29, reported that Francis said “hell does not exist.”

“They are not punished, those who repent obtain the forgiveness of God and enter the rank of souls who contemplate him, but those who do not repent and cannot therefore be forgiven disappear,” Francis is quoted as saying. “There is no hell, there is the disappearance of sinful souls.” Scalfari, an atheist, does not usually use tape recorders during interviews, The USA Today report said. The Vatican said the story was the result of the reporter’s “reconstruction.”

“What is reported by the author in today’s article is the result of his reconstruction, in which the literal words pronounced by the Pope are not quoted,” the Vatican said. “No quotation of the aforementioned article must therefore be considered as a faithful transcription of the words of the Holy Father.”

According to Catholic Church teachings, there is a hell and it is for eternity.

“Immediately after death the souls of those who die in a state of mortal sin descend into hell, where they suffer the punishments of hell, ‘eternal fire.’ The chief punishment of hell is eternal separation from God, in whom alone man can possess the life and happiness for which he was created and for which he longs,” according to CNA.

In 2007, Pope Benedict XVI said hell “really exists and it eternal, even if nobody talks about it much any more.”

In 1999 Pope John Paul II declared that Heaven was “neither an abstraction nor a physical place in the clouds, but that fullness of communion with God which is the goal of human life.” Hell, by contrast, was “the ultimate consequence of sin itself … Rather than a place, hell indicates the state of those who freely and definitively separate themselves from God, the source of all life and joy.”