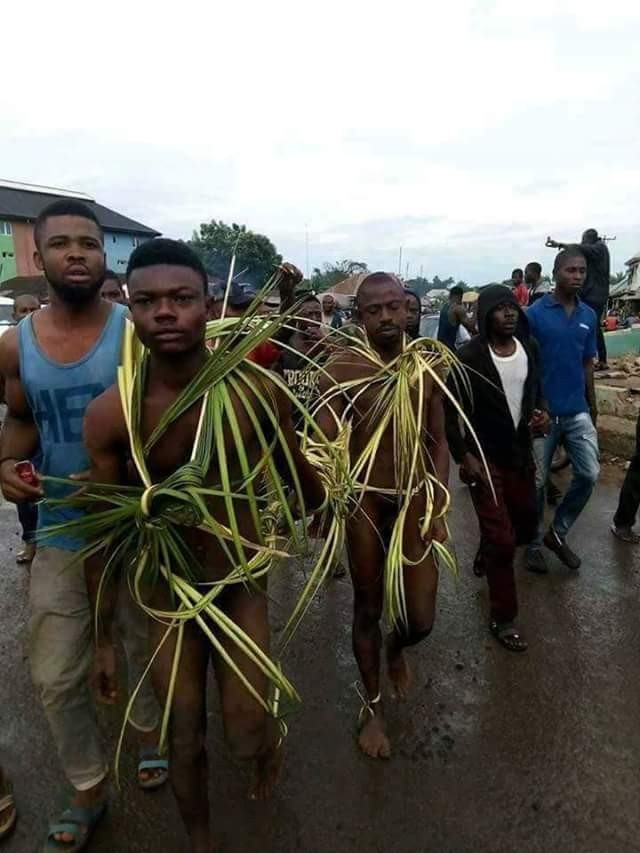 South Africa- based Nigerian preacher and Software Developer, Pastor Charles Awuzie, posted this in reaction to a man, who said the alleged eastern gay men caught in the act deserve to die. 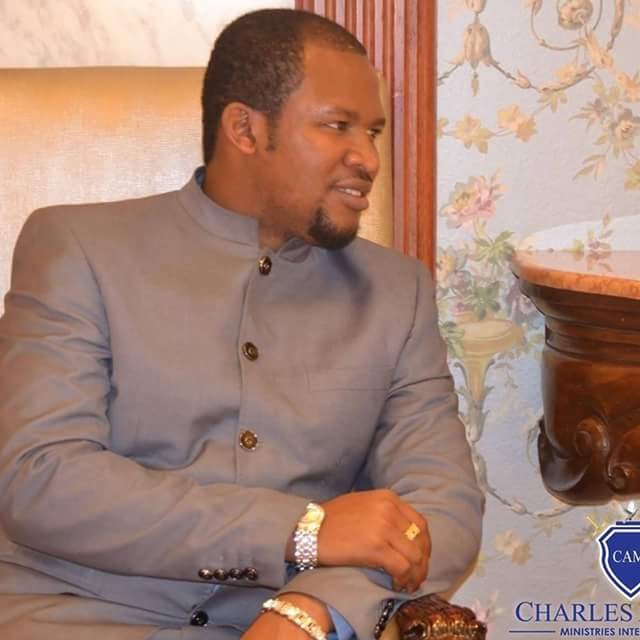 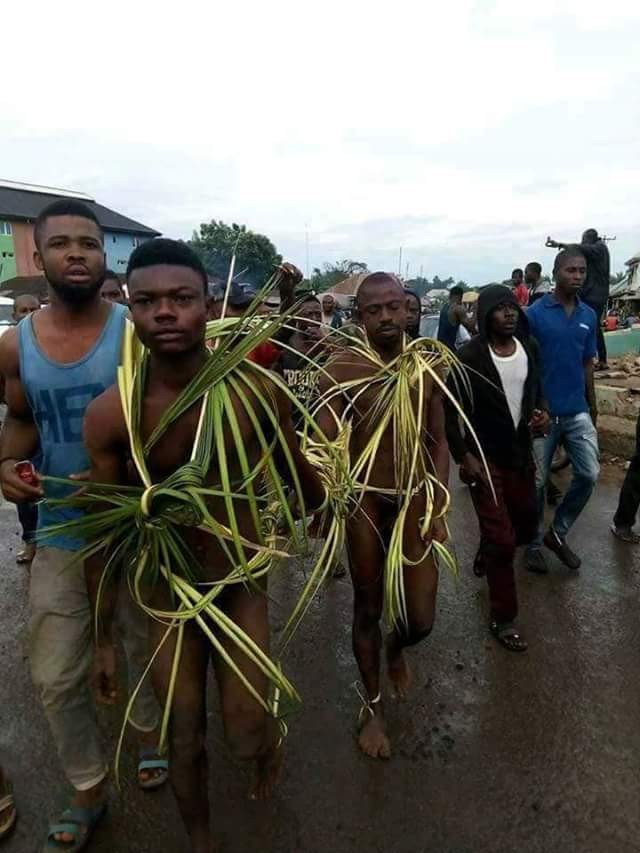 I posted about gays being lynched in Aba and this brother said they DESERVED TO BE KILLED. Chai.

No gay deserves to die. They deserve to be loved and shown Christ like every other human.

Religious Nigerians share same extremist tendency with Boko Haram – no difference. I just hope you all are seeing the Wickedness of religion.

I am not gay… I am very straight…. But I love gays enough to put my reputation on the ground and defend their blood. That’s love. Love is not defending tithe and false prophets, love is defending HUMANITY. 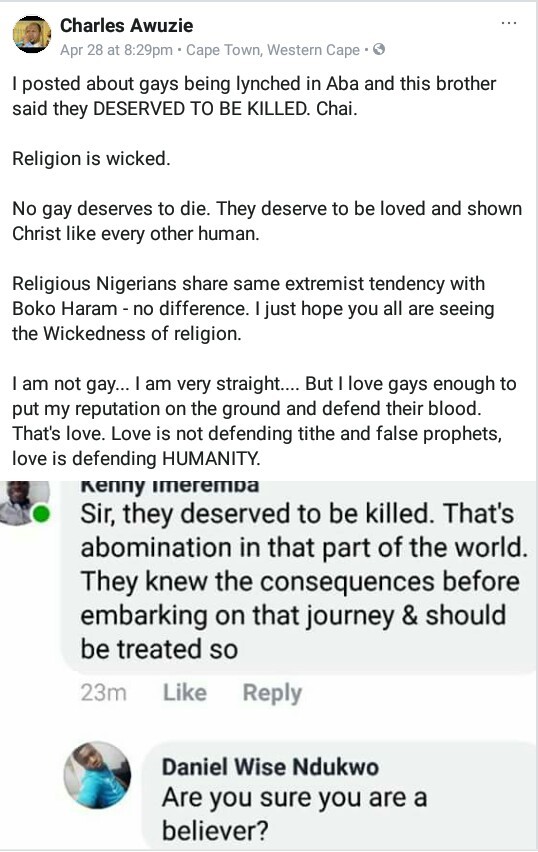 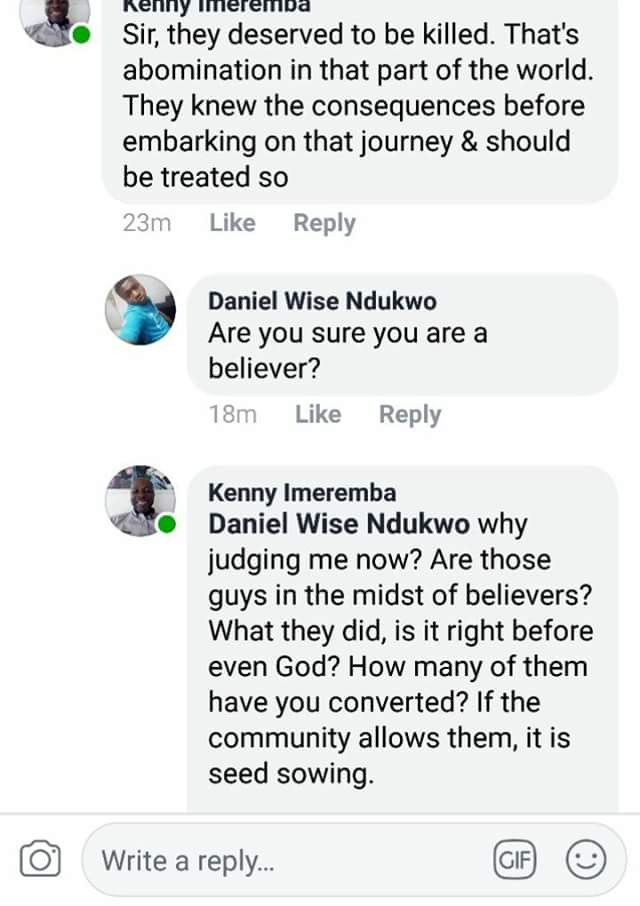