Tulips, daffodils and cherry blossoms on full display in Canada 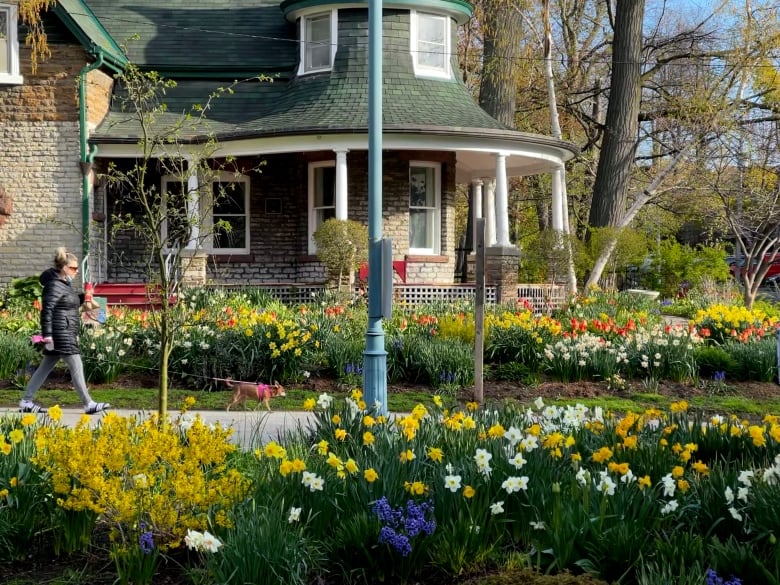 Spring is in full bloom across Canada with tulips, daffodils and cherry blossoms on display.

Here’s a selection of some of the best blooms that CBC photographers, video producers and others captured in recent days.

A dog walker passes the tulips, daffodils and other flowers at Kew Gardens in Toronto on Saturday.

A photographer works the scene at Major’s Hill Park in downtown Ottawa on Wednesday.

More tulips in Ottawa on April 13.

Daffodils on Marie Victorin Boulevard in Sainte-Catherine, Que., on Tuesday.

Bluebells bask in the sun at Rideau Hall in Ottawa on April  9.

Bluebells in Toronto on April 10.

Crowds flock to a residential street in east Vancouver to enjoy the large canopy of cherry blossoms during the Easter long weekend.

Two women walk in Stanley Park near a cherry tree in Vancouver on April 12.

A pedestrian walks past cherry trees at Kariya Park on April 19.

A young man enjoys the cherry blossoms at Trinity Bellwoods Park on Earth Day in Toronto.

The City of Toronto fenced off the cherry trees in High Park to discourage people from gathering during the peak blooming period. Here, an officer patrols Cherry Lane on April 27.

People catch up on a bench at Montreal’s Botanical Garden on April 27.

Kids share some food in downtown Vancouver on April 6.

People enjoy the sunset at Burnaby Mountain Park in Burnaby, B.C., on April 17.

A drone provides a bird’s-eye view of the cherry blossoms at Toronto’s High Park on April 27.