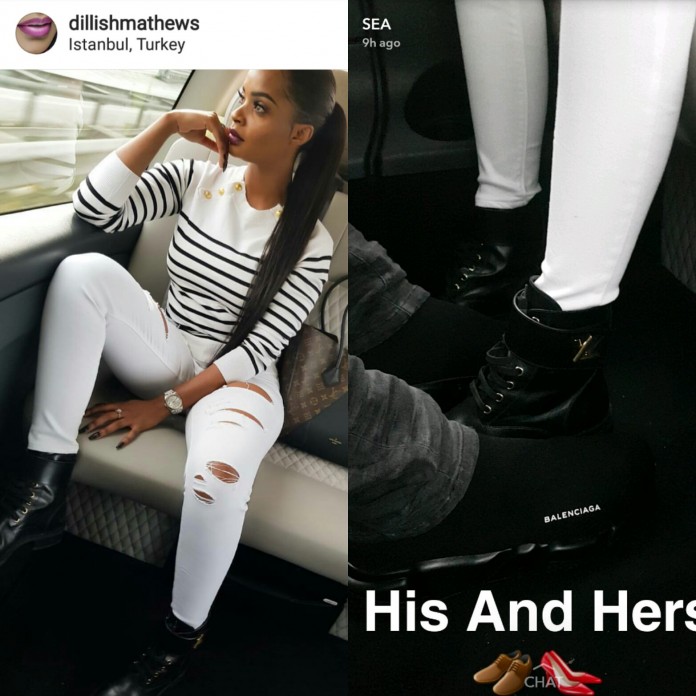 Togolese professional footballer Emmanuel Adebayor, who plays as a striker for Turkish club ?stanbul Ba?ak?ehir, accidentally revealed that he was dating ex-BBA winner, Dillish Mathews after posts they made on social media drew attention from observant people.

While visiting him in Turkey, Dillish shared a photo of herself today via Instagram but didn’t indicate she was there to visit anyone. It was Emmanuel’s ‘His and Hers’ post on Snapchat, which showed off part of Dillish’s outfit, that blew their secret open.