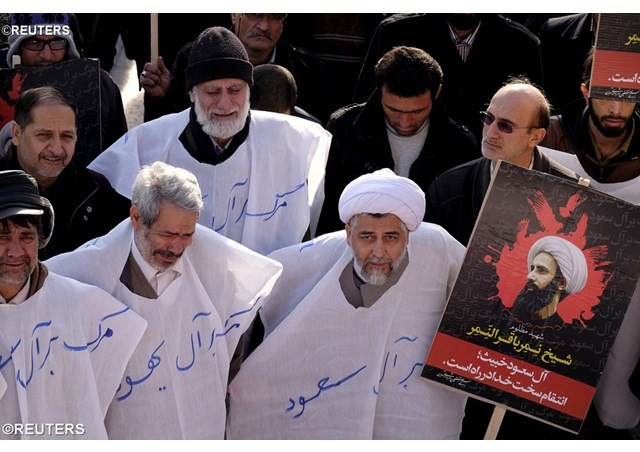 Sunni-ruled Saudi Arabia, which has one of the highest rates of executions in the world, has witnessed protests and clashes with police in its mainly Shiite eastern province since 2011.

Court documents obtained by the two human rights groups showed that a total of 38 defendants, including the 14 sentenced to death, were convicted of charges linked to demonstrations in the eastern province 2011 and 2012.

Most had been held in pretrial detention for more than two years, many of them in solitary confinement, the groups said.

“The rise in death sentences against Saudi Arabian Shiites is alarming and suggests that the authorities are using the death penalty to settle scores and crush dissent under the guise of combating ‘terrorism’ and maintaining national security,” said Sarah Leah Whitson of Human Rights Watch.

Amnesty International’s Lynn Maalouf said the death sentences, handed down in 2016 and upheld last month, were based on coerced confessions that were later retracted.

Maalouf said the verdicts were based on “sham court proceedings … that brazenly flout international fair trial standards” and should be overturned.

Authorities in the kingdom have accused protesters of “terrorism” aimed at destabilising the country.

Saudi Arabia also uses the term to describe drug traffickers and extremists loyal to the Islamic State group, who have executed a number of attacks on Shiites.