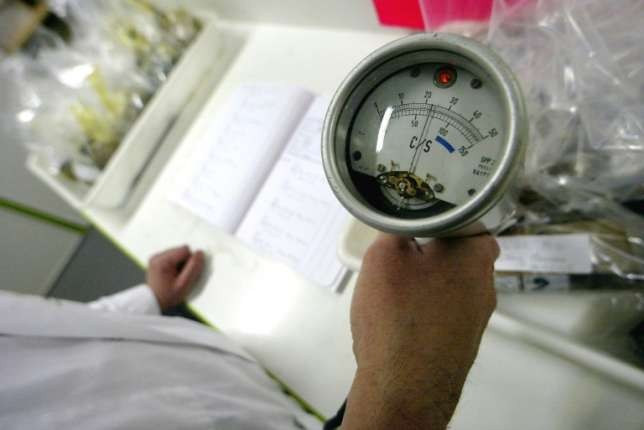 The move comes despite Russia’s denial that a nuclear accident had occurred at any of its nuclear facilities.

“Nuclear scientists have created a commission to discover the origin of ruthenium-106,” Rosatom said in a statement, also released by the country’s Nuclear Safety Institute.

The commission will include representatives of “Russian and European scientific organisations,” according to the statement.

“Rosatom will offer all necessary assistance to this commission and will inform the public of the results.”

On Monday, Russian meteorologists said a station close to the Mayak nuclear facility in the Chelyabinsk region detected “extremely high pollution” of the ruthenium-106 isotope during tests in late September.

The radioactive isotope is created by splitting atoms in a reactor and does not occur naturally.

Rosatom previously said there were “no incidents” at nuclear infrastructure facilities in Russia and that the concentration detected posed little threat.

Rosselkhoznadzor, Russia’s agricultural safety watchdog, on Friday denied “possible radioactive contamination” of land in the area, in response to concerns.

The Mayak facility in the southern Urals, which is under Rosatom’s umbrella, has said the contamination “has nothing to do with Mayak’s activities”.

The facility, which reprocesses nuclear fuel, said it has not produced Ru-106 for several years.

Mayak was the site of one of the worst nuclear disasters in history when a container holding radioactive waste exploded in 1957, prompting the evacuation of nearly 13,000 people from the area.

EU gives country ‘yellow card’ over illegal fishing The European Union said Monday it has given a “yellow card” to Vietnam, warning the Pacific country it could ban seafood exports unless Hanoi did more to tackle illegal fishing.
James Mattis US Secretary of Defense says to discuss N. Korea threat on Philippines trip Trump and the North’s leader Kim Jong-Un have meanwhile traded threats of war and personal insults.
Donald Trump US President tells Paris, Berlin to ‘keep making money’ via trade with Tehran US President Donald Trump said in an interview aired Sunday he does not object to France and Germany continuing trade with Iran, despite his refusal to certify the Iran nuclear deal.
EU’s Mogherini lobbies Congress to save Iran deal

MTN, Airtel, Glo, 9mobile Telcos lose 14 million subscribers in one year It appears that there’s been a purge of the telcos in the past one year.