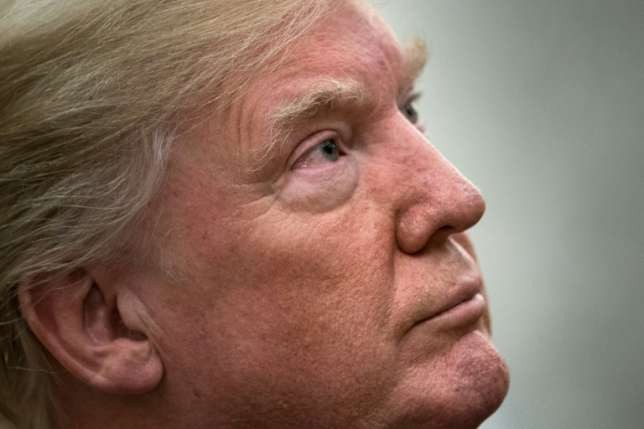 US President Donald Trump said in an interview aired Sunday he does not object toFrance and Germany continuing trade with Iran, despite his refusal to certify the Iran nuclear deal.

“They are friends of mine. They really are. I get along with all of them. Whether it’s Emmanuel or Angela,” Trump said, referring to French President Emmanuel Macron and the German Chancellor Angela Merkel.

“I don’t know what’s going to happen with that deal,” Trump said of the landmark 2015 accord, which on October 13 he refused to certify, leaving the pact’s fate to US Congress.

“When they buy those things, it is a little harder,” Trump said of French and German commercial dealings with Iran. “I told them just keep making money. Don’t worry. We don’t need you on this one.”

But speaking to journalists on a diplomatic visit to Riyadh, US Secretary of State Rex Tillersonsaid the US is “hoping” European companies and countries “will join the US as we put in place a sanction structure.”

“Those who conduct business with Iranian Revolutionary Guards, any of their entities — European companies or other companies around the globe — really do so at great risk.”

Tillerson had told the Wall Street Journal on Friday the Trump administration does not intend to disrupt European commerce with Iran.

The European Union has meanwhile expressed determination to preserve the Iran deal, with several leaders considering it essential to convincing North Korea to come to the negotiating table over its own nuclear program.

Share
Facebook
Twitter
WhatsApp
Pinterest
Linkedin
ReddIt
Email
Print
Tumblr
Telegram
Mix
VK
Digg
LINE
Viber
Naver
Previous articleIn Australia Lost diver swam miles to shore stalked by shark A diver separated from his boat off the coast of Australia said Sunday he was lucky to be alive after being forced to swim miles back to shore — shadowed by a large tiger shark.
Next articleIn France British woman dies after fall from riverboat A British woman died Saturday night after falling from a boat which hit a beacon in the Rhone river in Avignon, southern France, emergency services said.