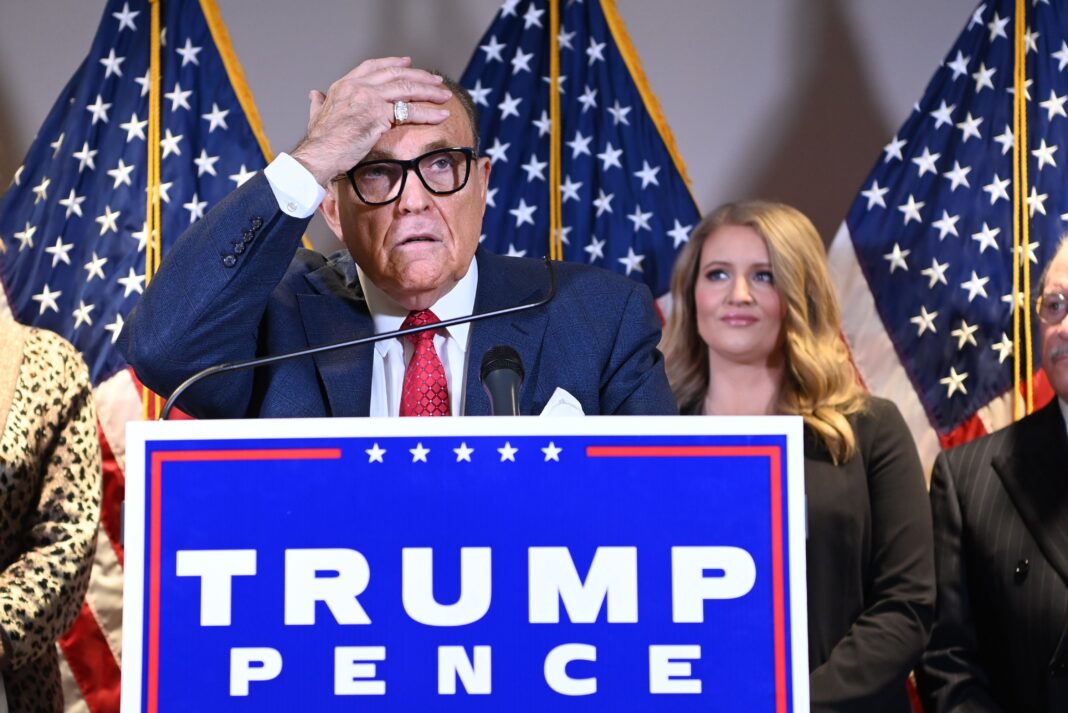 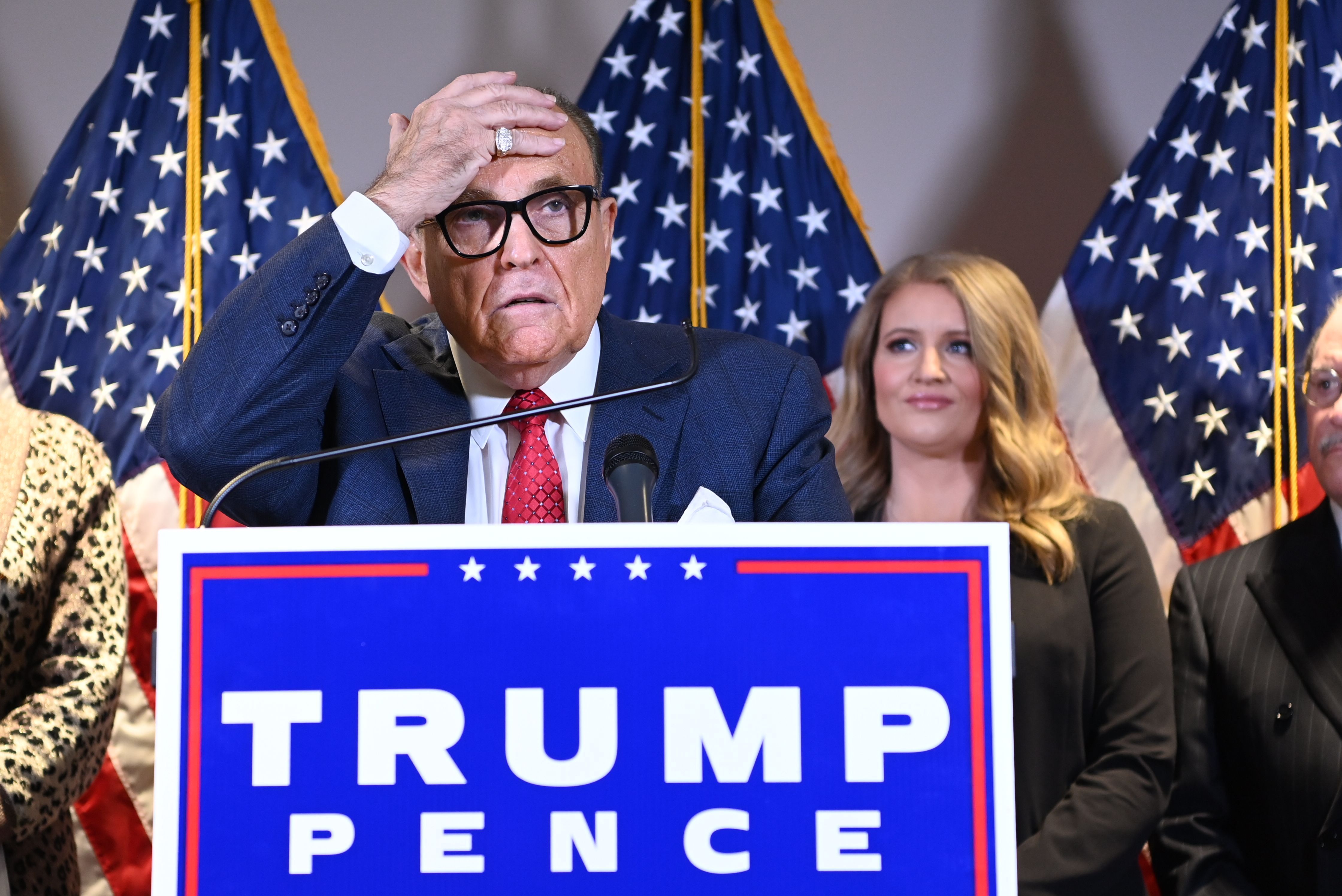 Donald Trump’s former personal attorney Rudy Giuliani tried to sic New York City police on the “Borat” crew for “extortion” after being filmed in an embarrassing scene reaching down his pants on a Manhattan hotel bed, a producer of the movie revealed Saturday.

The scene showed Giuliani lying on his back and reaching toward his crotch as “Borat Subsequent Moviefilm” actress Maria Bakalova, playing a reporter, stood by following an interview with him. Giuliani claims he was tucking in his shirt.

When he realized the crew had pranked him, Giuliani “claimed we were trying to extort him at the time [but] we didn’t ask for anything,” movie producer Monica Levinson said in a Producers Guild of America panel, which was first reported by Deadline.

“He called all of his New York City cops and said ‘extortion,’ which was a federal crime,” Levinson added. It was “smart to bring that up,“
she added, indicating it could get the police’s attention, even though it was a completely false claim.

After the dust-up, the hotel locked the “Borat” crew out of the suite where they had filmed Giuliani, Levinson said. But the crew had already transferred the footage out of the room. “That’s always out first,” she explained. “There are always ways to make sure we got out the data.”

But their equipment remained locked in the room, and they were forced to rent new equipment, she said, Deadline reported. “It was a really stressful time that evening because the hotel wouldn’t let us take anything out of the rooms,” she added.

“This guy comes running in, wearing a crazy, what I would say was a pink transgender outfit,” Giuliani told Page Six, in a transphobic screed. “It looked absurd. He had the beard, bare legs, and wasn’t what I would call distractingly attractive.”

He said he “only later realized it must have been Sacha Baron Cohen. I thought about all the people he previously fooled, and I felt good about myself because he didn’t get me.”

Giuliani didn’t provide details to Page Six about his conversations with city police. And he did end up in “Borat.”

Nothing came of the Giuliani complaints, but Levinson was worried at the time after spending some 19 hours behind bars during the filming of the original 2006 “Borat.”

“We ended up confabbing with our lawyers,” Levinson said. “I called the production team and said, ‘Let’s get everyone to New Jersey tonight.’ It was 11 p.m. I didn’t want a repeat of what happened to me in the first movie happening to the entire crew.”

Levinson was interviewed along with several other nominees on Zoom as part of the lead-up to the PGA virtual awards ceremony on Thursday. Levinson and Borat co-producers Anthony Hines and Cohen have been nominated for the Outstanding Producer of Theatrical Motion Pictures.

Bakalova has been nominated for an Oscar for her role in “Borat.” The film won best comedy and Cohen won the best actor in a comedy at the Golden Globes.

Giuliani has garnered a Razzie nomination for Worst Supporting Actor. He could not immediately be reached for comment on Levinson’s remarks.