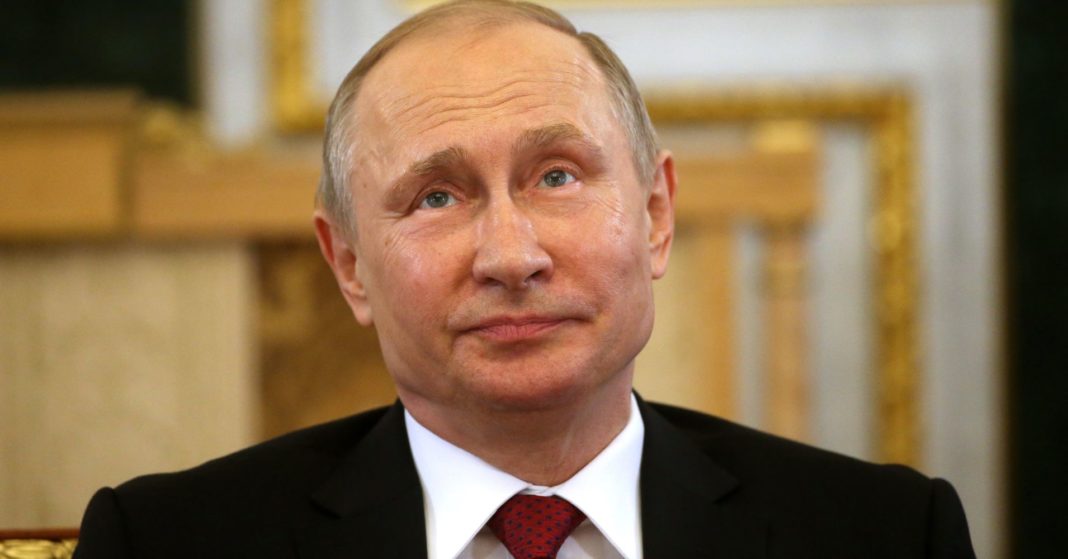 Russian President Vladimir Putin upped the ante Wednesday by saying he was prepared to develop nuclear-tipped missiles if the U.S. withdrew from a Cold War-era arms agreement.

Putin, in televised comments, said Moscow would develop midrange nuclear missiles, a weapon that is currently banned from U.S. and Russian arsenals under the Intermediate-Range Nuclear Forces, or INF, Treaty.

The INF treaty, signed in 1987 between President Ronald Reagan and Soviet leader Mikhail Gorbachev, prohibited the development and deployment of ground-launched nuclear missiles with ranges of 310 miles to 3,420 miles.

President Trump has promised to withdraw from that treaty, claiming Russia has been cheating. Secretary of State Mike Pompeo offered an ultimatum to Russia on Tuesday. The Russian leader suggested the U.S. was the one itching to escalate the arms race.

“Now it seems our American partners believe that the situation has changed so much that the United States must also have such a weapon. What’s our response? It’s simple: in that case we will also do this,” Putin said.

Putin’s response came a day after Secretary of State Mike Pompeo cited material evidence that Russia has quietly added nuclear-tipped missiles, that are currently banned by the INF treaty, to its colossal arsenal.

Russia, Pompeo said, has developed “multiple battalions of the SSC-8 missiles,” a move that falls outside of the Cold War-era arms agreement.

“Its range makes it a direct menace to Europe,” he said after a meeting with his NATO counterparts.

Pompeo then offered Russia an ultimatum: come into compliance of the agreement within 60 days or the United States will exit the weapons pact.

NATO also called on Moscow to “return urgently to full and verifiable compliance,” on Tuesday. “It is now up to Russia to preserve the INF Treaty,” wrote NATO foreign ministers in a joint statement.

Abigail Stowe-Thurston, a researcher at the Federation of American Scientists said the U.S. and its allies need to do more. “This ultimatum may buy the United States and its allies time, but this approach, especially without substantial diplomatic engagement, is not likely to convince Russia to return to compliance with the treaty.”

Last month, President Donald Trump threatened to withdraw from the INF Treaty saying that Russia has violated the arms agreement by “for many years.” On behalf of the administration, national security advisor John Bolton flew to Moscow to personally deliver the message to the Kremlin.

“It is the American position that Russia is in violation,” Bolton told reporters after a meeting with Russian President Vladimir Putin last month. “It is Russia’s position that they are not in violation. So one has to ask, ‘How do you convince the Russians to come back into compliance with obligations they don’t think they’re violating?'”