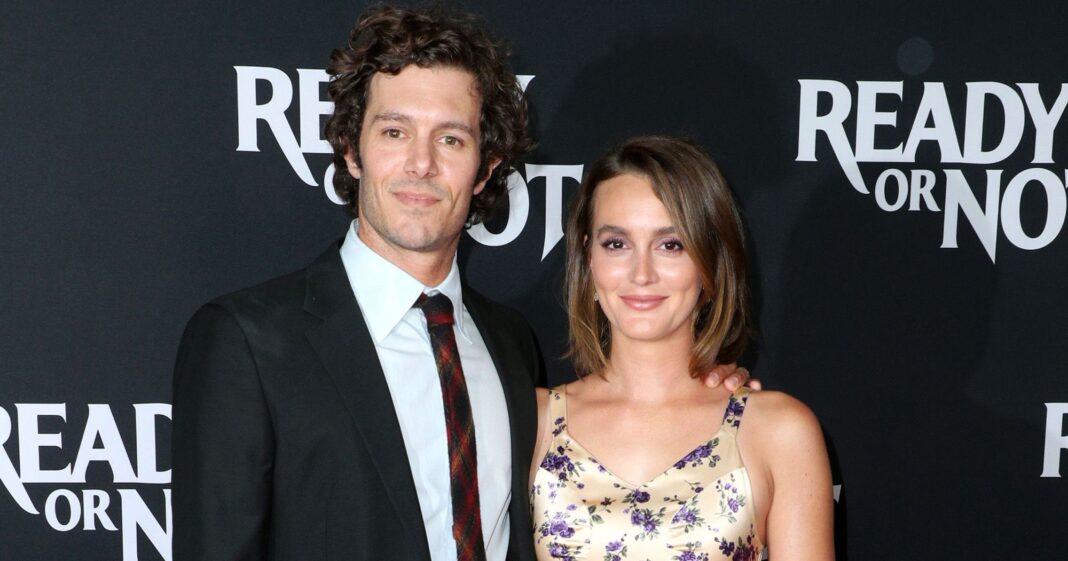 Seth Cohen and Blair Waldorf clean up nice! Adam Brody and Leighton Meester made a rare public appearance together at the premiere of Ready or Not in Los Angeles on Monday, August 19.

The O.C. alum, 39, and the former Gossip Girl star, 33, looked picture perfect as they kept close on the red carpet.

The twosome, who tied the knot in 2014, are parents of daughter Arlo Day. While Brody and Meester are notoriously private about their relationship, he opened up about their 4-year-old’s recent birthday party during an interview with ABC News earlier this month.

“We had pretty big parties for the first three and then this one, she was, I think, getting shy about it. We kept asking her what she wanted to do,” Brody explained. “And she’s like, ‘I don’t want my birthday. I don’t want to turn 4.’ … We kind of obliged. We just had a couple friends over and it was lovely, actually.”

Brody and Meester, who met on the set of The Oranges in 2011, reunited onscreen earlier this year during the season finale of her hit ABC sitcom, Single Parents.

“He’s my best friend. I wanna work with him on everything, and I think he’s the best in everything,” The Roommate actress gushed to The Hollywood Reporter in May. “He’s really good. I was not at all, like, worried if he would completely do amazing at that part.”

Brody recently had an offscreen reunion with former O.C. costar and ex-girlfriend Rachel Bilson, too. The pair, who portrayed Seth and Summer on the former Fox series, ran into each other at the airport on August 13.

“Ran into my ol buddy from jfk to lax #californiaherewecome,” Bilson, 37, captioned a sweet selfie from John F. Kennedy International Airport in New York via Instagram. Brody opened up about the brief reunion to Entertainment Tonight at Monday’s premiere, confirming to the outlet that the former costars didn’t discuss reboot possibilities.

“We didn’t. We talked about rebooting Friends, maybe?” he quipped. “But we didn’t talk about a reboot, we talked about old times.”