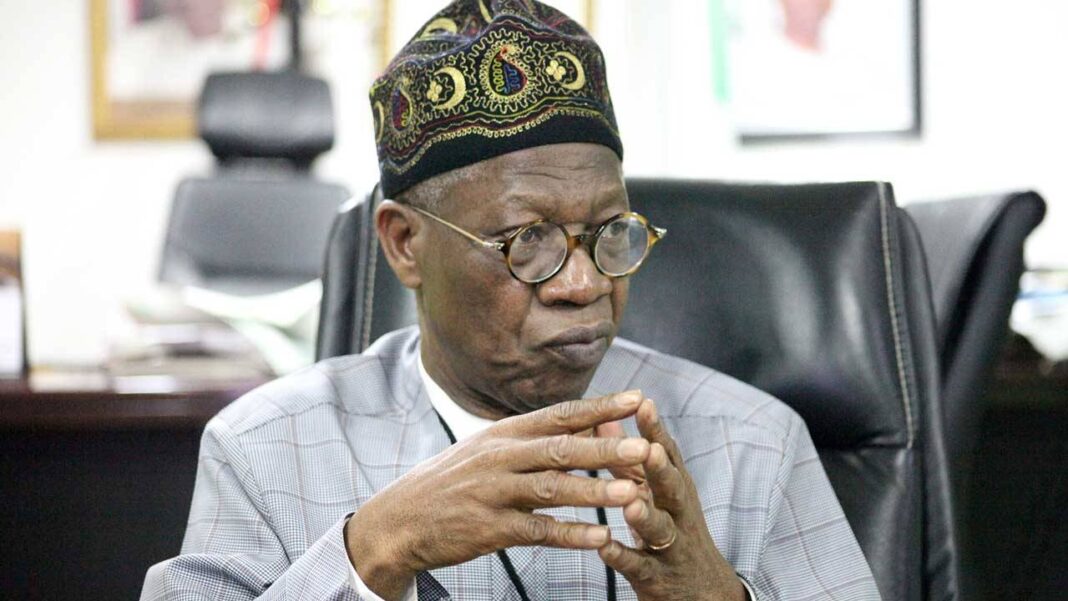 The Federal Government has explained how the recent hike of fuel price will benefit Nigerians.

The hike in the cost of fuel, as a consequence of deregulation in the past few days, has led to various reactions, including a planned nationwide strike by the labor union.

Some Nigerians accused the government of being insensitive to the plight of Nigerians, especially during a pandemic.

Minister of Information, Lai Mohammed while addressing newsmen in Lagos on Saturday said, unlike popular opinions, the government is not insensitive to Nigerians, adding that the full deregulation of the petroleum sector and the service-based electricity tariff adjustment will in the long run benefit the ordinary people.

Explaining how the minister said: “Let’s start with deregulation. Ordinary citizens are not the beneficiaries of the subsidy on petroleum products that have lasted for years. Between 2006 and 2019, a total of 10.4 trillion Naira was spent on fuel subsidy, most of which went to fat cats who either collected subsidy for products they didn’t import or diverted the products to neighboring countries, where prices are much higher. Instead of subsidy, ordinary Nigerians were subjected to the scarcity of petroleum products.

They endured incessant long queues and paid higher to get the products, thus making the subsidy ineffectual.”

The minister added that aside from the benefits, the government can no longer afford the cost of subsidy due to the economic conditions.

“Apart from that, the truth is that the government can no longer afford the cost of the subsidy, especially under the prevailing economic conditions. Revenues and foreign exchange earnings by the government have fallen by almost 60%, due to the downturn in the fortunes of the oil sector. And there is no provision for subsidy in the revised 2020 budget.

“So where will the subsidy money come from? Remember that despite the massive fall in revenues, the government still has to sustain expenditures, especially on salaries and capital projects,” Lai Mohammed added.